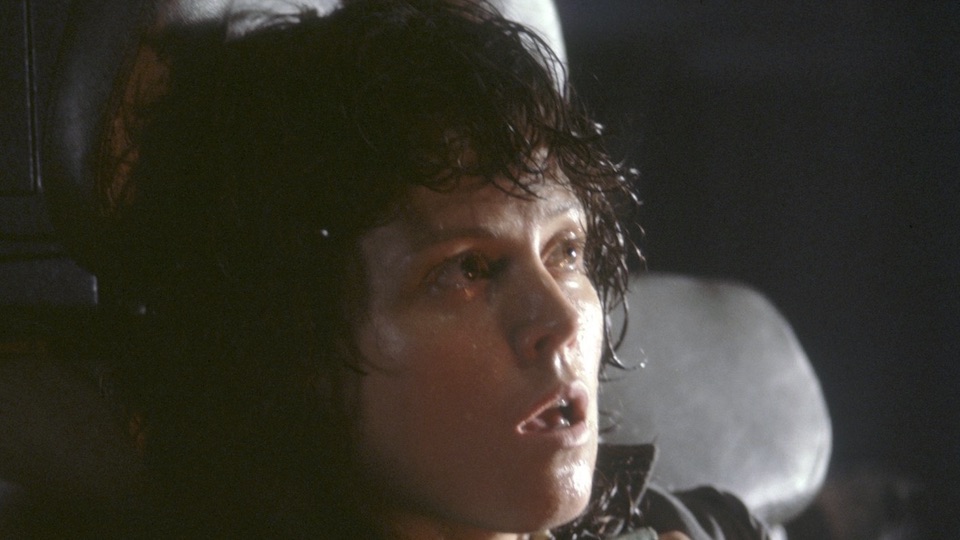 Getting science fiction right on any screen – big or small – is extremely difficult. You only have to look at decades of schlocky B-movie disasters and old, slightly embarrassing episodes of Doctor Who to really appreciate this. However, in the spring of 1979, Ridley Scott et al. did something truly astounding. They created an intense, heart-pounding exercise in science fiction which still, even 40 years on, feels as fresh and as entertaining as the day it was released in theaters.

Alien is sadly more remembered by a lot of people nowadays as the launchpad for a variety of lesser sequels. Prometheus and Alien: Covenant have attempted to return the franchise to its roots with less than brilliant success. The same problem here lies with the issues that the 2011 prequel to The Thing faced – did Alien really need all those sequels, and all this lore?

There is immense joy in Alien’s unknown. Thrust onto a blue-collar spacecraft supposedly headed for home, we are not in your average science fiction story. For Ripley and the crew, this was business as usual. There are no Starfleet dramatics here or big, nasty Empire baddies to deal with. There is simply a grotesque, unfathomably horrifying beast, lurking in the dark. There is a creature thumping, pulsating, waiting to burst through your chest. The tension in Alien is perhaps unlike any other I’ve seen in film.

Part of this is down to the sheer malevolence in the design of the alien in question, the xenomorph. A jet-black, gangly, dual-mouthed horror born out of HP Lovecraft’s worst nightmares. This beast is pure HR Giger at his best, and while we may not see the slavering, relentless killing machine for much of the movie’s run, it has left a mark as one of the most enduring creature designs to have ever rattled across our screens. There has never been another horror or science fiction creation quite like the xenomorph, and its sheer mystery, balanced with its malevolence, makes it all the more frightening.

Alien’s appeal lies in the unknown. So, too, does its endurance. The name alone – simply Alien – tells you everything you need to know. This was before the age of movie franchises growing beyond all proportion (save a few Police Academy movies here and there). As a standalone piece, we are given just enough information to crave more – and part of the beauty in watching the horrors unfold lies in the fact that we’re not given any solid answers. It’s wonderfully infuriating. That, to me, is where the sequels and the prequels went wrong – they tried to build a lore that was always bound to disappoint somebody.

Alien is home to some of the most iconic moments in cinema history, not just in terms of horror or science fiction. John Hurt succumbing to one of the most painful and nauseating screen deaths of all time – where an alien hatches free from him, bursting his chest wide open in a slimy, gristly mess – remains intensely disturbing to behold to this day. If the end result doesn’t get you, the build-up will. The fear of having your face squeezed and contorted by aliens flinging themselves from eggs was a new one on moviegoers, too. Unlike other sci-fi movies and creature features up to this point, Alien presented a handful of seriously incomprehensible horrors, pacing them wonderfully with tension you can saw through. As with The Thing from 1982, the true horror lies in the dread, the unknown, and the waiting around. Something bad is certainly going to happen – what exactly what that is, and when it will happen, has us gripping our seats.

Alien was a rightful award-winner. Science fiction barely gets any Oscar nods these days – Arrival may have been the last high-profile picture to truly challenge the genre – and I think that’s partly because Alien spoiled us. The movie set the tone for horror pictures for decades to come, only in the wrong way. Modern horror tropes have taken much of the joy out of the dread and tension and instead throw meaningless ‘jump scares’ at us every ten to fifteen minutes. Without this context of unknown dread, it is literally just someone popping out and shouting “boo!” – when the xenomorph appears, you don’t stop feeling scared after jumping – you continue to question what on Earth you’re looking at.

This was a movie which put many stars on the map. In particular, of course, Sigourney Weaver, who would come back to the franchise a handful more times. Hurt, of course, had a career festooned with hundreds of wonderful performances – but even up to his last, he would still be best-known to millions as the man who had an alien pop out of his chest. Ridley Scott, too, became a household name thanks to Alien – and he’d strike gold again a few years later with Blade Runner, also regarded as a cornerstone of modern science fiction.

Alien hasn’t aged because its techniques are oddly refreshing. The horror and science fiction tropes we’re treated to in the modern age rarely try anything new. This isn’t me attempting to sound like a fuddy-duddy – it’s true. Horror fans want to feel uncomfortable, unpleasant, and scared. Science fiction fans often want to see unique creations, twisted concepts, and dark scenarios. In 1979, Alien changed the game – and even if you watch it now, you can see how much of an impact it left.

Alien’s 40th anniversary has been roundly celebrated this year, and for good reason. While its follow-up, Aliens, did well to continue the story without going too far off the deep end, purists will tell you to stop here. Sometimes, you have to leave stories, concepts, and scenarios alone for them to retain their gravitas. It’s a shame that Alien devolved into a franchise that’s been a tug-of-critical-war for over thirty years. However, we can still look back at the original, turn off the lights and be terrified all over again.