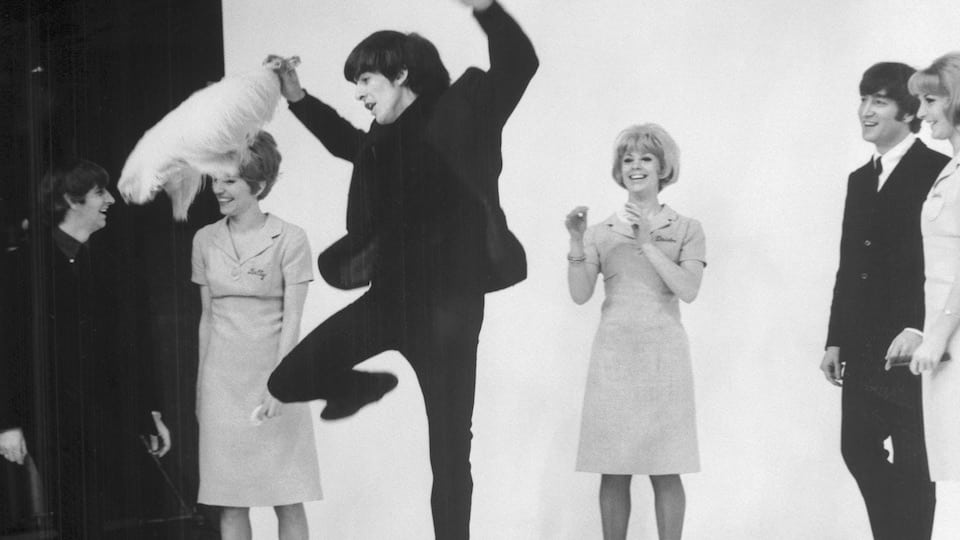 When you consider how many young women were screaming out “John!,” “Paul!,” “George!” or “Ringo!!!” during the British Invasion, it only makes sense that The Beatles would sing a few names back to their adoring fans. Last year, we listed some Fab Four tracks that referenced girls’names, classics so prominent that it’s a wonder there wasn’t a subsequent generation riddled with “Prudences,” “Marthas,” “Sadies,” “Eleanors,” and “Ritas.” And while this list might not be truly complete (two additional “girl-titled” covers — The Jodimars’ “Clarabella” and Chuck Berry’s “Carol” were released after The Beatles disbanded), these songs still merit attention.

This funky cover finds Sir Paul channeling the voice of Little Richard, one of the song’s creators (the others being Robert “Bumps” Blackwell and Enotris Johnson) while also making it completely his own. Featuring dueling guitar solos by John and George and recorded in one fluid take during the Hard Day’s Night studio sessions, the tune was released on The Beatles Second Album and remains a sassy crowd-pleaser to this day.

Covered by everyone from The Flamin’ Groovies to The Flying Lizards, this rousing, rockin’ standard was written and performed by Larry Williams in 1958 then immortalized on Beatles VI some years later. In the 1995 TV documentary Anthology, McCartney shared a memory about an outtake that included testy exchanges between producer George Martin and Lennon, who apparently wasn’t delivering on the “excitement” front. Some in-studio guidance from Martin and eventual overdubs helped, but let’s give credit where it’s due: Lennon raises the roof with his soaring sexy vocals, boogie-woogie sensibilities, and sense of timeless fun.

An otherworldly trip which appears on the seminal Sgt. Pepper’s Lonely Hearts Club Band, this unforgettable number is cherished for its fantastical Alice in Wonderland imagery while its endearing title alludes to Lennon’s son Julian’s drawing of his little friend Lucy. Popular with the acid-dropping crowd, the title was widely believed to subtly spell out “LSD” — though all members of the band have repeatedly denied this. Regardless, the multi-layered musical arrangement coupled with fantastical lyrics make “Lucy in the Sky with Diamonds” unique in its appeal.

Okay, “Penny Lane” wasn’t initially a girl’s name but the song title made enough of an impression on movie director Cameron Crowe that he named Almost Famous’s lovable groupie (played by a transcendent Kate Hudson) after the song. Featured on Magical Mystery Tour, this catchy ditty actually nods to a Liverpool bus depot from John’s and Paul’s youth. The lilting melody is embellished by vivid descriptions of a bygone era peppered with poignancy, humor, and even a few sly references to sex and drugs. And who else but The Beatles would work in a piccolo trumpet solo? No surprise: Penny Lane street signs are endlessly stolen (and replaced) in Liverpool.

How many of you recall this odd ad-libbed fragment (clocking in at 38 seconds) at the end of Let It Be? It’s a 19th-Century Merseyside folk song about a prostitute who robs a sailor, a tune the Fab Four often sang while warming up in the studio. Since Let It Be was intended to have a bit of a raw, “live” sound, this bit was kept on the album as a tacked-on piece of quirk that’s become part of musical history. Sadly, “Maggie Mae” was left off some 2003 releases that were overly invested in a tight studio sound. We won’t shortchange it here!