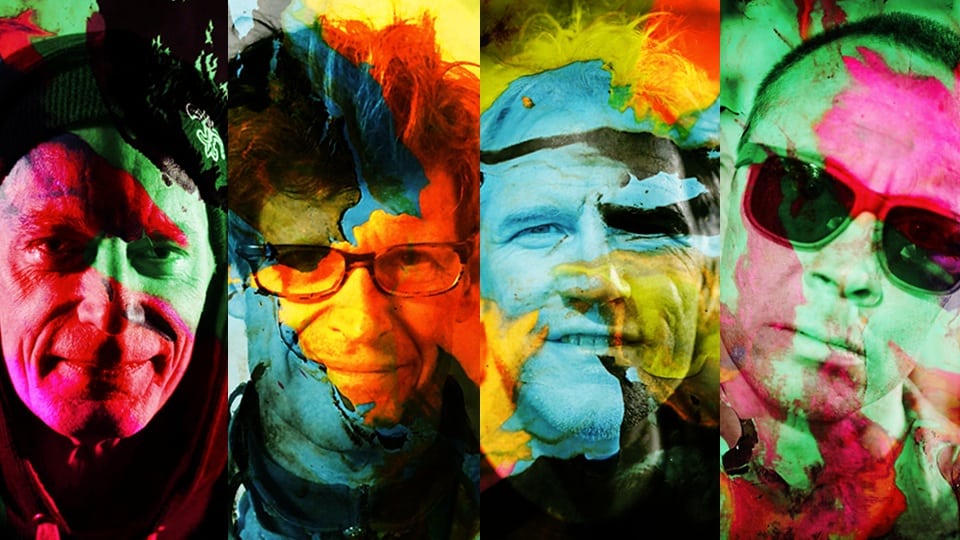 Nolatet’s debut LP Dogs (2016) has been described as “brilliant” (Offbeat), “magic” (Downbeat) and “intoxicating (All About Jazz) so of course interest in their sophomore effort No Revenge Necessary runs fairly high. Well, the new album does not disappoint. Just in time for the New Orleans Jazz & Heritage Festival (running now through May 6), two band members — bassist James Singleton and pianist Brian Haas, composers both — answered a few questions from CultureSonar about their latest release, in anticipation of an upcoming tour headed everywhere from Portland to Pittsburgh after launching in the Crescent City itself.

CultureSonar: Maybe it’s partly due to the instrumentation (vibraphone, bass, drums, piano) but there’s something really engaging about the opening song “Lanky, Skanky Maestro.” It sounds like very old school jazz rekeyed for a contemporary ear. Is there a period of jazz to which you relate most strongly?

James Singleton: Actually, I disdain categories, genre, and the notion of historical periods; though I recognize their value for marketing. “Lanky Stanky Maestro” is played as a greasy 2-beat which certainly brings to mind earlier New Orleans styles, but I believe the composition and performance both handily transcend narrow categories.

Brian Haas: I like all the different periods of Jazz equally. It all depends on my mood and what I am going through in life as to what I might choose to listen to day to day. To me, the sonic lineage of Jazz sounds like one very long story leading right up to today.

[ulp id=’CXGjpFhOkqSVuSIA’] CS: Some of the compositions convey a sense of noir-like atmospherics; another would fit right in with the French New Wave. Do you have a favorite jazz movie score of all time?

BH: My two favorite “Jazz” movie scores would be Round Midnight and Broken Flowers. Round Midnight‘s score gives me that melancholy feeling of the inevitable demise and collective malaise we all share as death moves closer day by day. The music of Broken Flowers, mixed with Bill Murray’s strange mission in the movie, exudes a humorous, relaxed urgency as Bill Murray’s character rushes towards self-realization.

CS: Your quartet is tight but if you were to add a fifth instrument to the lineup, what might it be?

JS: At this point, it is most interesting to listen as other voices emerge from the existing ensemble. The saxophonist Mark Southerland has added a LOT from time to time, not because he offers textures we don’t have, but because he is a visionary storyteller with common values.

CS: Far from being hyper-traditionalists, Nolatet is unafraid of letting electronic sounds infiltrate tunes like “Homer and Debbie” and “Bluebelly.” Do these textures come up during the jam so to speak or are they layered in afterward? What’s the process when creating songs like these?

BH: For better or worse all those sounds are completely improvised at the time. No overdubs and no discernible process, just improvisation.

JS: All electronic effects are done live. I don’t object to post-production tricks, but one of the reasons we get such surprising results so far is the ability to generate so many textures live.

CS: James Singleton’s “Dike Finger” was composed in response to Hurricane Katrina. How has the music community in the Crescent City changed since the hurricane? Has the sound of New Orleans jazz actually morphed in some way because of it?

JS: It’s very difficult to generalize about the music itself. It does seem to be a new golden age of innovation, cross-pollination, and new audiences for far-reaching improvisation, but that to me is the main story of New Orleans starting in the mid-19th century.

BH: I don’t live in NOLA, but my perception of the music after Katrina is that it became way less traditional and more experimental. The composers and musicians of NOLA began to dive more into the chaos of a city in shambles and relied less on tradition.

CS: Your new album No Revenge Necessary is entirely made up of original compositions but is there a “non-jazz” song that you’ve secretly always wanted to deconstruct with jazz?

BH: I’ve always wanted to deconstruct Bartok’s Second Piano Concerto because it was the piece of music that burned me out on playing and performing classical music. It is incredibly difficult and seems to contain worlds upon worlds of ideas.

CS: I understand you’ll be playing at the New Orleans Jazz Festival, but who are you most excited about hearing at this year’s fest?

JS: The festival is mainly a social event for me at this point. Seeing old friends and catching up. I always look to see if there are players from afar that I need to hear. Last year the Cubans stole the show, but I’m not sure yet this time.

CS: Outside of the Festival, where are your favorite places to go hear live jazz in New Orleans?

JS: Over many years Snug Harbor has honed their venue into a high-level listening experience. A newcomer that went straight to the top is SideBar: the most intimate room I have ever played. Excited about Marigny Opera, big shows at Chickie WahWah, HiHo, Music Box. Of course, Zeitgeist presenting music AND film that nobody else seems to know for 30+ years now. Mainly it’s the programming that gets my nose open.

0 comments on “Nolatet Is Still Swinging on Their Second Album”