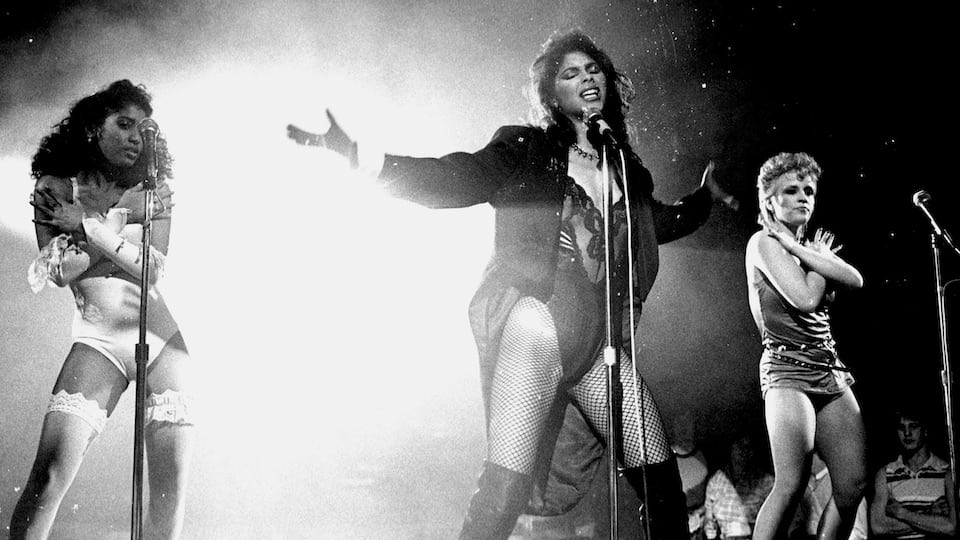 Earlier this year, Prince fans were elated at the unearthing of his own version of “Nothing Compares 2 U,” the song that became a massive hit for Sinead O’Connor in 1990. Prince wrote the song for his side project The Family, and it was released on their only album in 1985, with a lead vocal by Paul Peterson. Like the rest of that album, the song earned zero acclaim at the time. But the Prince version that got the world in an uproar a few months ago actually follows the arrangement of The Family’s recording quite closely. So it might be time to take another look at some of Prince’s side projects from the 80s, most of which were basically “stealth” Prince albums, where he wrote, produced, and performed most of the material and put somebody else up front (all released on his own Paisley Park imprint, of course). Here’s some of what you might have been missing.

Related: “The Omnipresence of Prince”

One of the earliest indications of Prince’s impresario tendencies was his creation of distaff trio Vanity 6, in which he included old flame Susan Moonsie and new one Vanity a.k.a. Denise Matthews. But while some Svengalis might hog the credit, Prince often credited his own contributions to others — he wrote, produced, and played most of the instruments on the trio’s lone album, but credited much of the writing to the ladies and listed The Time as the band for the sessions. Vanity herself was set to co-star in the Purple Rain movie, but instead departed Prince’s Paisley empire. He replaced her in both the film and the group with Apollonia Kotero, rechristening the latter Apollonia 6.

The aforementioned Time aren’t included in this list because they’re too well known, but their first couple of albums were basically Prince creations with Morris Day on vocals, and Prince’s production, writing and playing misleadingly credited to others. That said, after The Time (who eventually became a self-contained band) split up, Prince built a new group around a couple of the members, adding Eric Leeds on sax and Paul Peterson and Susannah Melvoin (twin sister of The Revolution’s Wendy) on vocals. Again, Prince handled almost everything but the vocals and gave the credit to others. The track “Mutiny” became a mainstay of Prince’s own sets, and if you’ve read the intro you already know the story with “Nothing Compares 2 U.”

Related: “The 10 Best Prince Songs You May Have Never Heard, Pt. 2”

The Flesh was one of the countless projects the insanely prolific Prince left lingering in his vaults simply because he had too much else going on at the time. Featuring sax man Eric Leeds from The Family, the unreleased, all-instrumental album by The Flesh found Prince exploring the jam-loving jazz-funk side of his musical personality, an aspect that had been present since his teens but got little time in the spotlight. Prince mostly played drums on the album, with Leeds taking the forefront. Wendy and Lisa, bassist Levi Seacer, Jr., and Wendy’s brother Jonathan were all on hand as well. But don’t feel too bad about The Flesh never seeing the light of day; Prince’s jazz jones would soon surface with Madhouse.

Prince longstanding jazz inclinations — his father was a jazz musician, so the tendency was inculcated early — finally got their first real day in the sun with Madhouse. An extension of The Flesh, Madhouse was an instrumental jazz-funk fusion project, with Prince handling everything but sax and flute, which were the province of Eric Leeds. Again others were credited for Prince’s production, performance, and composition; his name appeared nowhere on the first Madhouse album, 8, nor its follow-up, 16.

Jill Jones had been a backup singer for Prince (not to mention occasional paramour) for some time before he got around to overseeing her first solo album. Prince played all the instruments on most of the tracks, and wrote all the songs, though he credited Jones with several. With orchestral arrangements from jazz great Clare Fischer, who worked on several Prince albums, Jones’ s debut represented a more expansive side of Prince’s work. Unfortunately, the record didn’t gain much traction, and Jones didn’t release another album until 2001.

0 comments on “5 “Stealth” Prince Albums: The Purple One’s Side Projects”