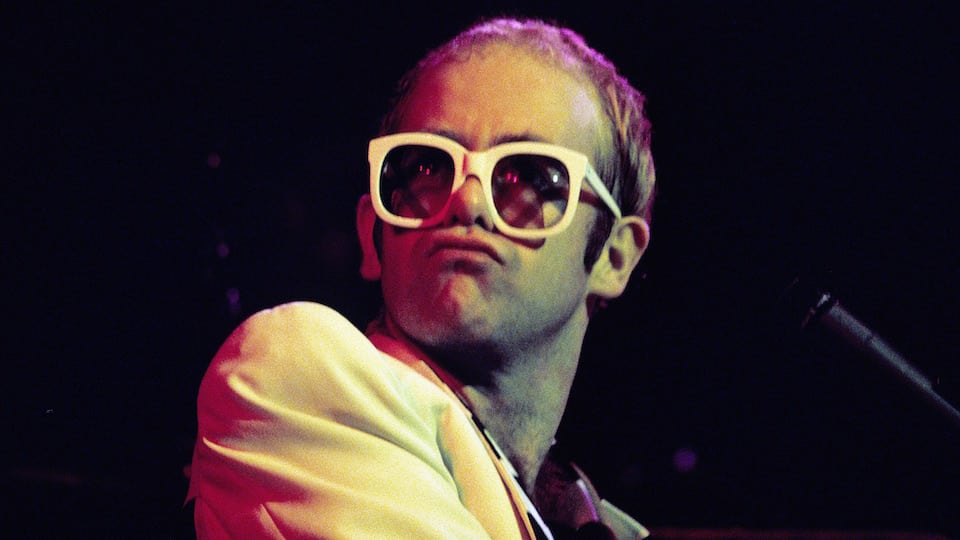 Although Elton John has no shortage of hit singles, including acknowledged classics such as “Philadelphia Freedom” and “Bennie and the Jets,” I’ve always appreciated him even more for his amazing work as an album artist, who got off to an auspicious start with Empty Sky in 1969. With 30 studio LPs alone to his credit, longtime fans often debate which records are the best from his long career. Here are my personal Top 10. A few of my favorites didn’t make the list, but these are the ones I feel represent his strongest work. Read on and let the debates begin.

One of Elton’s most cohesive latter-day discs (produced by Madonna veteran Patrick Leonard) showcases an overall return to his classic sound. One of this album’s best songs, “I Want Love,” received an excellent re-do by Chris Stapleton on the country tribute Revamp and Restoration: Reimagining The Songs of Elton John and Bernie Taupin.

Elton reunited with lyricist Bernie Taupin and his classic-era bandmates Dee Murray, Nigel Olsson, and Davey Johnstone for an album that spawned chart-toppers “I’m Still Standing” and “I Guess That’s Why They Call It the Blues.” Easily one of his most popular LPs of the 1980s, Too Low for Zero helped bring Sir Elton’s music to the attention of the MTV generation, thanks to some heavy-rotation videos.

This eponymous sophomore release features the ballad “Your Song” alongside memorable tracks such as the rocking “Take Me to the Pilot,” and “No Shoe Strings on Louise.“ “Border Song,” a soaring call to brotherhood, was later covered by the Queen of Soul herself, Aretha Franklin. The first of Elton’s albums to be produced by Gus Dudgeon, this LP established Elton’s sound for the 1970s.

This legendary live recording spotlights Elton, Murray, and Olsson at the peak of their powers. Originally, the performance wasn’t going to be released, but bootleg copies facilitated an official version hitting the record stores. And what a recording it is! This is the place you can literally hear a rock superstar being born. Just check out the knockout versions of “Bad Side of the Moon” and “Burn Down The Mission” to see what I mean.

Elton’s most addictive, pop-oriented release contains the AM radio perennials “Daniel” and “Crocodile Rock.” The disc also features favorites “Teacher I Need You,” “Elderberry Wine,” and “I’m Going to Be a Teenage Idol” — a tribute to Elton’s friend Marc Bolan of T. Rex.

Elton serves up some Stones-style rock on this one, featuring the oft-played “Honky Cat” and “Rocket Man.” It’s one of Elton’s most eclectic albums, encompassing energetic tracks like “Amy” and “Hercules,” as well as unforgettable ballads “Mona Lisas and Mad Hatters,” and the soulful “Salvation.” A confident mix of rock, soul, pop, and country, Honky Chateau furthered the evolution of the John-Taupin songwriting team.

Charting as high as number 8 stateside, this LP’s yet another collection of solid tunes, especially “Levon,” and “Tiny Dancer,” which was prominently featured in the Cameron Crowe movie Almost Famous. The record also introduced Elton sidemen Davey Johnstone on guitar and Ray Cooper on percussion. Both men would figure prominently in Elton’s work in the years ahead.

All killer, no filler here. This expansive double album veers from the epic opener “Funeral for a Friend/Love Lies Bleeding” to story-telling songs like “All the Young Girls Love Alice” and “The Ballad of Danny Bailey.” The iconic Marilyn Monroe tribute “Candle in the Wind” was later recast as a paean to Princess Diana following her death in 1997. Even the deeper tracks like the ballad “I’ve Seen That Movie Too” and the crunchy rocker “Dirty Little Girl” are worth multiple spins.

This autobiographical tour de force that entered the charts at Number One recounts Elton’s and Bernie’s early days in the music business. The lone single, “Someone Saved My Life Tonight” (about a real-life suicide attempt by Elton) is the highlight of an album that is consistently cited by fans and the artist himself as a favorite. But there’s much else to delight in here: like “Tower of Babel” and “Bitter Fingers,” not to mention its deluxe packaging (poster, lyric booklet, a mini-comic book).

Related: “After Elton John Reached the Top, He Aimed Even Higher”

Lyricist Taupin’s interest in the Old West and the Civil War, and his and Elton’s appreciation of American artists like The Band, helped shape this landmark work. Remarkably, no singles were taken from the album during its original release, despite such surefire material as “Where to Now, St. Peter?” and “My Father’s Gun.” Perhaps that’s because this is a record that goes far beyond the label of “concept album.” Several cuts from the disc became staples of Elton’s unforgettable early live performances. It’s not just the crowning achievement of his 1970s output, but really of his entirely remarkable career.

2 comments on “More Than Fantastic! The Top 10 Albums of Elton John”