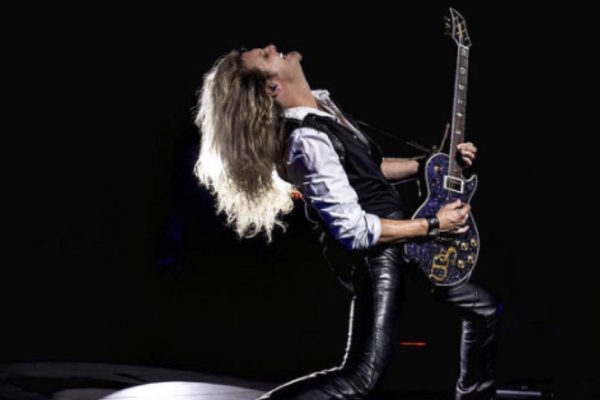 Before he became one of the long-haired legends of Whitesnake in 2014, guitarist Joel Hoekstra had already earned some serious heavy metal/hard rock cred from his time with Night Ranger. (Hold up your lighter for another encore of “Sister Christian,” fellow fans.) Before you think you’ve got him pegged, however, take note: Hoekstra’s career also includes backing Cher and subbing in for Foreigner’s Mick Jones, plus unusual side gigs like lead guitarist for the Broadway musical Rock of Ages. Talk about a diversified portfolio! We’re delighted that Joel sat down and answered our Five Questions With…

This is one rocker who definitely gets around. So let him show off his “lucky charm” — a ’57 reissue gold-top Les Paul. He’ll tell you all about the various guitars he’s played along the way to get to this prized possession in the video above.

2 comments on “5 Questions With… Joel Hoekstra”