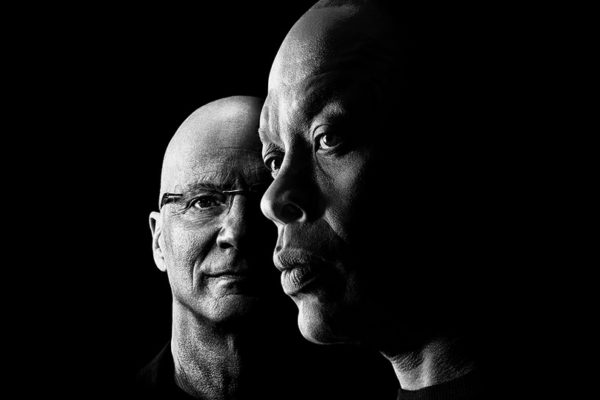 The beautifully cinematic four-part docuseries The Defiant Ones zeroes in on one of contemporary music’s most unlikely and culturally impactful partnerships — namely the one between wheeling-and-dealing Apple Music exec Jimmy Iovine and that contemplative perfectionist rapper-producer-entrepreneur Dr. Dre. Directed by Allen Hughes (best known for his films with his brother Albert, Menace II Society and Dead Presidents), the buzzy HBO doc about the “odd couple of pop” was clearly crafted for those who geek out over the behind-the-scenes realities in the music biz and wildly entertaining over-the-top anecdotes peppered with plenty of celeb name-dropping.

Endorsed by the Famous
Jimmy Iovine was a sound engineer who quickly graduated to well-known rock producer. That latter role especially means you get to hear some highly entertaining tales from the likes of Bruce Springsteen, Tom Petty and Stevie Nicks. How personal does it get? Well, Nicks talks about how she used to hide in Iovine’s basement so that Petty wouldn’t find out about her relationship with Iovine. Do creative partners like Springsteen and U2’s Bono actually like Iovine? That’s not easy to tell. But it’s evident that they respect his unique genius.

When it comes to Dre, hip-hop legends like Ice Cube, Eminem, Snoop Dogg and Fab Five Freddy all have something to say. And unlike the Iovine interviews, these artists tend to show a greater vulnerability and a raw honesty, like when Eminem and Dre discuss just how important their first collaboration was for each of them. Dre took a big risk when he defied many peers by signing the white rapper from Detroit; Eminem, for his part, was on the verge of homelessness. Not that everything’s heavy for Dre as Snoop Dogg provides some comic relief while relaying the early days of Death Row Records and hip hop’s east coast versus west coast rivalry from the late ‘90s.

Anatomy of a Deal
The Defiant Ones spends a great deal of time on how Iovine and Dre built the Beats by Dre business by leveraging Interscope label’s artists and culture. Dre, well-known for turning down endorsement deals, only came on board to market headphones and speakers because his respect of Iovine was so deep. Seeing the origin story of this business — as well as how instrumental Iovine was in negotiating deals — makes for an unexpectedly gripping story, especially when the Apple deal is nearly undone by by a drunken Facebook video post by Dre and his buddy Tyrese Gibson.

Charting over 30 years in the careers of these two seminal forces in music, The Defiant Ones has plenty of outsized moments and features archival footage of such iconic figures as Marilyn Manson and Tupac. In truth, with artists as varied as Ice Cube, Nas, Gwen Stefani, Puffy, and Kendrick Lamar all making appearances, this doc series illustrates that music continues to be very much a cross-cultural environment in which genres are more about marketing than they are about artistry, a world in which the players defy borders and grow by exchange.

0 comments on “Music Geeks, Have We Got a Show for You: “The Defiant Ones””