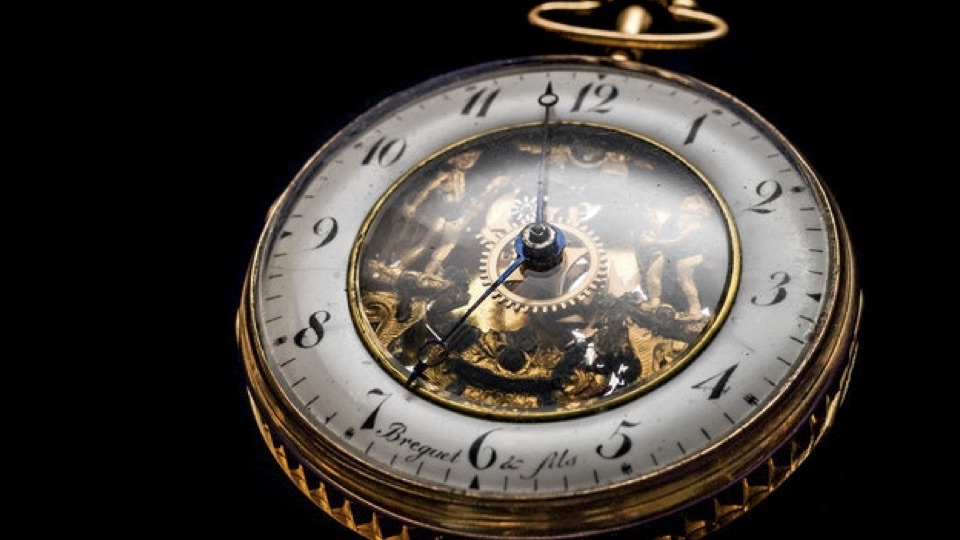 Each decade has brought us a ton of music. Some great, some forgettable, all of it a product of its time. Going back from the 2000s to the Sixties, I’ve picked out three songs that stood out. How do you pick just three from each decade? Glad you asked. The only criteria I set was that each song had to hold the top spot on the Billboard Hot 100 chart for at least five weeks. While certain songs like Nirvana’s “Smells Like Teen Spirit” may have set off a movement and brought Grunge to the forefront it would not make the list. Same with anything by N.W.A. But all the songs were huge in both radio airplay and sales. I’m sure you’ll find much to disagree with below. And I hope you do.

The country was literally changing its genetic structure. Kennedy was assassinated in 1963, and what followed would be social change, more violence, an unpopular war, and a movement that expressed peace and love.

“I Want To Hold Your Hand” (1964) – I firmly believe that any music list, whether it’s greatest songs, top albums, or best mop tops should always begin with The Beatles. This song was their first #1 hit in the U.S. and stayed there for 7 weeks. The Beatles would do more for popular music and rock n’ roll over the next 6 years than any other band in history. The song would set off a national obsession with four boys from Liverpool and because of their early success would allow the group the freedom to eventually experiment with what is acceptable as a pop song on albums like Sgt. Pepper’s Lonely Hearts Club Band.

“I Heard it Through the Grapevine” (1968) – Marvin Gaye’s soul classic. Glady Knight and the Pips, as well as The Miracles, would record versions of this song, but it was Marvin Gaye’s that would spend seven weeks at #1 and become the biggest hit for the Motown label. Any list from the ’60s needs a Motown song, and this one showed off the label as a producer of some of the greatest music to come out of the ’60s.

“Aquarius/ Let the Sunshine In” (1969) – I can already hear the arguments. This is your third pick? Where is “Satisfaction?” Nothing by The Doors? But this track spent 6 weeks at #1 and no other song was this popular while also mirroring the peace, love, and freedom that hippies were espousing in the late ’60s.

The country was exposed to Watergate and Roe V Wade. The Vietnam War ended, and equality of the sexes was at the forefront. But for our list, nothing was more prominent than disco.

“Killing Me Softly with His Song” (1973) -The smooth 70’s sound and vocal of Roberta Flack. It was a cover of a Lori Leiberman song, but Flack’s version would spend 5 weeks at #1 and win the Grammy for “Record of the Year.” It was later covered again in the ’90s by The Fugees, resulting in another hit version.

“Night Fever” (1978) – The Bee Gees dropped the Saturday Night Fever soundtrack on November 15th, 1977. “Night Fever” would end up spending 8 weeks in the top spot and was the third single that hit that spot off the album for the Bee Gees. They didn’t invent disco, but the film and this soundtrack launched it into the stratosphere and helped start the “disco sucks” backlash.

“My Sharona” (1979) – The hit track by The Knack would spend 6 weeks at #1. Its hard rock sound would lead to the downfall of disco and might be seen as a precursor to 80’s rock. The song was really about lead singer Doug Fieger’s then-girlfriend.

A materialistic (and Material Girl) decade saw the hippie replaced by the yuppie. The rise of MTV was followed by the fall of Communism. And the Boss, who had been “Born to Run,” was now reflecting on the “Glory Days.”

“Physical” (1981) – This all surface, no substance song by Olivia Newton-John was a great example of what pop songs would mostly mean to the ’80s. With its suggestive lyrics and slick production, the song was all fluff but would spend 10 weeks at #1 on the charts.

“Billie Jean” (1983) – You can’t have any list about the ’80s and not have a Michael Jackson song on it. This was the second single off the biggest album of all time, Thriller (and no, “Beat It” was not the first single), and would spend 7 weeks on top. It had it all: R&B, funk, pop  — and who could forget the video and those squares lighting up?

“Jump” (1983) – Van Halen’s most successful single (it would spend 5 weeks at #1) was the first single off their 1984 album (though the single dropped at the end of 1983). This song screams “80s” to me since the man who was known for handling his guitar had his biggest hit with a song that was all about the synthesizer.

We witnessed L.A. riots, the Gulf War, and a president who claimed he did “not have sexual relations with that woman, Miss Lewinsky.” We also saw the rise of Grunge and, towards the end of the decade, a rap/rock combo. But it was still ballads that would rule the charts.

“Everything I Do (I Do It For You)” (1991) – Bryan Adams’s soapy ballad from Robin Hood: Prince of Thieves spent 7 weeks in the top spot. While it ruled the summer of ’91, it feels like a leftover from the ’80s when rockers were trying to get mushy on slower songs that usually crossed over as hits (See “Every Rose Has Its Thorn”).

“I Will Always Love You” (1992) – Do you remember how huge this Whitney Houston song was? 14 weeks at #1, part of a hit movie (The Bodyguard), and everyone trying to mimic Whitney’s high note. It was originally recorded by Dolly Parton in 1973, but Whitney’s version would win Record of the Year at the Grammys.

“One Sweet Day” (1995) – The second single off Mariah Carey’s Daydream album was a duet with Boyz II Men that would spend 16 weeks (and set a record at the time) at #1. The song is about loved ones who had died from AIDS.

Nothing shook our country like 9/11, followed by anthrax and two wars. We also watched as Hurricane Katrina destroyed the southeast and Barack Obama was elected as the 44th President.

“Lose Yourself” (2002) – Eminem wrote this track for his hit movie 8 Mile. It would spend 12 weeks at #1, be his first song to hold that spot and win the Academy Award for Best Song. It also happens to have a great chorus if you’re listening while running on a treadmill.

“Irreplaceable” (2006) – We had to have one Beyonce song on this list, so why not the female empowerment track that spent 10 weeks at #1? Written by a man (Ne-Yo) and sung by Beyonce it tells the story of an unfaithful man who shouldn’t think he isn’t irreplaceable.

“I Gotta Feeling” (2009) – Spending 14 weeks at #1, this song by the Black Eyed Peas was labeled a party song by will.i.am. There’s not much depth to the lyrics, but after the housing market crash of 2008, people just needed music to pick them up again without having to think too much.

Photo by David Bartus from Pexels

2 comments on “50 Years of Decade-Defining Songs”