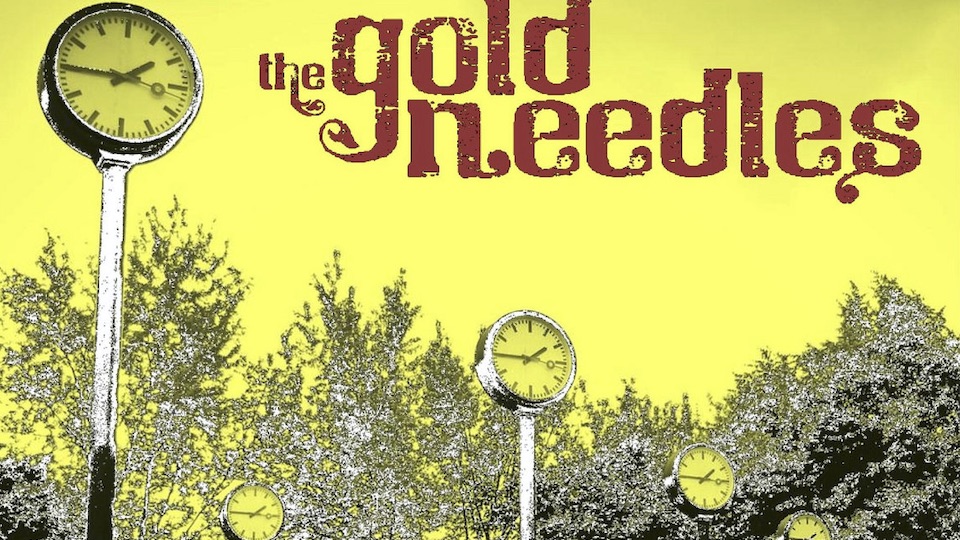 The Gold Needles, one of the current standard-bearers of the psychedelic pop genre, have time, love, and memories on their minds on their latest album, What’s Tomorrow Ever Done For You? Many of the songs on this brilliant record are reflections on things past, present, and future, including the sparkling title track, the lovely “Precious Times,” and the dynamic “Story Of My Life.”

The band, which hails from Hull, England, have created an evocative collection of tunes that will appeal to fans of 1960s flavored pop/rock imbued with a healthy dose of 1980s style alternative music. As they did on their previous releases, Pearls and Through A Window, the group once again displays their knack for crafting terrific songs which combine Byrds-like harmonies with a modern rock sensibility.

What’s Tomorrow Ever Done For You? also features some songs with darker hues and moodier textures, including the striking “Dead Man’s Hand,” and the stark “Realm Of The Black Dog,” both of which have a guitar vibe rooted in 1970s rock. The disc includes a trio of covers, including a magnificent rendering of The Hollies’ “Have You Ever Loved Somebody?” and a splendid reading of British post-punk band The Sound’s “Counting The Days.” Following their memorable takes on “No Reply” and “Cold Turkey\Hey Bulldog” from the recent tribute album, JEM Records Celebrates John Lennon, the band provides their latest take on a Beatles classic. This time out, the group offers up a stunning version of the George Harrison penned “If I Needed Someone,” which manages to stay true to the song’s Rubber Soul roots while infusing it with their trademark psych-pop style.

The lineup of The Gold Needles includes Simon Dowson on guitar, Dave Burbage on guitar and keyboards, Carl Slaughter on bass, and Mark English on keyboards. Also featured are Will Jones on drums and Kurt Reil of The Grip Weeds, who contributes background vocals and drums on “Have You Ever Loved Somebody?” Reil also did an impressive job mastering the album. The skillful playing of these talented musicians contributes immeasurably to their success. The gorgeous double-tracked vocals echo the classic style of artists like Buddy Holly, The Beatles, and The Beach Boys. The group’s gift for writing memorable songs is showcased throughout the record. Just listen to the infectious rocker “Suzie Is Sorted” and the earworm worthy “Billy Liar” and you’ll understand what I mean.

What’s Tomorrow Ever Done For You? is a must-have release that will enchant the band’s current fans, and should win them a lot of new ones. The Gold Needles’ enthusiasm for their music is infectious, and their obvious joy at playing music together is evident throughout the record. These marvelous songs have an emotional depth that will resonate with listeners, none more so than “Drown This Sorrow,” the final track on the album. It’s a moving ode to remaining positive and hopeful despite life’s challenges and difficulties, and the perfect song to close out this impressive record.

0 comments on “The Gold Needles: What’s Tomorrow Ever Done For You?”