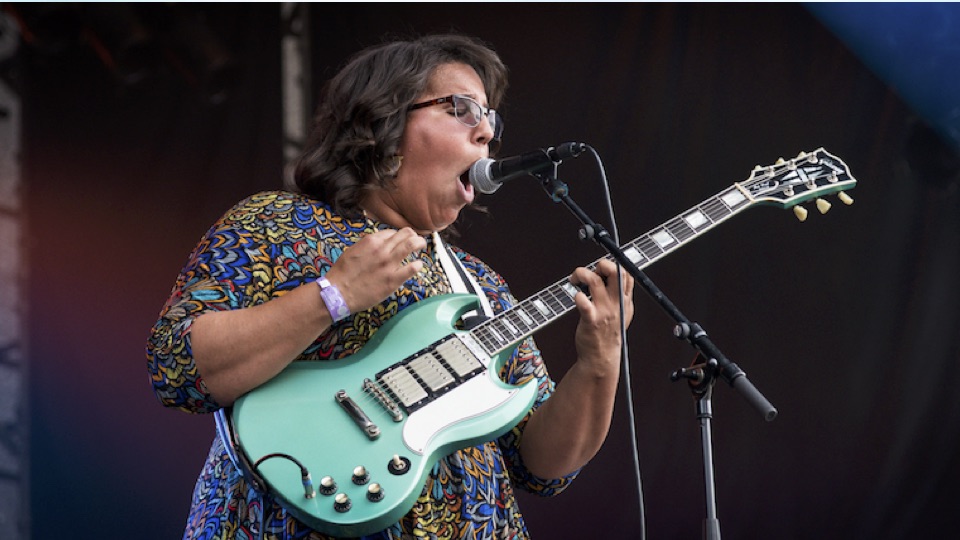 For all the talk about art, creativity, and integrity, the music business has, for the most part, been propelled by hype and hyperbole. Many of today’s so-called “sensations” are destined to have a shelf life that amounts to milliseconds. That, of course, is no surprise, especially given the reliance on visual effects that put the emphasis on an image, amplify the “wow” factor and often obscure the fact that in too many cases, real musical ability is all but negligible. Sadly then, the true artists — those with the talent, creativity, and integrity — are often negated, simply because they choose to make music sans the phony facade. So here are some artists you should get to know (if you already haven’t). Many of them have been around for decades, a fact that makes their lack of recognition all the more ignominious.

“I don’t trust myself with my story, so I tend to share little and let the music talk,” singer/songwriter Arlan Feiles suggests. “Its a problem I emotionally deal with. I didn’t see myself struggling so long to contribute.” Indeed, Feiles’ early efforts with the band Natural Causes, which resulted in a lost gem of a record produced by the legendary Tom Dowd (Eric Clapton, Aretha Franklin, Allman Brothers), morphed into a prodigious solo career that includes a string of sturdy, soulful albums and musical contributions to any number of films and television shows. His seamless blend of rock, folk, R&B, gospel, and Americana has likened him to what’s best described as a traditional American troubadour, one unafraid to express his thoughts on politics or its pundits. A resident of the Jersey Shore, he’s an artist of the vintage variety, one whose music remains honest, unaffected and strewn with heartfelt emotion. His latest album, What Kind of World? offers ample evidence of his timeless talent and tenacity.

Its somewhat ironic — and likely inevitable as well — that as soon as the band Alabama Shakes appeared on the verge of a big breakthrough, its erstwhile singer and leader Brittany Howard would opt for a solo career. Women of color are something of a rarity in the world of rock, but clearly Howard’s talent couldn’t be contained in the context of an ensemble, especially given the traditional tapestry. Consequently, her initial foray under her own aegis, Jaime, finds her branching into other popular forms, with hints of hip-hop, R&B, electronica, and some prerequisite pop. Howard’s diverse palette, expansive vocals and major label support ought to serve her well as far as expanding her fan following is concerned, and given her dominant presence — she plays guitar on her own recordings as well — it’s hardly a huge leap to predict that stardom is all but assured.

Sam Lewis is a singer/songwriter in the classic mold, that is, one of those much-loved troubadours that frequented the haunts of Laurel Canyon and other Southern California environs during the late ‘60s and early ‘70s. Consider James Taylor and Jackson Browne more specific references as well. Lewis’ eponymous debut album was released in 2012, followed by Waiting on You in 2015. Loversity, a series of songs revolving around the intricacies of interpersonal relationships, appeared in 2018, while his latest, Solo, an acoustic compendium of his earlier catalog that was recorded before an invited audience, made its bow earlier this month. “I just write what I know and I write what I live,” Lewis mentioned in an article for Maryville Tennessee’s Daily Times. “My writing is very therapeutic. After Loversity, I realized that I had a lot of things I needed to say, and I didn’t realize I could say them that way. I revealed a lot more of me than I had ever shared. A lot of the newer songs are directed at my inner five-year-old child. I think of them as songs of innocence. I’m saying things a lot more simpler than before, and in a way that’s a lot more direct.” Happily, the sentiment shines through.

For her part, singer/songwriter Jill Andrews shares many of those same sentiments. A member of two collaborative combos — the Hush Kids and the Everybodyfields — she’s currently prepping her first solo album in five years, succinctly titled Thirties. As the title implies, it finds her retracing an uncertain journey through her last decade, an experience which, as the press release says, includes “the isolation and joys of motherhood, the loss of a partner and the path to standing up for yourself.” As a companion piece to the album, Andrews will also release a new book entitled, Thirties: The Album in Portrait and Prose, an in-depth look at those circumstances through essays and photographs. “The songs have an intent and purpose,” Andrews insists. “I thought my thirties would be different. I always thought at this age, people had it together: a stable relationship, a steady day job and a real sense of who they are. I thought I would have it together. My thirties have been spent single parenting, falling in and out of love, wrestling with voices from the past and struggling with the idea of the future.” Andrews’ intent is to merge art and insight. The fact that she succeeds so decidedly is a credit to her craft.

To those less knowing, Vance Gilbert would seem a contradiction in terms. “I’m black, I sing, I play an acoustic guitar, and I don’t play the blues,” he says of himself he attempts to dispel certain stereotypes. Never mind the fact that he’s been plying his craft for well over 30 years, in which he’s released 13 albums (including his latest, the aptly named Good, Good Man), and has become a well-regarded figure n New England’s revered folk scene. As varied as it is vibrant, Gilbert’s music is a joyful celebration of life’s circumstances with truths and humor added in equal proportions. Emotive to the max, he boasts an unerring ability to move his audiences with both pathos and passion. His work is, in fact, part of a great folk tradition, given the intent to make the music both poignant and personal. Suffice it to say, Gilbert’s wider recognition is long overdue.

We’ll end this list of luminaries with a broad statement about the final artist of the bunch, Richard X Heyman. Heyman’s a pop perfectionist who, over the past 30 years and an exceptional series of albums — including his most recent, the aptly named Pop Circles — has been responsible for any number of memorable melodies, all deserving of singular hit status. If AM radio had maintained its hit-making stature from the past to the present — and superior songs were the only criteria needed to sustain stardom — Heyman would find himself on the same high plateau as Coldplay, U2, Lady Ga Ga and all the other illustrious icons by whom we measure success. His is a sound for all seasons, one propelled by irresistible hooks, resilient refrains and all the other indelible additives that find a song sinking beneath the skin after only a single listen. It’s little surprise that Heyman plucks his influences from the initial British Invasion, as sustained by the usual suspects — the Beatles, the Kinks, the Hollies, the Yardbirds, and all the other prime participants. “Why do I do it?” The multi-instrumental auteur, singer, and songwriter replies rhetorically when asked about his motivation. “Well, at this point, you can definitely rule out ‘for the money.’  Nor was it for fame.  Didn’t do it for the girls, though you could say I did it for the girl. My wife Nancy and I have been happily together more than we’ve been apart. So that leaves only one thing – and that’s the music.” Heyman makes that clear and conclusive every time out.