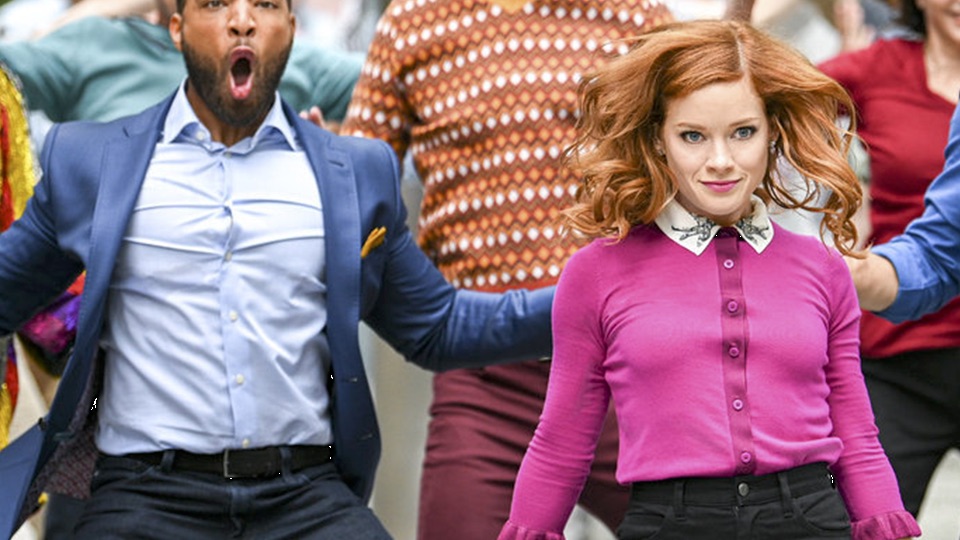 Zoey’s Extraordinary Playlist, an unusual combo of music, drama, and a kick of comedy that just began airing on NBC is already stirring up excitement. Jane Levy stars as Zoey Clarke, a computer coder who finds herself with a special “sixth sense”…sort of…after something strange happens. That part we won’t give away here. “Music to her ears” doesn’t even begin to scratch the surface.

Imagine hearing people’s thoughts. The notion was tested to some degree back in 2000 with Mel Gibson’s movie What Women Want in which he can overhear, well, what women are thinking. We’d guess that possessing this particular “superpower” has crossed many folks’ minds – gaining insight into the inner-workings of the bewildering brains of bosses, boyfriends, and besties. Now, go and set those musings to music, and welcome to Zoey’s world. It’s like Broadway, but she’s the only one in the audience.

No one else hears the Glee-like performances, from solo acts to showstopping musical numbers, making Zoey’s “Is it all in her head?” interactions even more mind-boggling. It is odd and overwhelming, yet eye-opening and intriguing. Through popular songs filled with sentiment and surprise, Zoey’s circle of connections express their feelings with flair. These singers are not aware they are behaving this way, adding even more mystery to the mix. Naturally, Zoey thinks she has gone nuts, not knowing if this is totally cool or an existential crisis. The “WTF?” mixed with wonder is her constant conundrum.

The tunes featured on the show are familiar and catchy, the acting is on point, and the premise is unique. Zoey’s world may have been turned upside down, but we’re digging it. Along with Levy, stars including Skylar Astin, Alex Newell, John Clarence Stewart, Peter Gallagher, Mary Steenburgen, and Lauren Graham make the show special.

Tune in to NBC to see if Zoey’s Extraordinary Playlist pumps you up or gives you pause. Do we really want to know what kind of chaos is going on in someone else’s head? Perhaps some things are better left unsung. But it sure makes for great TV.

0 comments on ““Zoey’s Extraordinary Playlist”: Thinking (And Singing) Out Loud”