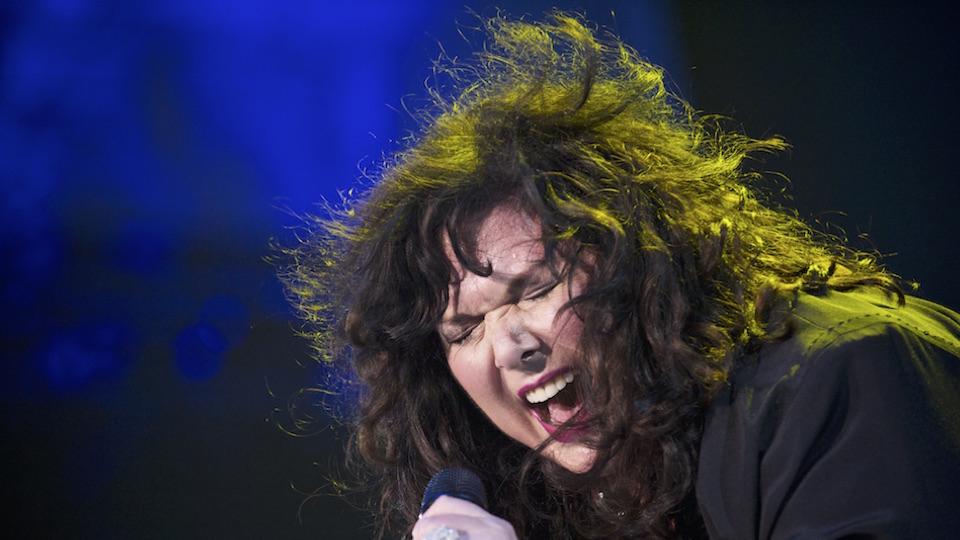 Let me dispel the myth that a covers album is always just a contract-filler or a blocked musician’s attempt to keep a career going. I find that an artist’s covers album at its best can reveal a deeper part of their musical soul, giving the listener a private peek into their inspirations while exposing a fan to the work of another they may not have heard before. It just so happened that last year featured a lot of great covers albums. So, as a belated Christmas present, here’s a list of six of my favorites from 2018.

In between 2017’s fiery Pussycat and her upcoming 2019 release Weird, Juliana’s cover album of ONJ songs reminds us what a great talent she and her collaborator John Farrar were. At the height of their powers, they churned out 23 Top 40 hits together. Juliana could have easily lingered in her “girl gone bad” phase of the late ‘70s and early ‘80s (and I love her covers of “Magic” and the “so good, it makes perfect sense” selection “A Little More Love.” But it’s her surprisingly tough yet tender versions of “Have You Never Been Mellow” and “I Honestly Love You” that elevate this to a worthy tribute.

A new Me’shell Ndegeocello album is always going to be an eclectic adventure, but she exceeds all expectations with this covers album of ‘80s and ‘90s R&B gems. By sanding off the pop edges of these Top 40 hits, she finds the sultriness inside “Don’t Disturb this Groove” that the System may not have realized was there. She also flips the doo-wop of Force MDs’ “Tender Love” into a countrified mid-tempo ballad coated with her honeyed alto. Perhaps most surprisingly, she exposes the hidden danger of Sade’s “Smooth Operator” with a mix of sparse drum and bass and funky aggression.

Believe it or not, Leo is not the first artist to do a cover album of jazz singer-songwriter Michael Franks’ work. (That would be Veronica Nunn.). But for his fifth solo album, Leo comes by this one naturally as he literally grew up listening to Franks since his dad produced some of Michael’s work. Leo repays the favor by covering one of those Dragonfly Summer album tracks, “You Were Meant For Me.” If you listen to Leo’s body of work you can hear Franks’ Brazilian and Latin influences on him, which come to its peak fruition on “Antonio’s Song.” Leo’s duet with Michael on The Cool School is not only the passing of the baton but life coming full circle.

The Los Angeles band Orgone has been throwing down their righteous brand of California funk for almost two decades now. But their most recent release imagines the band as an early ‘70s soul outfit capable of playing everyone at WattStax off the stage. Whether it’s their gritty version of Rufus Thomas’ “The Breakdown,” the fusion of Roy Ayers’ “The Black Five” or the psychedelic funk of some of Funkadelic’s Cosmic Slop, you’ll be feeling this one deep down in your soul with every spin.

As the lead singer and powerhouse vocalist of the Rock n’ Roll Hall of Fame band Heart, Ann Wilson has only stepped out with one solo album (2007’s Hope & Glory, before this year’s quasi-sequel Immortal. Whereas the former hinted at the folkier side of Ann’s soul, Immortal tackles a wider, more thoughtful and rocking group of artists and songs. Going from Tom Petty & The Heartbreakers’ gentle “Luna” from 1977 (and featuring guitar work by Warren Haynes) to Bowie’s “I’m Afraid of Americans” is a welcome reminder of her prowess whether leading a ballad or a rocker. She also tackles Leonard Cohen, Amy Winehouse, Chris Cornell, and George Michael before winding her way down to Gerry Rafferty’s “Baker Street.”

Jose James’s Lean On Me

You can’t find a more underrated artist who’s had lots of enduring hits and an entry to the RnR Hall of Fame than Bill Withers. So go the thoughts of neo-soul singer Jose James whose welcome ode to the West Virginia singer-songwriter creates a light night chill vibe to this repertoire. Produced by Don Was and featuring studio vets such as Pino Palladino on bass and Lenny Castro on percussion, this album features hip-hop infused jazz funk versions of Bill’s hits, including a duet with Lalah Hathaway on “Lovely Day” along with lesser known tracks such as “Hello Like Before” and “The Same Love That Made Me Laugh.”

Photo Credit: Ann Wilson of the band Heart performs at the 2010 Lilith Fair at Target Center on July 18, 2010 in Minneapolis, Minnesota. (Photo by David Bergman/Getty Images)