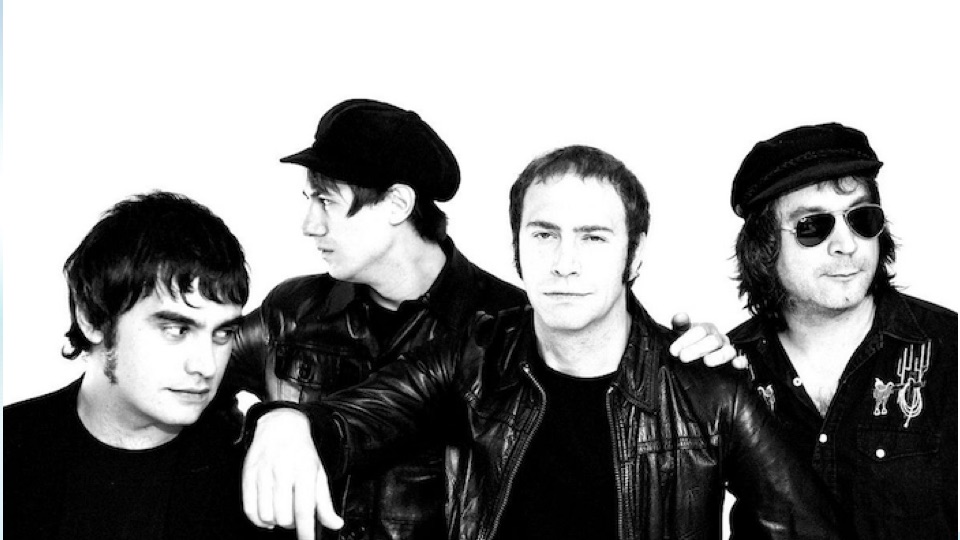 Sometimes when we focus on the more serious side of rock and roll, it’s easy to lose sight of the fact that, at its heart, it’s supposed to be fun. Portland-born rocker Kurt Baker certainly hasn’t forgotten that fact. Baker started out as a member of the pop-punk band The Leftovers, who had some success both on record and as a touring act in the early to mid-2000s, opening for bands like Bowling For Soup. After The Leftovers disbanded in 2010, he embarked on a solo career. His bright, energetic songs are a shimmering blend of 70s and 80s power pop topped off with a strong dose of New Wave. Baker’s fabulously retro music sounds like Joe Jackson, The Knack, and Fountains of Wayne got together for a jam session and decided to form their own super-group. You can’t help but smile when you hear fantastic tunes such as the hook-laden “Just Forget About It” or “Weekend Girls.” His current band, The Kurt Baker Combo, records for Little Steven Van Zandt’s Wicked Cool Records. Here’s a (Baker’s) half-dozen reasons why you should be adding some of his awesome music to your playlist.

Cruel To Be Kind

Baker pays tribute to some of his power-pop heroes on the 2011 EP Got It Covered, which features this enjoyable take on the Nick Lowe classic. The video for the track shows off his playful, endearingly goofy sense of humor. Got It Covered also features Baker’s versions of songs by The Vapors, Rick Springfield and Elvis Costello.

Don’t Steal My Heart Away

This exuberant track from Baker’s Rockin’ For A Livin’ feels like a mash-up of The Beatles and The Beach Boys topped off with a dash of Rockpile-era Dave Edmunds. The song sounds like it time-warped right out of power pop’s classic period from the late 70s-early 80s and landed full force in the 21st century.

Forget about rock and roll objects of affection like Rick Springfield’s “Jessie’s Girl” or Matthew Sweet’s paean to Winona Ryder titled (what else?) “Winona.” On this song from 2012’s Brand New B-Sides, Kurt’s got a huge crush on Oscar-winner Emma Stone, and he’s going to tell the whole world all about it. I wonder if Ms. Stone has heard this one?

“The Kids” is a song from The New Trocaderos, a garage rock/pop outfit that Baker helped form in 2013, along with Geoff Palmer and Brad Marino of the New England based group The Connection. The prolific Baker plays and records with The New Trocaderos when he’s not busy with The Kurt Baker Combo. This Ramones-ish power-punk number was chosen as a “Coolest Song in the World” by Little Steven for his Sirius XM show Little Steven’s Underground Garage.

I Can’t Help Failing In Love

This recent single from Baker isn’t a cover of an Elvis classic. The song’s title is “I Can’t Help Failing in Love.” The song (co-written with fellow power-popper Wyatt Funderburk and producer Mike Mariconda) highlight’s Baker’s gift for clever lyrics and gorgeous hooks. Like much of Baker’s music, it’s a refreshing blast of old school pop from an artist who knows how to make a candy-flavored tune like this rock.

0 comments on “6 Reasons to Love the Kurt Baker Combo”