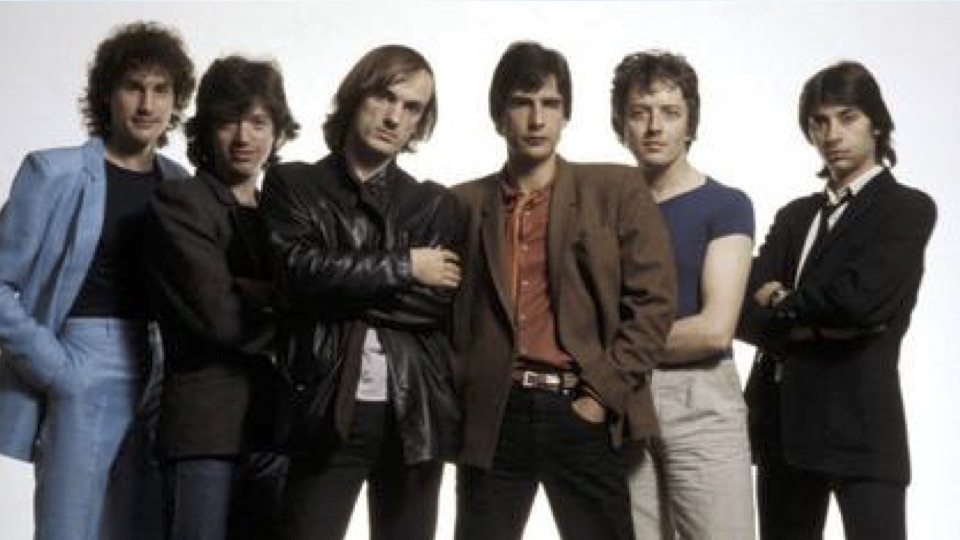 During the fall of 1979, the moody, pulsing sound of “Driver’s Seat” by Sniff ‘n The Tears poured out of radios all over America. It eventually reached the number 15 spot on the Billboard Pop Singles chart and was among the earliest songs heralding the advent of New Wave.

Sniff ‘n The Tears formed in England in 1978, a loose partnership between Luigi Salvoni who had helped out singer/guitarist Paul Roberts by playing drums on some of his demos. Salvoni took those tapes to a label who gave a green light to make an album. Now they needed an actual band. In addition to Salvoni and Roberts, Laurence “Loz” Netto and Mick Dyche joined on guitars, while Chris Birkin took on the bass and Alan Fealdman manned the keyboards. When Sniff recorded “Driver’s Seat” for their first album (Fickle Heart) guest artist Keith Miller handled the memorable Moog synthesizer parts.

The song had originally been a demo by Roberts, done in 1973, for his earlier band, Ashes of the Moon. “Prog-rock” by the likes of Yes was the thing at the time, but for Roberts, it was all about being the kind of band that could take over a local pub with less over-the-top songs. That was his vision.

Related: “Appreciating A Flock of Seagulls: Way Beyond That Hair”

After finishing it, Fickle Heart was put on hold for over a year, finally being released in 1978. Salvoni was convinced that “Driver’s Seat” was a hit and focused on convincing the label to make it the first single. His instincts were right – sort of. While the song didn’t do much in the UK (some critics accused them of ripping off Dire Straits), it became a hit in America and other countries. A U.S. tour opening for Kenny Loggins, and later, Kansas, was quickly arranged – but the rapid pace of fame proved to be overwhelming for some of the band members, including Salvoni. He stepped out of the band, replaced by Paul Robinson for the tour. Bass player Chris Birkin left to form a three-piece punk group, so Nick South took his place. Miller, who had played the memorable synthesizer riff on the song, took over keyboards on the road.

Sniff’s tour of the states had some good moments – and bad. Right before it kicked off, their (brand-new) gear was stolen in Indianapolis. Their manager maxed out a credit card to keep them on the road. While the audiences at the Loggins’ shows didn’t quite “get” them, by the time they opened for Kansas, Sniff ‘n The Tears were getting requests for encores (unusual for an opening act).

Unfortunately, the U.S. tour didn’t do all that much to boost their career. They headed back into the studio to record The Game’s Up and later, Love/Action and then Ride Blue Divide. But by 1983, Sniff ‘n The Tears called it quits.

Ironically, “Driver’s Seat” got a second wind when it was featured in the 1997 movie, Boogie Nights and later, 2013’s Anchorman 2. It’s also been used in several international TV commercials and a 2012 episode of TV’s The Walking Dead.

In 1992, Roberts formed a revamped version of Sniff, as well as recording a few solo albums with some of his former bandmates. They perform together off and on. He also expresses himself creatively as a painter (something he was doing prior to his music career).

Despite the fact that “Driver’s Seat” is officially designated as a “One-Hit Wonder”, Roberts and the rest of Sniff ‘n The Tears are proud of the song’s prominent place at the beginning of the New Wave scene. And admit it: whenever you hear it in the car, you still crank it up.

5 comments on “The One-Hit Wonder File: “Driver’s Seat” by Sniff ‘n The Tears”