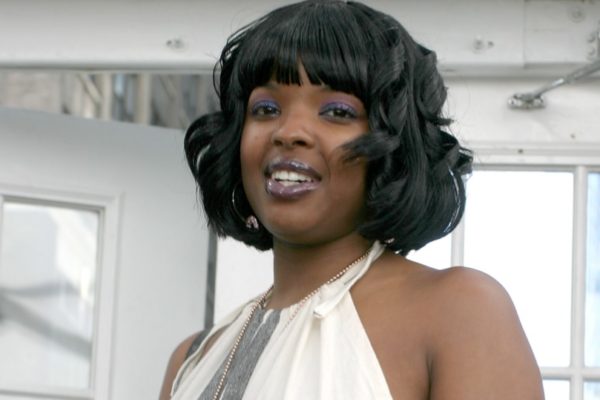 When it comes to music, the ‘70s means different things to different people. For some, the era is all about the wah-wah-slathered soul sounds of Marvin Gaye. For others, it’s the rough ’n’ ready outlaw country of Waylon Jennings and Willie Nelson. Singer-songwriter fans will tell you the ‘70s were all about the earthy musings of Jackson Browne and Neil Young, while those enamored of more elaborate arrangements immediately flash on Yes and Genesis whenever the conversation rolls around to that decade. All the artists below (presented in no particular order) are embroiled fully in the present moment, but each of their styles seems to draw some inspiration from a different seam of ‘70s sounds.

1. Emily Duff’s Maybe in the Morning
In the ‘70s, artists like Bobbie Gentry, Larry Jon Wilson, and Tony Joe White popularized a blend of twang and groove that was dubbed “country soul.” It’s been a while since anyone has really leaped full-tilt into that particular pool; Wilson’s passed on and Gentry’s long retired, though White— country soul’s last man standing— keeps plugging away. But now White’s got some company with the arrival of Emily Duff’s album Maybe in the Morning. Recorded in Muscle Shoals, Alabama at historic R&B hub FAME Studios, tracks like “Daddy’s Drunk Again” glow with rich organ riffs, pulsing, R&B-inflected grooves, and ample American/alt-country vibes, framing Duff’s emotionally penetrating song-craft with some engagingly old-school country soul flavor, straight from the source.

2. Marbin’s Goatman and the House of the Dead
[amazon template=right aligned image&asin=B01GP726FS]With their dive-bombing guitar licks, serpentine sax lines, and polyrhythmic drum patterns, Chicago-based Marbin evokes an era when fusion bands like Mahavishnu Orchestra, The Dregs, and Soft Machine combined crash-and-burn rock energy with the chops and harmonic sensibilities of jazz. “Buddha Complex,” from the band’s most recent Moonjune Records release, Goatman and the House of the Dead, is a wild ride full of challenging riffs and intensely focused energy. Marbin, which began when a couple of Israeli musicians made their way to the Windy City, throws some world music influences into the mix now and then too, making their sound a kind of global fusion.

3. Peter Holsapple’s “Don’t Mention the War”
Though he first entered the public ear as a frontman for power-pop heroes The dB’s in the ‘80s, Peter Holsapple came of age in the ‘70s, soaking up plenty of influences from the period. His single “Don’t Mention the War,” which marks his first solo release since the ‘90s, finds Holsapple — who has played with everyone from R.E.M. and Hootie & The Blowfish to alt-rock supergroup The Continental Drifters over the years — takes a low-key singer-songwriter route on this tale told from the perspective of a teenager observing his military veteran uncle suffer from PTSD. At times you can discern traces of inspiration from early-‘70s Neil Young and The Band seeping into this timeless scenario.

4. Lady Wray’s Queen Alone
Two decades ago, Nicole Wray was a teenager with the world in her pocket. Her debut album was produced by Timbaland and released on Missy Elliott’s own imprint. But the hard knocks that are more common in the music business than may people realize kept her career in a kind of limbo for years to come. After all this time, she has finally reemerged with a second LP, Queen Alone, as Lady Wray. In the place of the hip-hop-inflected contemporary R&B sound of her long-ago debut, Wray presents a roots-conscious ‘70s-indebted soul feel throughout the record. And on tracks like “Smiling,” she combines a street-real stance with some serious vocal chops for an uplifting vibe.

5. Deus Ex Machina’s Devoto
[amazon template=right aligned image&asin=B01DPLS9KS]Progressive rock had its heyday in the ‘70s, when death-defying time signatures, knuckle-busting guitar riffs, soaring synth lines, and epic song suites could still command mainstream attention. While the biggest bands on the scene were British, a huge, vital prog movement developed in Italy, led by the likes of P.F.M., Le Orme, and Area. Deus Ex Machina’s music stands as proof that Italian prog is alive and well today. While the sound of their latest album, the Cuneiform Records release Devoto, still manages to feel extremely of-the-moment, the influence of classic prog bands from both the U.K. and Italy is undeniable. And when singer Alberto Piras lets his superhuman pipes fly atop his bandmates blistering attack on tunes like “Figli,” you’ll wonder why there isn’t more of this sort of thing around these days.