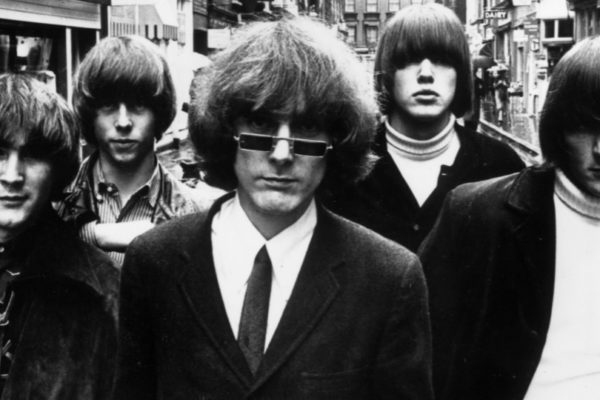 This last innovation was largely the by-product of the band’s almost preternatural ability to interpret and reimagine Bob Dylan’s lyrics through the filters of the Beatles’ beat and Beatles’ harmonies. By the time “Mr. Tambourine Man” was released in summer 1965, Dylan had already been covered endlessly by folkies like Peter, Paul and Mary, Joan Baez and Judy Collins, but those were almost exclusively straight covers that hewed largely to the original versions. The Byrds, by contrast, made one of Dylan’s headiest explorations into the concept of identity into a two-minute-long hummable pop song. This was a major step forward in rock and roll becoming a more “adult” medium.

Overall, the Byrds covered more than 20 Dylan songs. Most are at least listenable, a few are terrible, and some are utterly brilliant. The top five, listed here, stand as an excellent introduction to a band, an era and what was then a new and almost unthinkable way to hear Bob Dylan.

Yeah, well, of course, it’s a given that this would be number one. In addition to its ability to crackle and pop out of your speakers and still sound younger than yesterday after more than 50 years – no small feats, those – it also carries with it the curious historical oddity of being the only Bob Dylan song ever to hit number one on the Billboard Hot 100. In a fascinating recollection included in the 1995 BBC/PBS Rock and Roll documentary, David Crosby recounts the story of “Tambourine Man’s” debut on L.A. Radio, when it played it twice in a row and the excitement caused he and the other Byrds to pull over to avoid a major collision. “McGuinn said we’d be like princes,” Crosby recalled. McGuinn was right. This record is the happy calliope of royalty being born.  Oh, yeah, and it helped inspire Dylan to pick up an electric guitar. That was kind of a big deal.

I’ve long suspected that if this, rather than the mediocre “All I Really Wanna Do” had been their follow up single to “Tambourine Man,” they’d have scored two consecutive number ones to begin their career. As it was, it was never even released as a single. History, so far as I can tell, has not recorded who made this call, or whether “Chimes” was even considered as a single, but luckily it’s been included on all 3,104 Byrds greatest hits packages and reissues through the years, so at least that error has been repeatedly fixed.

Some might quibble with this, as it’s easily the most literal of the Byrds’ interpretations listed here, and perhaps the most of all of their Dylan covers. It may seem formulaic. Hell, it may be formulaic, especially coming as it did on the more experimental “Eight Miles High” and “So You Want to Be a Rock and Roll Star,” its two immediate predecessors. It’s right here in the middle because it inserts a very high degree of literacy into the pop single (four verses, to “Tambourine Man’s” one) and because McGuinn plays the protagonist even better than Dylan does.

In an interesting and clever move, McGuinn decided to showcase his new Byrds (by 1968, the only other remaining original Byrd was Hillman) by going back to the Dylan well and releasing this song as a single ahead of the Sweethearts of the Rodeo album, announcing a new and startling country direction not only for the band, but for many other rock stalwarts. Within two years of Sweetheart’s release, Dylan released Nashville Skyline, the Grateful Dead released Workingman’s Dead and American Beauty, Crosby, Stills and Nash debuted and Kris Kristofferson, uh, happened. Oh, and this is also during Gram Parsons’ five minutes in the band. That’s a hell of a lot of activity for a song that peaked at number 74.

This wins out over other worthies by virtue of a McGuinn vocal that rivals Dylan’s original for honesty and urgency, but still creates its own space by making a call to arms sound positively fun. It wasn’t a big hit (it wasn’t even released as a single in the States, and is arguably the most obscure of the five tracks cited here), but it nevertheless succeeds in – yet again – translating Dylan for a broader audience and bringing complex lyrics and ideas to the pop mainstream.

PS. Our post 5 New Albums That Keep the Spirit of the ‘60s Alive features the work of one member of the Byrds. The group is also among our list of 15 Bands Following In The Beatles’ Footsteps. And to read some other Bob Dylan-related posts, click here.

4 comments on “The Top 5 Dylan Covers by The Byrds”