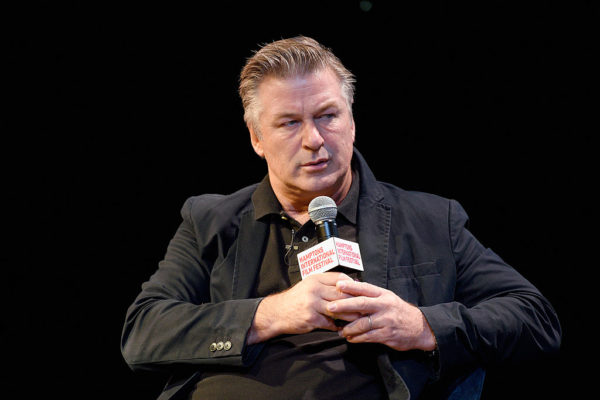 It’s not like Alec Baldwin is an undiscovered jewel, but his role as radio/podcast host may be one of his finest. On Here’s The Thing, his public radio show and podcast, Baldwin both exploits and tones down his celebrity mega-wattage. His high profile enables him to attract a variety of genuinely interesting guests: from familiar celebrities like Chris Rock, Lena Dunham and the reclusive David Letterman; to urbane raconteurs like the late Elaine Stritch; to Big Thinkers like Nobel laureate Joseph Stieglitz.  And how can you resist an episode called “Amy Schumer Grew Up in a Nude House“?

Over time, he has evolved into a good interviewer, learning when to inject himself into the stories – often with a comic payoff – and when to sit back and listen. There’s a distinctly Old School vibe to the proceedings, where Baldwin gives his guests time to think and to ramble. He likely owes a debt to one his guests, Dick Cavett, who is a master of the brainy, witty chat that surfaces in the best episodes.

His status as a “fellow traveler” among his celebrity guests, and his obvious empathy for life in the public eye (where Baldwin has had more than his share of troubles) also allows him to draw out less-familiar anecdotes from his guests. Jerry Seinfeld’s seeming detachment from the ups and down of showbiz life makes even more sense, for example, once he describe his decades-long meditation practice. (It’s also just plain fun to hear Baldwin swap Marlon Brando impersonations with Cavett or Long Island accents with Billy Joel.)

Here’s The Thing fits somewhere on the spectrum between NPR stalwarts like Ira Glass and Terry Gross, whose own personalities are secondary to their subjects’, and podcast powerhouse Marc Maron, who is always the star of the show. Baldwin and Here’s The Thing are works-in-progress (who isn’t?), and very much worth a visit.

1 comment on “A Talk Show Where People Actually, Well, Talk”