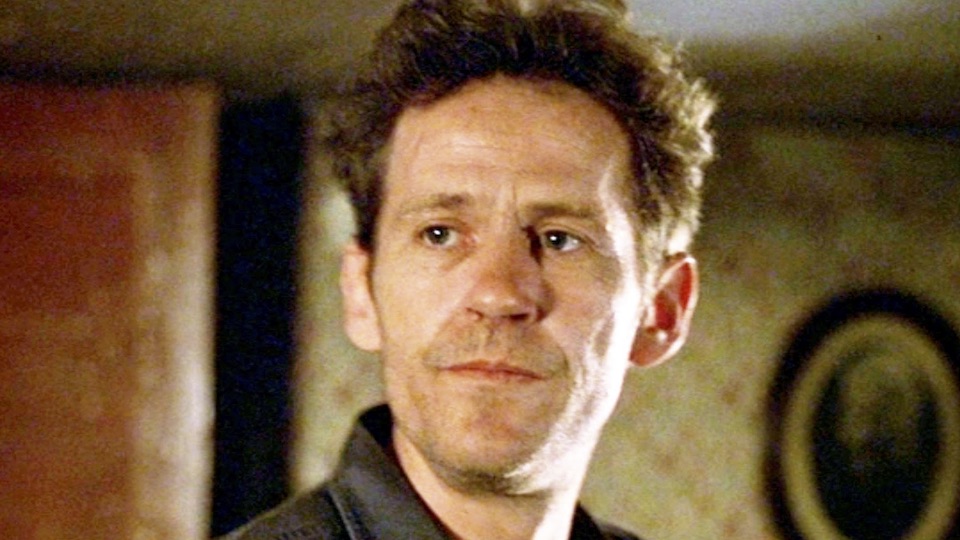 It could be argued that rock stars should just play music and not play a part in any film.  Let’s just say that the TCM channel won’t be having a night called “Sun-Day,” devoted to the films of 1950’s Sun Studio musicians in starring roles. This would include Elvis’ vast body of mostly forgettable film work, Roy Orbison’s Fastest Guitar Alive (which met a fast box office death), and Johnny Cash’s Five Minutes to Live.  Other music legends have discovered that they should spend more time in their chosen field and less in another.

Richard Lester, director of A Hard Day’s Night, said of Paul McCartney’s acting that Paul “was so enthusiastic he perhaps tried too hard” while George “was the best in the band because he didn’t try to do too much, but always hit it right in the middle.”

But there have been some musicians who proved to be as comfortable on a movie set as they were playing an instrument.  Exhibit 1 is the most obvious: David Bowie; whose first film was rated “X”—due to violence (those were the “X” rated days!)  The short film The Image is now forgotten, but Bowie’s starring turns in The Man Who Fell to Earth and The Hunger are as inspired and nuanced as his music.  But then again, it’s been said that Bowie’s best album is The Rise and Fall of Ziggy Stardust and the Spiders from Mars because Bowie was acting the part of Ziggy; an androgynous, alien rock star.  In the opening track, “Five Years,” Bowie admits “I feel like an actor…”

Strangely, this was a feeling that Tom Waits never strongly had.  As he noted:

“I do some acting.  And there’s a difference between ‘I do some acting’ and ‘I’m an actor.’ People don’t really trust people to do two things well.  If they’re going to spend money, they want to get the guy who’s the best at what he does. Otherwise, it’s like getting one of those business cards that says about eight things on it. I do aromatherapy, yard work, hauling, acupuncture.  With acting, I usually get people who want to put me in for a short time. Or they have a really odd part that only has two pages of dialogue, if that.”

Much like Hoagy (“Stardust”) Carmichael, who was another piano-playing composer and had an acting career as a side hustle, Waits is always a welcomed celluloid sight.  His album covers even have a cinematic feel; most of them looking like stills from a film noir movie (i.e. The Heart of Saturday Night,); while a number of his songs (“Small Change (Got Rained On with his Own .38),” and “Christmas Card from a Hooker in Minneapolis”) act as aural noirs.

But there is a good reason why he’s worked with directors Francis Ford Coppola (who hired him three times), Robert Altman, and mostly with Jim Jarmusch (who seems to speed dial Tom as soon as he secures funding for a film).

The two kindred spirits met in the early 1980s at a party hosted by artist Jean-Michel Basquiat–which both ditched to go bar hopping.  Jarmusch, who gave Waits his meatiest role in Down by Law, went on to direct his pal in four other films; including pairing him up with Iggy Pop in one of the Coffee and Cigarettes vignettes.  It was in this epic that Waits rasped: “I performed a tracheotomy with a ballpoint pen.”

The two further corroborated on forming the “Sons of Lee Marvin,” a goofy secret society where the requirement is that members have to look like they could be Lee Marvin’s son.  Besides Jim and Tom, Marvin-look-a-like members include Josh Brolin, musicians Thurston Moore, Nick Cave, John Lurie, and Neil Young.

While Jim and Tom wished they could have been Lee Marvin’s friend, for most of his life, Levon Helm “un-friended” Robbie Robertson due to Helm claiming for years that Robbie ripped the drummer off when it came to sharing the songwriting wealth on Band songs.  The two Band-mates may not have shared songwriting royalties but they did share a deep interest in film.

Related: “Five Great Songs I Helped Create With The Band”

Robertson wrote in his Testimony autobiography that he and Levon once took two women to a drive-in for a make-out session, only for the musicians to only pay attention to The Grapes of Wrath on the screen.  But while Robertson’s non-descript acting career (including The Crossing Guard and Carny) wasn’t much to write home about, Levon looked comfortably at home in front of a camera.  Levon noted:

“Tommy Lee Jones was the guy who got me into movies in the first place, back when he told Michael Apted (director of Coal’s Miner’s Daughter) I’d be good, playing Loretta Lynn’s daddy.”

Tommy later cast his friend to play a destitute blind man in Jones’ directorial debut, The Three Burials of Melquiades Estrada.  The two later acted in In the Electric Mist, where Levon played Confederate General John Bell Hood — a big step up from Helm merely playing Confederate trainman Virgil Cane in Robertson’s song “The Night They Drove Old Dixie Down.”  Levon recalled: “Robbie and I worked on the song up in Woodstock.”  Much to Levon’s long-lasting chagrin, his work wasn’t acknowledged in the songwriting credits.  As Robertson said:

“Some people can write songs, others can’t.  Levon did not write any songs.”

Levon could have well pointed out:

“And some musicians can act, some can’t.”

3 comments on “Act Your Part: Rock Stars In Movies”