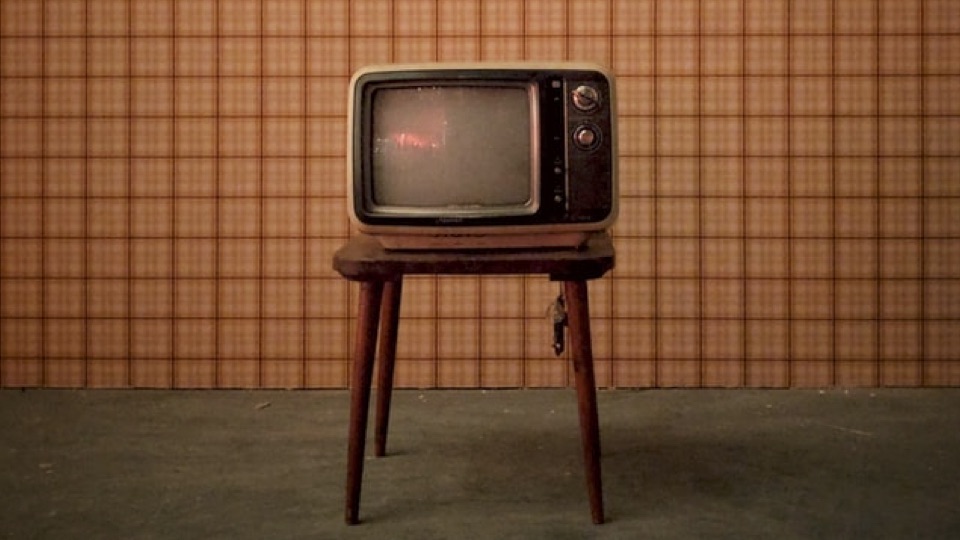 The eighties. Depending on your persuasion, it was either Reagan and riches, or astrology and AIDS. The bands who made it from the seventies either compromised their sound or personnel (Genesis, Pink Floyd, and Public Image Ltd.); the bands that didn’t were either the victims of fashion changes or something much worse entirely (read When Giants Walked The Earth for evidence of the latter).

Live Aid was one of the decade’s most towering musical moments. Charles Windsor married his princess. Irish inmates starved themselves in British prisons; famine and fear changed Ethiopia from prosperous to penniless. Amidst the headlines came the threat of nuclear war, which also channeled creativity from pop starlet Nena, to stadium monsters Queen and David Bowie. John Lennon never had the chance to write his nuclear opus, as he was murdered on the New York streets that he had long considered home.

And it’s this decade that is the backdrop to Scarred for Life Volume Two: Television In The 1980s, Stephen Brotherstone and Dave Lawrence’s excellent follow up to their detailed examination of the various scares that haunted people during the seventies. Straight from the get-go, the book lunges for the jugular, though true to form, the work doesn’t discriminate between those who lived through the decade, and those who didn’t (this reviewer was born in 1993) — but rather washes itself in nostalgia with monochromatic attention to detail.

Related: “Where Were You…When You First Heard ‘We Are the World'”?

Together, Brotherstone and Lawrence bring readers back to the many ghouls scarier than the dinner ladies that imposed healthier foods on British schoolchildren. Britain exported Duran Duran and A Flock of Seagulls to America, perhaps their way of thanking the United States for decorating their screens with He Man, Gobots, and Transformers. There were more than enough monsters of the British variety: bullies surrounded children’s favorite Grange Hill with serial aplomb. Noseybonk‘s masked baddie seemed more dubious than any of the phantoms who stood on Andrew Lloyd Webber’s stage. And in keeping with the decade’s eerie aesthete, a Stephen King adaptation is brought to terrifying life, via Salem’s Lot.

1001 TV Shows You Must Watch Before You Die contributor James Gent writes about Johnny Jarvis, an ode to wasted adolescence in the presence of Thatcher’s reign, while Chris Orton brings readers/viewers into a world spun by deceit and murder, by paying tribute to the probing Edge of Darkness. (CultureSonar readers might be more familiar with the US remake of Edge of Darkness, starring Mel Gibson. Curiously, both the British series and US film were directed by longtime James Bond veteran, Martin Campbell.)

Each essay is written with love for an era of television more intent on piercing viewers than entertaining them. Every writer remembers the various episodes that warned children of the vehicles and venereal diseases that stood on every street corner. Amidst the pandemic that has locked an entire world to their living rooms, the topics, theories, and aphorisms seem more prescient now than they did forty years ago. And much like the eighties, this current pandemic must ultimately end.