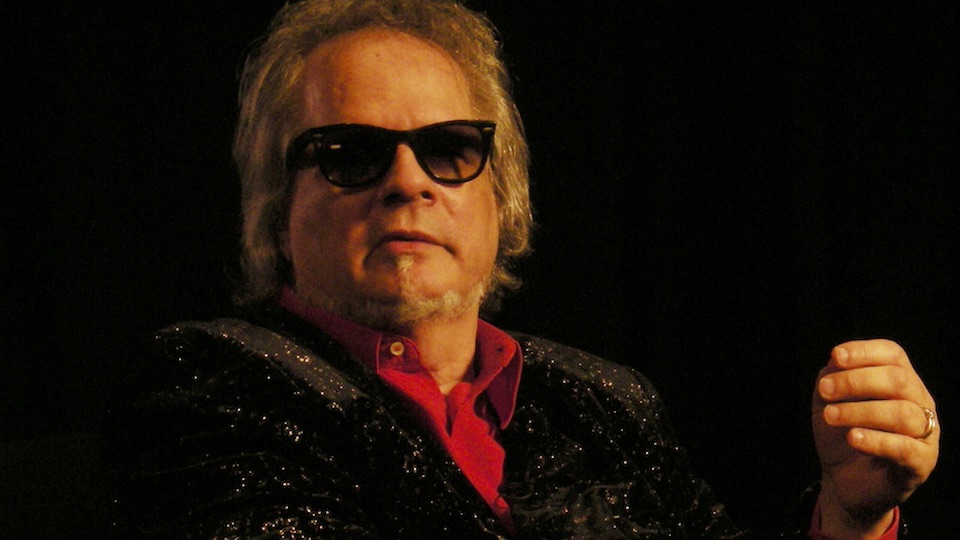 Al Kooper’s career is one that any musician growing up in the 60s would envy. What Kooper relates in his book, Backstage Passes & Backstabbing Bastards is that even a storied career as his is not all gold records and groupies but is also filled with setbacks and knockdowns. However, Kooper’s tenacity allowed him to bounce back and grow, working with Mike Bloomfield, B.B. King and Lynyrd Skynyrd, to name a few. Kooper refers to his early years as 10% talent and 90% ambition. However, as he’s aged, he says that the equation has turned upside down. Here are some highlights that brought Al Kooper to that place.

Al Kooper is well known for writing the big Gary Lewis & the Playboy’s 1965 hit, “This Diamond Ring” and contributing the unique organ backing on “Like a Rolling Stone,” helping to create what Dylan would later call the “wild mercury sound” of that era. But Al also released a solo single in 1965 called, “New York’s My Home (Razz-A- Ma-Tazz).” The single on the Aurora label is hard to find but is more easily found on Kooper’s 2001 compilation, Rare and Well Done.

After the Highway 61 sessions, Kooper’s talents were in demand and the Blues Project, headed by guitarists Danny Kalb and Steve Katz, asked Kooper to join. Kooper soon found out that they were more than a blues band, also playing gentler flute-based jazz and folk tunes. After they scored a minor success with a more pop-oriented song, “No Time Like the Right Time,” Kooper left, wanting to explore a bigger, horn-oriented sound.

The Blood Sweat & Tears album A Child Is Father to the Man is probably Kooper’s most ambitious project. It combines his jazz, soul and pop influences enhanced by a four-piece horn section that he wanted to be more expansive than “R&B” horns but not as elaborate as a full-blown jazz band. Steve Katz was a holdover from the Blues Project and other band members included Randy Brecker on trumpet, Fred Lipsius, sax and Bobby Colomby, on drums. Kooper wrote several of the albums 12 songs, including “I Can’t Quit Her” and the soulful “I Love You More Than You’ll Ever Know.” It also included covers of Harry Nilsson’s “Without Her” and Gene Pitney’s “Just One Smile” written by Randy Newman. The album was both a critical and commercial success but there was one big problem; a faction in the band, led by Colomby, wanted it to be fronted by a lead singer, forcing a coup that pushed Kooper out and brought in singer David Clayton-Thomas.

Kooper and Bloomfield bonded at the Highway 61 Revisited sessions. Kooper wanted to work with him to showcase the brilliant but troubled guitarist’s talents. His idea was to record a jam session album as jazz musicians did with the Prestige and Blue Note record labels. He set up a relaxed recording atmosphere and was able to get half an album from Bloomfield before the guitarist’s insomnia got the best of him and he could not continue. Kooper frantically contacted guitarists in his black book and was able to snare Stephen Stills for side two.

Though best known for his collaborations, Kooper has recorded many solo albums, I Stand Alone being the first. He covered “Hey, Westen Union Man” with Nashville session musicians Charlie McCoy, Wayne Moss, and Ken Buttrey whom he had met on the Blonde on Blonde sessions — with Don Ellis arranging the horns. Charlie Callello, whom he’d later work with on the TV series, Crime Story arranged the strings on several songs.

While in London on what was supposed to be a vacation, the Rolling Stones recruited Kooper to play keyboards on “You Can’t Always Get What You Want.”  Jagger also requested him to arrange horns for the song. The full horn arrangement was left out but it included the simple yet regal french horn introduction that immediately identifies the song.

While touring the south in 1972, Al Kooper became aware of the groundswell of rock and roll emerging there. He was especially enamored with a tough bunch of blues rockers and became friendly with the band’s lead singer. The singer was Ronnie Van Zant and the band, of course, Lynyrd Skynyrd. A mutual respect developed between the savvy New Yorker and rowdy southern boys and Kooper went on to produce and promote their first three albums.

Other Kooper endeavors include session work on B. B. King’s Live and Well album (1969), Nils Lofgren’s Authorized Bootleg (1975) and soundtrack work for Michael Mann’s TV series, Crime Story (1986). In 1995, he released a two-CD album, Soul of a Man that reunites members of the Blues Project and Blood Sweat & Tears, along with his more recent group the Rekuperators, for a career-spanning retrospective of his fascinating career.