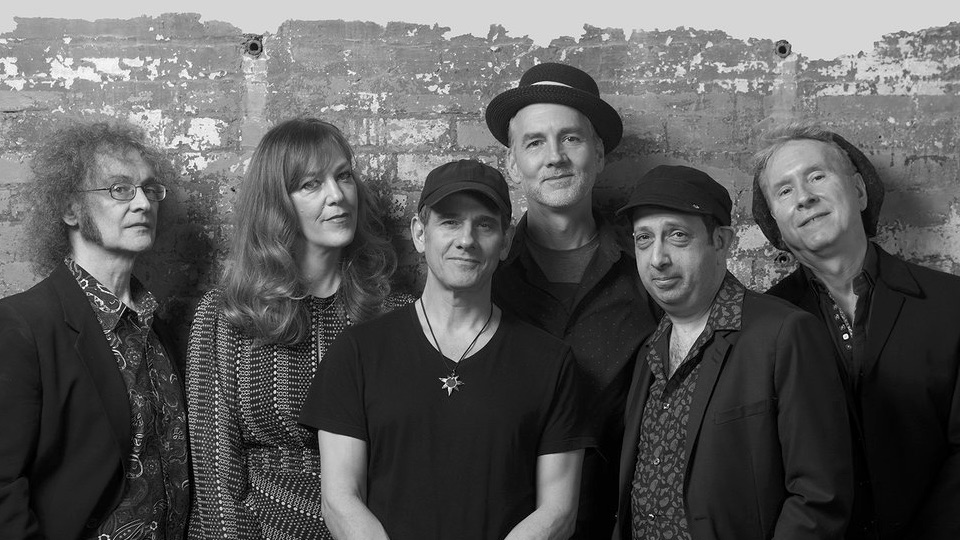 Nobody loves to play “What if?” more than Beatlemaniacs. And one of the most fun variations on the game is throwing a different set of variables into the Beatle Supercomputer to envision an alternate-universe version of the Fabs. The arrival of Other Broken Dreams, the third album from Bubble, provides an answer to the question “What if The Beatles were a 2020 indie band from NYC?” Brooklyn-based singer, guitarist, and songwriter Dave Foster has kept himself busy marshaling the melodic forces of Bubble since the ’90s, yoking classic pop hooks to a sophisticated compositional skillset with his crafty co-conspirators.

That’s not to suggest that any of the songs on Other Broken Dreams actually sound like denizens of the Lennon/McCartney canon. The last thing a 2020 Beatles album would ever sound like would be a ’60s Beatles album. The invention and originality at work on Bubble’s latest LP leave no room for retreads — that sort of thing can remain reserved for people with the surname Gallagher. It’s just that the band’s pure pop vibe and harmonic dexterity seem to drink from the same river as Ringo and company, but as the old adage says, nobody can step into the same river twice.

Foster formed Bubble in New York City in 1993 with bassist Russ Alderson and drummer Tommy DeVito, though they played their first few gigs under the name The Dave Foster Thing. After their second album, 2009’s appropriately titled Seconds, singer Rembert Block was added to the lineup.

Due to some complicating factors, Other Broken Dreams is Bubble’s first album in over a decade. It actually started with a series of sessions in 2013. Along the way, personal issues and the introduction of two additional members — lead guitarist Mike Fornatale and keyboardist Charly Roth, both bearing stellar musical CVs as long as an elephant’s trunk — led to a lengthy retrenchment.

When the process was finally taken up again, Foster says, Bubble determined to “take our time making a record we’d be proud of.” At last, Other Broken Dreams is ready for its close-up, and the care applied to the process is clear from front to back.

The stomping beat and snarling riffs of “Be Careful” kick things off with a rocking vengeance. Fornatale’s feral, deliciously lewd guitar solo should come with an NC-17 warning. “Even though the lyrics feel very timely in light of the ongoing pandemic struggle,” explains Foster, “I wrote the song in the midst of a breakup/divorce. I thought at the time I was writing the song as a message to my partner but I can see now I was also writing to myself. I do feel like we could all be a little more careful and caring with each other…especially right now.”

“Don’t it Make You Wanna Cry” has a larger-than-life feel, with Roth’s keyboards underling an Armed Forces-era Elvis Costello vibe. “I started writing this one at a recording session for what eventually became our second album,” says Foster, “and it got played live but never recorded till this album. I think it’s what the kids call ‘power pop,'” he adds wryly.

On the other end of the sonic spectrum is the stripped-down “There is Hope,” with acoustic guitar, Block’s accordion, and a twang noir solo from Fornatale taking up the heavy lifting. Though its feel is the opposite of the album’s opening track, it’s another song that feels suited to the times. “This is a great example of the level of collaboration and musical brilliance that happens with my amazing bandmates,” Foster enthuses. “I think the words are very positive and timely,” he confirms.

Circling back to the Beatles parallels, if “Be Careful” is Bubble’s “Baby, You Can Drive My Car” equivalent, then the sprawling, otherworldly “Bye Bye” with its trippy, paisley-bedecked vibe could be their “Across the Universe,” at least if you cock your head sideways and squint real hard. Foster actually had the song simmering for a long time in an acoustic version. “I dusted it off and brought it to Tommy and Russ while we were rehearsing for the new album,” he says. “They completely turned it into a Bubble song.”

Like any right-thinking rocker, Foster understandably squirms at the idea of being compared to his musical heroes but allows that it’s “pretty obvious I/we were all heavily influenced by them. I mean, if you’re saying the Beatles’ musical DNA filtered through my very New York upbringing and the mostly NY/NJ collective experiences of the band, plus two Texans, Russ & Rembert,” he relents, “this is what it would sound like.”

Other Broken Dreams is available from Bandcamp now.