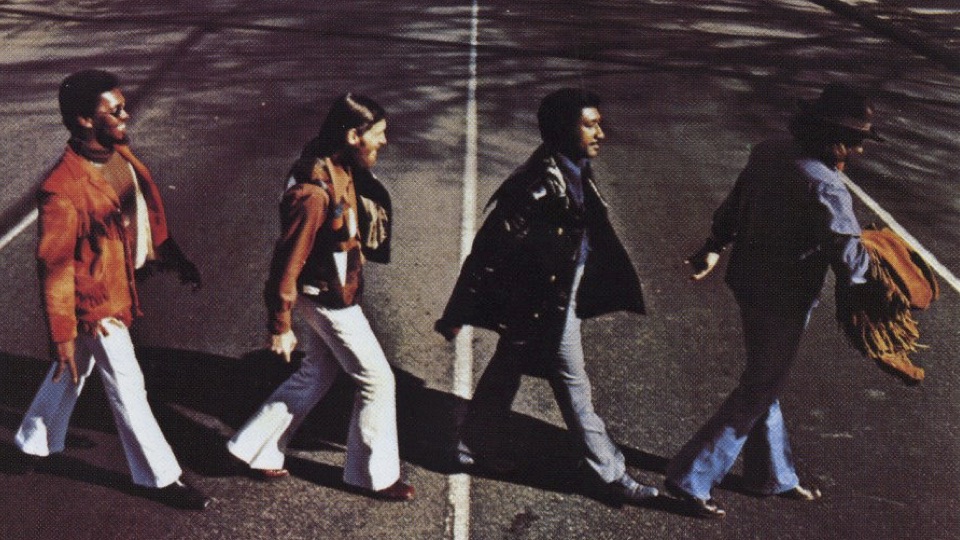 In 1969, when Booker T. Jones dropped Abbey Road onto his turntable for the first time, he was so completely caught off guard that he immediately decided to record a cover of the entire album himself.

Booker Taliaferro “T” Jones, Jr. is a Grammy Lifetime Achievement winner who’s spent decades creating Jazz, Soul, and R&B classics. In 1992, he was inducted into the Rock and Roll Hall of Fame and is still releasing new music. Early in his life, he was labeled a prodigy. At age 16, he was asked to be a backing baritone saxophonist on “’Cause I Love You,” a hit for the (soon to be) Stax record label by Carla and Rufus Thomas. By the time 1969 rolled around, he’d already formed his band “the MGs” which included Lewie Steinberg on bass (later replaced by Donald “Duck” Dunn), Steve Cropper (guitar), and Al Jackson, Jr. on drums. Their biggest hit up to that time was “Green Onions” (1962), which according to All Music is considered to be “one of the most popular instrumental rock and modern jazz songs ever.” The iconic tune has been featured in movies including The Sandlot, Get Shorty, American Graffiti, Happy Gilmore, and Quadrophenia. Booker T has since gone on to release collaborations with artists including Elton John, Bill Withers, Rita Coolidge, Rod Stewart, Sheryl Crow, Willie Nelson, Linda Ronstadt, and Natalie Cole.

But fifty years ago, what most struck Booker T was the tribute that The Beatles had paid to African-American artists. All of the covers on Please, Please Me were previously recorded by black artists, including “A Taste of Honey,” “Twist and Shout,” “Chains,” “Boys,” “Baby It’s You,” and “Anna (Go to Him).”  Booker T felt it was time to pay it back.

On McLemore Avenue, Jones included instrumental covers of Abbey Road tracks including “Golden Slumbers / Carry That Weight / The End / Here Comes The Sun / Come Together,” “Something,” and “Because/You Never Give Me Your Money/Sun King /Mean Mr. Mustard / Polythene Pam / She Came In Through The Bathroom Window / I Want You (She’s So Heavy).”

For the album cover, Jones decided to emulate the iconic image of Abbey Road, with the band members walking across the street in a line, except that rather than a lush London park, his album cover showed the bleak and cloudy image of McLemore Ave, just outside the Stax studio in Memphis. The tone is more somber than The Beatles album, with “Golden Slumbers” almost sounding like a funeral procession. Though the timbre does pick up later on, it’s a fitting tone that highlights the challenges facing the US in the late 1960s, including race relations, the assassination of JFK, and the Vietnam War.

Listening to the rest of the songs you’ll be reminded that this is most definitely a jazz album. Transitions between songs are different and the drumming is more complex than Ringo’s. A lot of the guitar work includes overdriven distortion surpassing anything George Harrison provided.  There is improvisation. There are creative diversions from the source material. Interestingly, “I Want You (She’s So Heavy)” actually avoids the darker intro provided by The Beatles. The LP is engaging and entertaining, with Booker T’s fingerprints all over the songs. Craft Recordings just released an anniversary edition of this unusual tribute to a Beatles classic; it’s most definitely worth a listen.