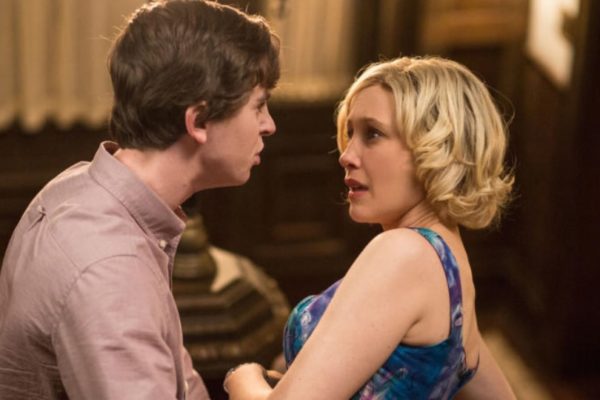 Re-imagining a familiar classic is always a tricky enterprise. It’s an especially daunting task when the property in question is a film as unforgettable — and influential — as Psycho, director Alfred Hitchcock’s iconic tale of a serial killer. Yet creators Carlton Cuse (Lost), Kerry Ehrin (The Wonder Years) and Anthony Cipriano (12 and Holding) pulled off the impossible with Bates Motel which wrapped up its fifth and final season on A&E earlier this year. In fact, their unique take on the movie’s creepy lead Norman Bates (Freddie Highmore) and his mother Norma (Vera Farmiga) was so good, it’s worth revisiting. This is an origin story unlike any other, an exceptionally clever prequel that takes the iconic film’s mother and son back in time and shows how they got to White Pine Bay, Oregon, where Norma has purchased a motel to start a healing process in the wake of personal tragedy.

The drama kicks into gear immediately since the two have barely unpacked and started their new lives when a murder occurs at the motel. A cover-up ensues. As Norma struggles to stay one step ahead of the police, Norman tries to adjust to his new high school, and life as a normal teenager. Naturally, as this is a prequel to Psycho, the chances of that happening are pretty slim. Norman suffers from mysterious blackouts; more bodies turn up; reality and fantasy blur; milk and cookies are not ahead. What starts as a precursor to Psycho quickly goes off into unexpected and fascinating directions, thanks to the sharp writing, artful direction, and an exceptional cast.

Farmiga and Highmore are brilliant in their roles and their finely tuned acting duet is truly the series’ greatest asset. Farmiga’s Norma is charming, calculating, beguiling and fiercely protective. Highmore’s Norman is sensitive, caring, tormented, unstable. Both imbue their characters with real depth and pathos so that you feel sorry for them even as you’re chilled by their behavior. That’s especially impressive with Highmore, whose character could easily have proven to be little more than a caricature of Anthony Perkins’ memorable turn in the role or Vince Vaughn’s solid but less impressive follow-up in Gus Van Sant’s generally reviled copycat homage of 1998. As the series progressed, other major characters were introduced — the town sheriff (Nestor Carbonell), Norma’s other son Dylan (Max Thieriot) and her brother Caleb (Kenny Johnson) — then drawn more deeply into the central family orbit, as secrets about the past were revealed.

The twists and turns become more intricate as the complications — and bodies — pile up. In its fifth and final season, when the show’s timeline reached the events of Hitchcock’s masterpiece, the writers cleverly upended our expectations and took the story in some surprising directions. Bates Motel is that rare prequel that enhances our appreciation of the original, yet stands on its own as an enthralling work. While American Horror Story and The Walking Dead have hogged most of the media attention for horror television over the last few years, Bates Motel was a genre-lover’s best-kept secret: an intense and thrilling ride that delighted, amused, shocked, and yes, horrified. Given the lower profile the series had after its first season, spoilers as general knowledge are few. In other words, set aside some time, start from the beginning, and enjoy at your own pace for a change. We’re guessing it won’t take long before you become enmeshed in the Bates family story. It’s that addictive.

0 comments on ““Bates Motel”: A Thrilling Take on a Classic”