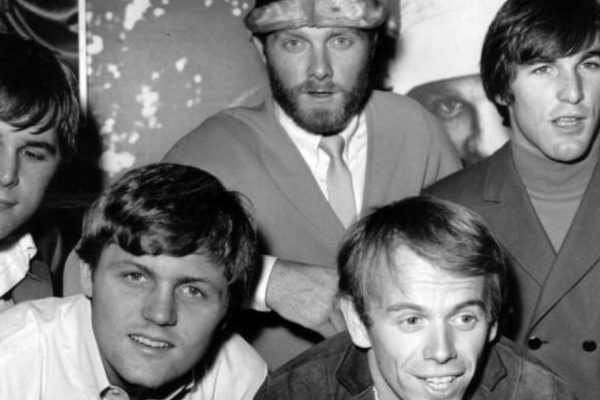 Smiley Smile is an album that is much too often judged based on what it could’ve been. The repeated story goes that once its predecessor Smile — the famous, mythicized follow-up to Pet Sounds — collapsed, Brian Wilson just took some songs out of it, re-worked them in inferior versions, and released them alongside the smash-hit “Good Vibrations.” Now don’t get me wrong. I do agree that the original Smile may have just been the greatest and most ambitious pop album ever, had it been completed and released at the time. And it’s not hard to see that the bare-bones approach of its spin-off Smiley Smile is worlds away from the adventurousness and eclecticism of Smile. But I don’t think that’s necessarily a bad thing. Moreover, I believe Brian knew exactly what he was doing when he took the band in this new direction, and now that The Smile Sessions also got an official release in 2011, there’s no real reason not to judge both projects on their own individual terms.

And in many ways, Smiley Smile is even more challenging and out-there. Stripping away the cocktail of instruments on songs like “Wonderful” and “Wind Chimes” and reducing them to just an atmospheric organ and the band’s vocals gave them a truly lo-fi, psychedelic feel. Especially when those vocals are also nearly-whispered, and coming together in harmonies that feel more like hypnotic chants than anything else. Listen in particular to the coda of “Wind Chimes” and tell me that hasn’t more in common with moods created by psych bands such as The 13th Floor Elevators than anything The Beach Boys have attempted previously. And a song like “Little Pad” has more humming than actual sung lyrics, but what gorgeous humming that is — setting a dreamy, tranquil mood that the album rarely breaks out of.

When it does, it’s usually because the members can’t contain their laughter, and that is another big motif of Smiley Smile. By his own admission, Brian came really close to losing his mind in the process of completing Smile. The pressure from the musical world, the record executives, as well as the ambitiousness of the album itself proved to be too much. Smiley Smile was his mean of cooling things down, of working together with the band again. Songs like “She’s Goin’ Bald” and “Gettin’ Hungry” border on silly, but they also show The Beach Boys having fun in the studio, a thing that was dearly missed. And “Fire” — a paranoid and stirred instrumental that used to cause the same feelings in its creator — has now slowed and quieted down and became “Fall Breaks and Back to Winter.”

Both the homespun and the collective character of Smiley Smile (the first album to be produced by the entire band) open the gates to a new Beach Boys era, one where Brian would step down from the stirring wheel and allow the other members to flesh out their own artistic sensibilities (brothers Dennis and Carl in particular). Only the inclusion of the two mini pop symphonies that are “Good Vibrations” and “Heroes and Villains” still points back to the ’66 period, but hey, that is more than welcome as well.