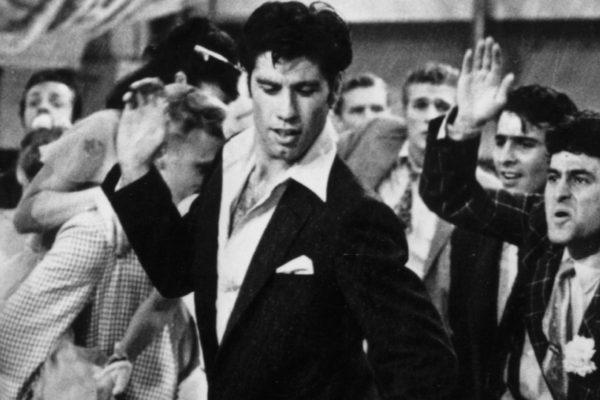 The signs are all here. The store aisles are full of pencils and notebooks and backpacks. Teachers’ cars are gradually reappearing in long-abandoned parking lots. It’s a time of joy for some, a moment of dread for others but, regardless of how you feel about the fall semester, the time for back-to-school is nigh. So we’re revisiting some of our favorite school-set movies, from musical to drama, comedy to horror. Whether you’re actually heading back to class or just feeling kinda nostalgic, turn on the DVD player, log on to Netflix and enjoy a few. Film class is now in session.

The Breakfast Club (1985)
John Hughes nailed high school in the ‘80s more than once, but The Breakfast Club is his most insightful look at the trials of teenhood. The nerd, jock, weirdo, delinquent, and princess find themselves trapped together in the school library for Saturday detention. Over the course of an afternoon, they break stereotypes and develop relationships — sharing mascara and marijuana, sandwiches and secrets. The Breakfast Club reminds us of how differently people treat each other when the boundaries are down and no one’s watching — a good lesson at any age.

Carrie (1976)
And you thought your prom sucked. Carrie has been remade several times — even as a musical — but Brian DePalma’s original still beats them all. Much of the movie’s power comes from Sissy Spacek’s performance as the victimized girl, and her scenes with Piper Laurie as her religious fanatic mother are two first-rate actors going for broke. (And how often do you see that in a horror film?) Frankly, there is as much terror in the popular girls tormenting of Carrie in hallways and locker rooms as there is in her climatic Poltergeist/Exorcist fury.

Cooley High (1975)
This comedy-drama about a group of Chicago teens on their last day of high school has been cited as an inspiration by both John Singleton and Spike Lee. Location shooting and a banging Motown soundtrack root the movie in place and time as we follow the characters through shooting hoops and chasing girls, getting into trouble and talking themselves out of it. The ending is not as upbeat as the rest of the film, but Cooley High did provide the inspiration for What’s Happening? so there is kind of a happy ending after all.

Election (1999)
Most high school stories are told through students, but the black comedy Election takes a teacher’s perspective as he oversees the race for student body president between a cold-blooded overachiever, an amiable jock, and a radical who just hopes she’ll get sent to private school. The movie takes a jaundiced look at both the adults who project their ambition onto kids and the kids who are either trying to launch themselves into adulthood or linger in teenhood. Reese Witherspoon’s Tracy is every insufferably perfect student, while Matthew Broderick’s beleaguered teacher is every adult who compromised on his way to a 401K.

Grease (1978)
A ridiculous, irresistible piece of pop art trash, Grease is the whitebread ‘50s viewed through the ‘70s disco-sleaze prism, starring a cast who are closer to 40 than senior year. Still, you’ve got John Travolta and Olivia Newton-John and a lot of sweet vintage cars and pastel petticoats. And who can resist over-the-top musical numbers like “Look at Me, I’m Sandra Dee” or “Greased Lightnin’?” Also, while the deus ex makeover is practically a staple of the high school flick, Grease’s transformation of Olivia Newton-John from ponytailed prep to spandex-clad hottie is the classic rendition.

Rock ‘n’ Roll High School (1979)
Equal parts spoof and sincerity, Rock ‘n’ Roll High School is a modern take on teen flicks of the ‘50s and ‘60s. Produced by B-movie legend Roger Corman, it follows the machinations of high schooler Riff Randall as she attempts to meet her heroes, the Ramones, who also provide the kickass soundtrack. Along the way there’s gym classes, radio contests, musical numbers and a hilariously uptight/dominatrix performance by Mary Woronov as the principal.

0 comments on “Back to School with the Movies”