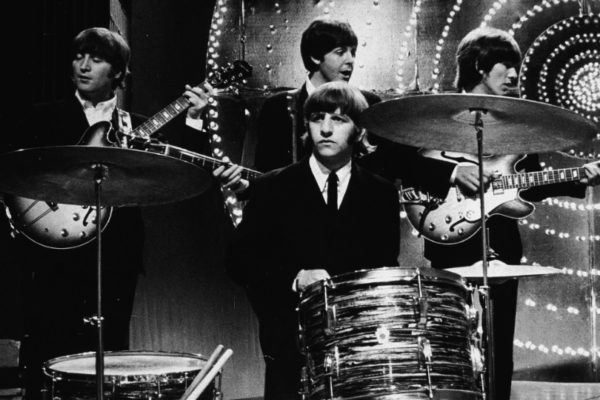 Let’s face it: The argument — or, if you wish, the discussion — over which Beatles album is “the best” will rage for as long as Beatlemaniacs populate the planet. Broadly speaking, the mid- and late- era albums dominate every poll, and CultureSonar readers are no different. You’ve weighed in via Facebook comments and likes with your top five Beatles albums of all time and, as you might expect, the “newest” album you’ve picked is Rubber Soul. Luckily, there really isn’t any “wrong” answer, and we love writing about every Beatles-related topic. So, lend us your eyes and we’ll try not to write out of key…

1. Revolver
Let’s reiterate: There are no bad choices in any list like this. But we have to be honest: This is our favorite, too, so we’ll just go ahead and say it: You’re right! Seriously, though, it’s a phenomenal album, even if you’re not inclined to believe it’s the best of their bunch. Do you want to argue that there’s a bad song in the bunch? OK, which one? “Yellow Submarine”? “Love You To”? Keep trying. While those songs may not match “She Said, She Said” or “For No One” and most certainly not “Eleanor Rigby” or “And Your Bird Can Sing,” they make perfect sense within the album’s context and contribute heavily to its overall vibe. Oh, and speaking of vibes: Revolver is of course where we meet “Tomorrow Never Knows,” which joins with “Eight Miles High” to anticipate and confirm the psychedelic revolution that took full flower the next year. A great leap forward for the lads and for Western pop music. Lastly — and this is very much a matter of individual taste — it may have the best cover here. There’s just nothing not to love.

2. Abbey Road
Again with the incredible pick, CultureSonar readers! Abbey Road is, arguably, the only other album that could have held the top spot, and settles in nicely at number two. As with Revolver, there are no bad tracks here, and the album has the added bonus of being perhaps the group’s (and George Martin’s) sonic masterpiece. Most of the album sounds as though it could’ve been recorded yesterday, which is no small accomplishment for an album that’s pushing 50. Highlights? You know them, of course — hence your vote — but the album overflows with them nonetheless. From two shockingly well-arranged George Harrison songs to Lennon’s best piece of lyrical minimalism yet (and maybe ever) to McCartney’s legendary album-closing suite, there are no real weaknesses. As with Revolver, even Ringo’s turn at the mic is welcome and fits in nicely with the album as a whole.

3. Tie: Rubber Soul and The Beatles (The White Album)
There may be no greater testament to the Beatles’ originality, creativity and persistence that these two albums — than that have very little in common with each other besides the people making the music — tied for the third spot as gathered from our reader feedback. But tie they did. Rubber Soul finds the boys building on the forward steps of Help! and hurtling towards peak musical and lyrical sophistication. The White Album, on the other hand, showcases them after the life-changing events of manager Brian Epstein’s passing and their tete-a-tete with the Maharishi Mahesh Yogi. It’s instructive to imagine The White Album, rather than Sgt. Pepper, showcasing the wax figures of moptop-era Beatles visiting their own grave.

Despite their many and pronounced differences, they’re both spectacular albums. Rubber Soul introduces us to a rapidly maturing outfit, capable of turning out thoughtful, winsome songs like “In My Life” and “Girl,” soul-influenced rave-ups like “Drive My Car” and “The Word” and standard pop fare such as “Michelle” and “Think for Yourself.” Aside from the nearly unlistenable “Run for Your Life,” which Lennon often claimed as his worst song, the album demonstrates a band taking full artistic control of their destinies. The White Album, on the other hand, demonstrates what life is like after the artistic control has been taken and a band can get away with more or less anything. The truly weird stuff — “Revolution No. 9,” “Long, Long, Long,” “Wild Honey Pie” – is balanced by more traditional fare like “Dear Prudence,” “I Will” and “While My Guitar Gently Weeps.” And those titles are, of course, only a small percentage of the 30 tracks that make up the album in its entirety, meaning that there’s something for everybody somewhere in this album. The White Album remains — and will likely remain for the foreseeable future — the album against which all truly weird albums are measured.

5. Sgt. Pepper’s Lonely Hearts Club Band
It’s hard to be shocked that the most celebrated Beatles’ album — and one of the most celebrated Rock albums in history — got voted in, and there are excellent reasons to include it in this list. First and foremost, “A Day in the Life” maintains its hypnotic otherworldliness more than 50 years after its release and is probably still the leading candidate for top Beatles tracks of all time. Two of the other Lennon contributions — “Lucy in the Sky with Diamonds” and “Good Morning, Good Morning” — still sound as fresh as the June morning when the world first heard them. In addition, “Within You or Without You” may be Beatle George’s true masterpiece.

P.S. Click here to pre-order your Deconstructing The Beatles DVDS now and get a 10% discount by using the code PREFAB at checkout.

10 comments on “Your Top 5 Beatles Albums”