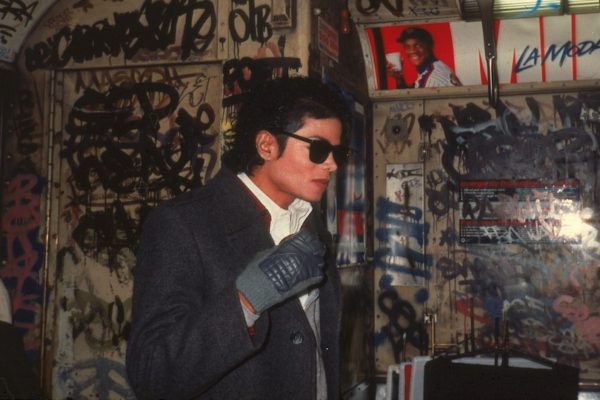 In 2016, Spike Lee released a new documentary, Michael Jackson’s Journey from Motown to Off the Wall. This is the second film Lee has done about the King of Pop. (In 2012, he looked at the making of Jackson’s 1987 album, Bad.) It captures Michael (and his brothers) as he struggles to rise above the child star label, move past the family dynamic that had held him in its grip, and develop his own vision.

Whenever you hear the name Michael Jackson, his massive album, Thriller, comes to mind. It just broke a world record as the only album to go 30x Platinum – 30 MILLION copies, and counting. It’s a worldwide cultural treasure.

But there would be no Thriller had there been no Off the Wall (1979). The film takes apart the songs that helped Jackson deftly bridge the end of the disco era and create a record that holds up no matter what genre happens to be dominating the music scene. Deejays still regularly turn to the tracks on this album because they never fail to fill a dance floor.

Outside of the music in the film, what struck me most while watching was the absolute sheer joy Michael expressed in his dancing at this time. Yes, he could sing. But at this period of his life, he was freer to break from the tightly choreographed routines he’d done with his brothers and release his inner groove. And man does that freedom show.

I read somewhere that Jackson’s imperious father, Joseph, beat the boys when they messed up. Some of Michael’s lightning-fast moves were developed as a way to duck the blows.

Concert footage shot during Jackson’s late 70s/early 80s shows (with his brothers) gives hints of moves we’d see later in the videos for “Thriller.” He dances with total abandon, yet total control. Fellow dancers including the late Gene Kelly, Sammy Davis Jr., and Fred Astaire are included in the film, with Kelly noting that this “controlled abandon” of Michael’s is the hallmark of the very best dancers. (Michael stole Kelly’s trademark white socks and loafers, the better to show off his footwork – he just added sequins to those socks. ‘Cause why not?)

Jackson’s signature is, of course, the Moonwalk, which he famously unveiled at Motown’s 25th Anniversary special in 1983. But his dancing was more than just “tricks.” Like Nijinsky, Baryshnikov or Kelly, it was a complete and total expression of what was going on inside of him, in the moment. Like his idol Fred Astaire, he was known for practicing until his legs gave out. And we all got the benefit.

Given the scandals and weirdness that weighed down Jackson’s reputation in later years, Spike Lee’s excellent film is a wonderful look back at a time when a young man was finding his voice and bringing a whole lot of joy to his audience.

One moment in the film has an engineer wondering why Michael suddenly left the booth in the middle of recording: he found Jackson in the hall, dancing like a maniac. Because, as he explained, he couldn’t sing standing still – he just had to move.

Hey, YOU try sitting still when you hear “Don’t Stop ‘Til You Get Enough” – I dare you.