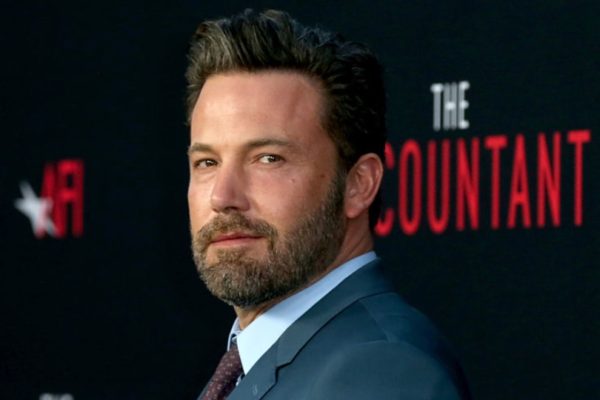 More than most performers, Ben Affleck’s career has been defined by its highs and its lows. At the top are two Oscars: one for screenwriting (Good Will Hunting), one for best movie (Argo). At the bottom, perhaps the ill-fated Gigli, a film for which the actor received some of the worst reviews of his career. (Critic Richard Roeper called it “horrible.”) Searching for quality Affleck? Well you’ve got his collaborations with Kevin Smith with whom he made Mallrats, Dogma, and Clerks II. (Frankly he was never funnier than he was in Chasing Amy.) But there’s another genre in which he’s consistently excelled— namely crime pics. Interestingly, many of these films have been passion projects, suggesting that if Affleck went with his heart more often, he’d be even a bigger star than he already is. Consider the evidence.

Reindeer Games (Actor)
Straight from the beginning of this John Frankenheimer thriller, you know Affleck’s convict inside and out: He’s a guy who wants to get out of prison to reunite with his family but he also cannot resist the opportunity to get involved with a heist. Seeing this ex-con and his crew rob the casino while dressed up as Santas is only part of the fun. This is also one of Affleck’s earliest action films (he’d made Armageddon just a couple of years earlier) and it’s a pleasure to see him embrace the role in all its glory.

Hollywoodland (Actor)
Affleck has become the current face of the Batman franchise, however before he transformed into that caped crusader, he was seducing audiences as George Reeves, the actor best known for playing Superman on television. This time around, Affleck’s charm shines whether he’s doing something as simple as dining with love interest Toni Mannix (Diane Lane) or posing for the paparazzi. Yet this isn’t a surface performance by any means. Just watch Affleck reenact the different versions of Reeves’ tragic death. To call this performance multidimensional would be an understatement. Indeed he’s so convincing throughout that you’re left unsure how Reeves met his untimely end. The mystery continues….

The Town (Director, Actor, Screenwriter)
When people think “Ben Affleck” and “crime movies,” this 2010 movie may be the first one that comes to mind because the crime is so central to the story. Shot in Boston (Affleck’s hometown), the flick concerns one smart if misguided Doug MacRay who decides to pull off the perfect heist with his buddies. The eventual big target? Fenway Park! What’s fascinating about The Town is it’s also a love story as McRay falls head over heels after a chance encounter with Claire Keesey (Rebecca Hall), who he allows to endanger future heists.

Live by Night (Producer, Director, Actor)
People have unjustly reviled this film, especially considering how good Affleck and his costars are. His Joe Coughlin — a WWI veteran — has slowly become jaded after returning home and has ended up robbing banks until he’s eventually working with the Italian mafia. (In a way, he’s like an ancestor of MacRay from The Town.) Life’s further complicated because Coughlin’s father (Brendan Gleeson) is the police chief. In Live by Night, Affleck truly makes you feel the same grief his character feels for not being there for the last years of his father’s life. Bring a box of tissues.

The Accountant (Actor)
Affleck’s autistic assassin is in some ways a game-changer because his character has so little dialogue and the actor’s not banking on his signature charm. To his credit, Affleck pulls it off by making the most of those times his character does talk, especially when recounting a family trauma. With Anna Kendrick in his heart and the US Financial Crimes Enforcement Network on his tail, this guy is hardly living the life of a typical numbers cruncher. And the good news is we’ll find out more about his The Accountant assassin-character soon.

Tommy Zimmer is a writer whose work has appeared online and in print. His work covers a variety of topics, including politics, economics, health and wellness, addiction and recovery, and the entertainment industry.

0 comments on “Ben Affleck Is Killin’ It in Crime Pics”