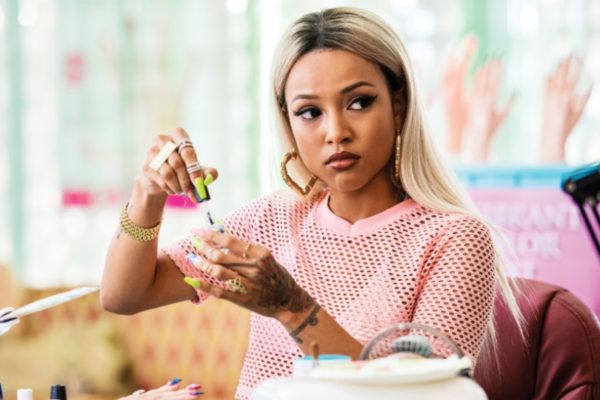 Fresh off of the ceiling-smashing box office success of Wonder Woman, the small screen is wisely following suit by putting strong, charismatic, game-changing women at the center of all the action for many new shows this season. To the medium’s credit, these series are representing diverse ethnicities, body types, and social classes. You’ve probably already checked out Unreal and Big Little Lies which have proven to be as refreshing as summer mojitos. But we’d encourage you to add the following to your cue as well: Claws (TNT), Daytime Divas (VH-1), and Gypsy (Netflix) which are all making splashes of their own. There’s also Season 2 of Insecure right around the corner.

Daytime Divas (VH-1)
Based on Star Jones’ Satan’s Sisters, this soapy series chronicles the cat-fights and hijinks of a daytime talk show called The Lunch Hour (no doubt inspired by The View). As the diva-in-charge, Vanessa Williams reigns as she fends off her competitive co-hosts. But she’s ably supported by Tichina Arnold (Everybody Hates Chris) as resident funny lady Mo Evans, Camille Guaty (Scorpion) as serious journalist Mina, Chloe Evans (Pretty Little Liars) as former TV sensation/recovering addict Kibby, and Fiona Gubelman (One Day at a Time) as Christian pageant star Heather. Anyone who’s ever watched The View will get a kick out of the satire here.

Gypsy (Netflix)
Naomi Watts (Twin Peaks) is practically synonymous with psychological thriller. Her character here, therapist Jean Holloway, can’t quite keep her personal and professional lives separate because she’s constantly seeking inappropriate thrills from manipulating her patients. Sometimes the border crossed is pretty tawdry like when she gets embroiled in an affair with a Sydney rocker played by Sophie Cookson (Kingsmen: Secret Service). Billy Crudup (20th Century Women) co-stars as Jean’s suspicious husband who senses his wife may be breaking some rules. Keep the air conditioning on for this one.

Insecure (HBO)
Multi-hyphenate writer-director-actress Issa Rae (Awkward Black Girl) returns for a welcome sophomore season of Insecure. No doubt, we’ll be struggling with her as she goes on a string of hilariously bad dates following that brutal breakup with Lawrence (Jay Ellis) in Season 1. Will she reunite with Lawrence or repeat past mistakes by hooking back up with Daniel (Y’Lan Noel)? Her bestie Molly (Yvonne Orji) will likely double as a life coach now that the two have made amends. If you missed the first season, get caught up now because Season 2 (debuting Sunday, July 23) looks full of even more laughs and drama.