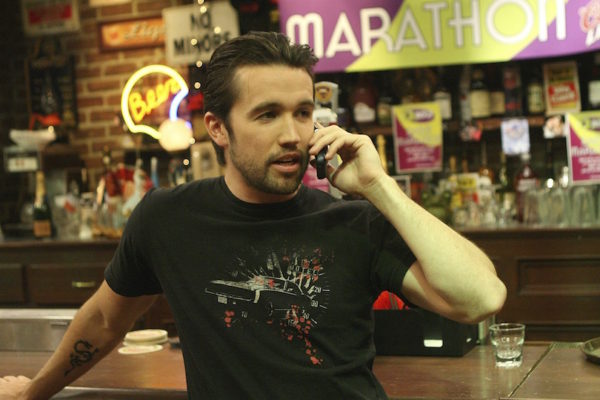 Take a group of Seinfeld-like friends, stick ‘em in the City of Brotherly Love, sprinkle in some adult situations with a dollop of narcissism then add a splash of pop cultural references and you’ve got the recipe for the very, very, very long-running It’s Always Sunny in Philadelphia. On the air since summer 2005, this show now qualifies as the longest running live-action sitcom currently on TV. (Sorry, The Big Bang Theory) And while each season has its pleasures, the following three are the “best of the best.”

Best Episode: The two-part “The High School Reunion” episode has the gang discovering that they were not the cool kids they assumed they were back in the day. The well-choreographed dance sequence to George Michael’s “Freedom! ‘90” is truly unforgettable.

Standout Guest Stars: Jason Sudeikis plays Schmitty — a former member of The Gang who, we are initially told, was kicked out because he would not play Night Crawlers with Charlie (Charlie Kelly). Seen previously in Season 6, Sudeikis’ role is even more memorable here when he shows up late for the reunion, then leaves with a waitress.

Signature Line: “Children’s beauty pageants are an American tradition, but not a proud one.”

Silver Medal: Season 5 (2008)
This season had a lot to do with not making money via merch at the bar, a botched movie pitch to M. Night Shyamalan, and a misguided attempt to break into real estate.

Best Episode: In “Paddy’s Pub: Home of the Original Kitten Mittens,” the get-rich schemes of selling questionable goods from the bar yield quite a few products that fall short of genius: the aforementioned mittens, nudie pens, and dick towels among them.

Standout Guest Star: “Rowdy” Roddy Piper, the famous WWE icon and They Live’s leading man, shows up as Maniac, a former wrestler who inspires The Gang to create their own ringside alter egos.

Signature Line: “Is your cat constantly …stomping… around?? Driving you CRAZZYY?!”

Bronze Medal: Season 2 (2006)
Danny DeVito’s arrival took this show to another level. The show’s sophomore year also reinforced Charlie’s crush on a waitress from a nearby coffee-shop and had a memorable sendup of Million Dollar Baby — leading to many lampoons of popular culture in future shows.

Best Episode: The hilariously improvised campaign video at the center of “The Gang Runs for Office” feels almost prescient with its garbled language and non- sequiturs. This might not be the very best episode ever but it definitely feels the timeliest.

Standout Guest Star: Remember the Big Ragu from Laverne & Shirley? Well, he’s back. Or at least Ed Mekka – the actor who originated that role – is. Now he’s Bobby Thunderson, Frank’s old boxing nemesis, and he’s sporting the same charisma and New Yawk style that made him so irresistible in the 70s.

Signature Line: “Hello fellow American. This you should vote me. I leave power good. Thank you. Thank you. If you vote me, I’m hot. Taxes, they’ll be lower, son. The democratic vote for me is right thing to do Philadelphia, so do.”