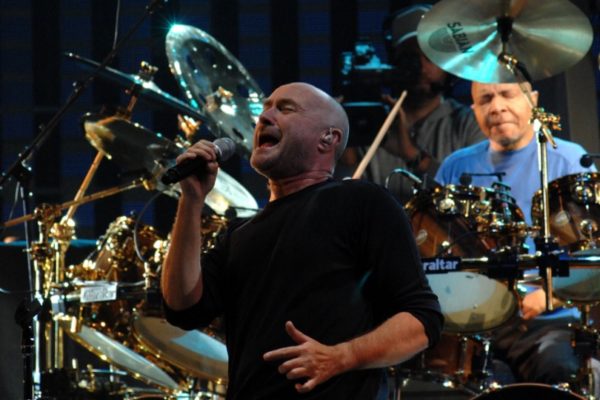 Before we even start I know you’ve already quickly scanned the list and are ready to complain that there’s no Paul McCartney or John Lennon solo songs. In making this list I added one stipulation: the solo song had to be while the band member was still part of the band or re-joined the group. No Beatles solo stuff and no Beyonce. And if you’re about to ask where’s Mick Jagger? Don’t bother. While the Rolling Stones have the second greatest library of music ever created, Mick’s solo stuff is just not worth it.

Christine McVie “Got a Hold On Me”

This was the first track off Christine’s self-titled second solo album. With a great keyboard sound and a very catchy chorus, this track always stood out amongst all the solo stuff from the members of Fleetwood Mac. I’ve also felt that Christine had the best voice in the band. She might not have had the hits of Stevie, but this track with its simple lyrics of love seemed to land better than Stevie’s more involved lines. Christine joined Fleetwood Mac in 1970 and would leave the band in 1998 but rejoined full time in 2014.

Related: “Fleetwood Mac in the 80s: Going Their Own Way”

Phil joined Genesis in 1970 as their drummer and would become their lead singer in 1975 upon the departure of Peter Gabriel. He released his first solo album Face Value in 1981, but it was his No Jacket Required in 1985 that would win the Grammy for Album of the Year. “Take Me Home” is the last track on that award-winning album and it ties it up perfectly. I think I first came across the track when it was on “Miami Vice” (how’s that for a perfect 80’s combo?) and while Phil’s lyrics were never true poetry (What is Sussudio?) his ability to craft a driving, yearning hit with perfect straining vocals is unmatched.

Off Pete’s 1980 solo album, Empty Glass, this track became a top ten hit for The Who guitarist. It stands out because it is such a departure from his usual hard-charging songs he recorded with The Who. The lyrics might not enthrall you the way “Meet the new boss, same as the old boss” but that’s the point of the love song.

Belinda Carlisle “Heaven Is a Place on Earth”

This was the lead track for the Go-Go’s lead singer off of her second solo album Heaven on Earth. This chart-topping song was released after the Go-Go’s had broken up in 1985 but they would reform in 1999. And Belinda gets bonus points for getting Diane Keaton to direct the video. The song is more poppy than the Go-Go’s usual fare but still features Belinda’s throaty unique vocals.  It also has perfect meaningless 80’s lyrics.

Don Henley “The End of the Innocence”

A great lead track off Don’s third solo album that was released in 1989. The Eagles would reform in 1994, and there have been some great Eagles vocals from Don, but this track shows off an understated Henley with great keyboards from Bruce Hornsby (who co-wrote the song). I prefer these lyrics to most Eagles songs, and that might have to do with first hearing the track as I was graduating high school. The song would reach #8 on Billboard’s Hot 100 and be nominated for both Record and Song of the Year at the Grammys.