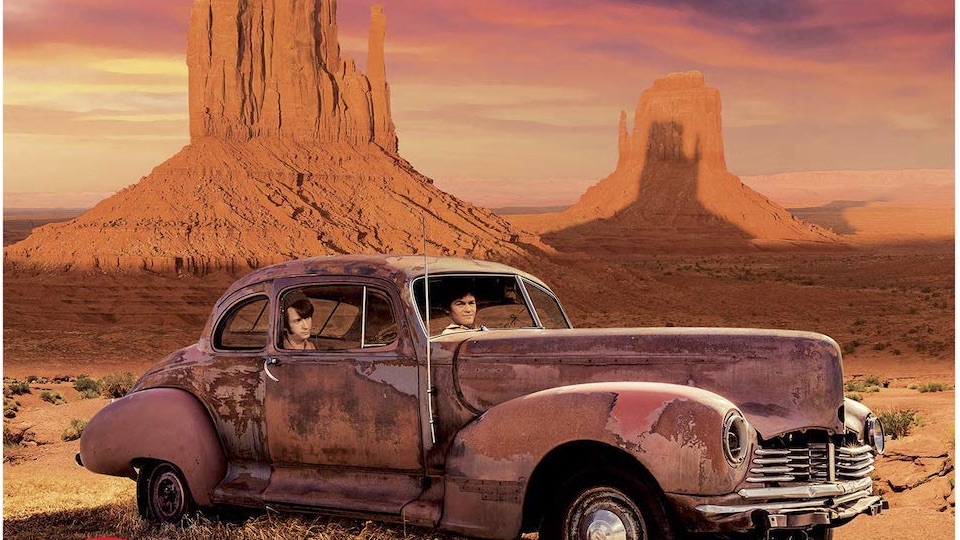 Mike Nesmith, who passed away recently, was probably best known as a member of The Monkees. He also explored the country-rock genre with his group The First National Band, helped pioneer the music video format with the hour-long comedy skits and music project, Elephant Parts, and was the author of several books, including his sort-of autobiography, Infinite Tuesday.

Nesmith was a prolific and talented songwriter who compiled an impressive body of work, both as a member of The Monkees and as a solo artist, including memorable songs like “Papa Gene’s Blues,” and “Joanne.” Earlier this year, Nesmith’s Monkees bandmate, Micky  Dolenz, paid tribute to his friends’ career as an artist with Dolenz Sings Nesmith, which was released in March by 7a Records.

Dolenz Sings Nesmith features music spanning Nesmith’s entire career, from his time with The Monkees, to his later group, The First National Band, as well as his tenure as a solo artist. The record has a largely low-fi vibe (imbued with more than a touch of country throughout) which is very much in sync with the overall style of Nesmith’s music. Songs like the lovely “Don’t Wait For Me” from the late period Monkees album Instant Replay, and the wistful “Tomorrow and Me,” originally featured on Nesmith’s 1972 solo record And The Hits Just Keep On Comin’, benefit from the inspired arrangements of producer Christian Nesmith (Mike’s son), and the wonderful, emotionally resonant vocals by Dolenz, who’s in fine form throughout the disc.

Several of the songs on the record are cleverly re-invented from their original versions. “Little Red Rider,” a tune from Nesmith’s First National Band era, gets pulled out of its country roots and cooked up into a straight-ahead rocker. “Different Drum,” which Linda Ronstadt turned into a huge pop hit with her band The Stone Poneys, gets a buoyant, harmonica laced makeover, and “Carlisle Wheeling,” an unreleased Monkees era number that originally had a deep country feel, gets an inventive, soundscape-laden arrangement here. Best of all, “Circle Sky,” a solid rock and roll song from the soundtrack album to The Monkees’ film Head, is re-energized with a fantastic Ravi Shankar meets George Harrison, Eastern-sounding vibe. It’s one of the best tracks on the record.

The song list on Dolenz Sings Nesmith also features some fan-favorite Nesmith tunes such as “Propinquity (I’ve Just Begun To Care)” a Monkees era number which was later covered by The Nitty Gritty Dirt Band, and “Tapioca Tundra” from The Birds, The Bees and The Monkees. There are also lesser-known gems like “Marie’s Theme,” a track from 1974’s The Prison and the lovely “Nine Time Blue,” which Nesmith performed live with Dolenz and Davy Jones on The Johnny Cash Show in the late 1960s. There’s also the beautiful “Keep On” and “Only Bound,” both of which have something of a melancholy feel, thanks to Dolenz’s moving performances.

It’s clear from the excellent results which they achieved with this album that Micky Dolenz, Christian Nesmith, and everyone involved approached this project with a great deal of heart, dedication, and positive energy. Dolenz Sings Nesmith is a moving, lovingly produced record that truly celebrates the breadth of Mike Nesmith’s unique talents as a songwriter and performer.