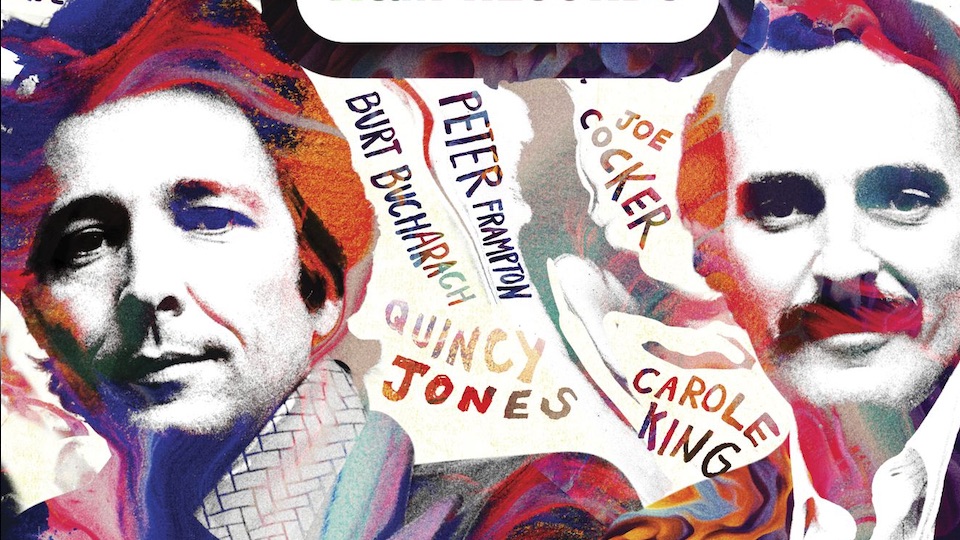 A&M Records was one of the most successful record labels of the 1960s, 1970s, and 1980s. Founded by musician Herb Alpert and recording industry veteran Jerry Moss, the label was home to artists like Cat Stevens, Joe Cocker, The Carpenters, Quincy Jones, and Peter Frampton, among many others.

A comprehensive two-part documentary, Mr. A & Mr. M: The Story of A&M Records is airing this month on the EPIX cable network. A&M began when Alpert and Moss were looking for a way to release “The Lonely Bull,” a single Alpert was working on with his band, the Tijuana Brass. Alpert and Moss decided to release the single themselves, rather than go through other channels.

Originally, the label was going to be called Carnival Records, but Alpert and Moss realized there was an existing company with that name, so using their initials, they re-christened the label A&M Records. After “The Lonely Bull,” and subsequent recordings by Alpert & the Tijuana Brass sold well, the label signed Sergio Mendes and Brasil ’66, who had a sizable hit with the song “Mas Que Nada.”

The group eventually toured with Alpert & the Tijuana Brass. A&M also released a best-selling album by Burt Bacharach, who was having a great deal of success composing songs for other artists at that time.

The company’s offices were located on the site of the Charlie Chaplin Studios in Hollywood. One of the things that made A&M unique is that Alpert and Moss created a comfortable, family-style atmosphere. The artists and former staffers featured in the documentary speak very highly of Alpert and Moss and cite the fact that it was always a fantastic place to work. The artists, staff, and the music being created came first, and commerce and sales came second. Cat Stevens, who is interviewed at length in the documentary, talks about how Alpert and Moss were very understanding of the spiritual changes he began to go through at the high point of his career, when he decided to back away from the limelight, and leave the music business.

While A&M was experiencing great success, they didn’t have a lot of rock acts on the label. After Moss attended the historic Monterey Pop Festival, he realized the music world was changing, and A&M needed to change with the times. The label added acts like Joe Cocker, Procul Harum, and Free to their roster. As the 1960s ended and gave way to the 1970s, the label entered into a distribution deal with famed producer Lou Adler, whose Ode Records lineup featured Carole King. Her album 1971 Tapestry became a huge hit, and established King as a performer in her own right, after a memorable career as a songwriter. Major artists who were signed to the label in subsequent years included Squeeze, The Go-Gos, Suzanne Vega, The Police, and Janet Jackson.

A&M eventually became the world’s most successful independent record company and was purchased by Polygram in 1989. Alpert and Moss continued to run the company until 1993. This insightful documentary also features comments from Sheryl Crow, Peter Frampton, and Quincy Jones. Mr. A & Mr. M: The Story of A&M Records is a fascinating portrait of these two unlikely heroes, whose drive, determination, and distinctive vision gave birth to a legendary record label that is still fondly regarded by musicians and fans.