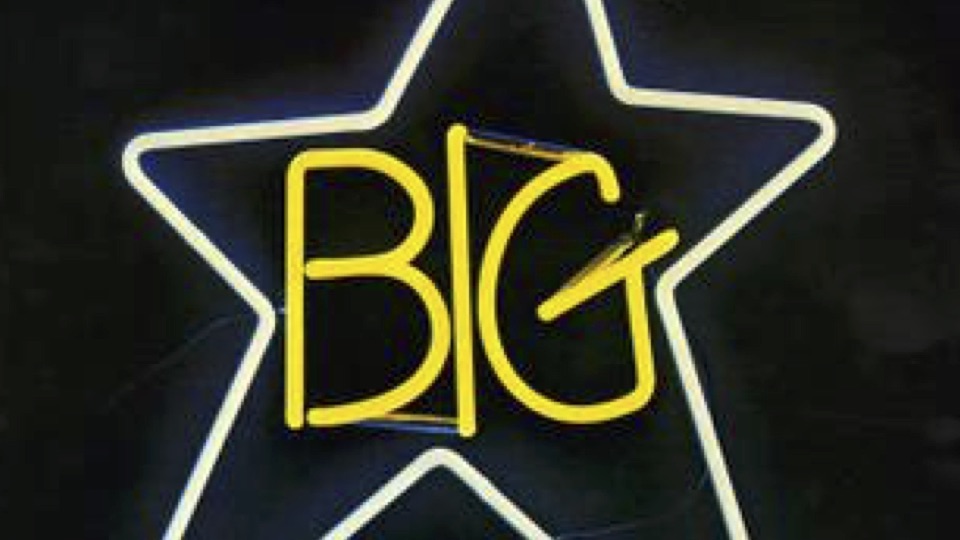 The history of rock and roll is filled with groups that should have been successful but didn’t become well known to the average music fan during their original existence. These bands usually have a group of devoted acolytes that preach their gospel to anyone who’ll listen. They spread the word about their favorite group’s music, and help keep their memory alive. Big Star, whose famous fans include R.E.M., Cheap Trick, and Wilco, is certainly one of those bands. You’ve likely heard covers of their songs by The Bangles, Counting Crows, and Gin Blossoms, among many others. The group originally formed in Tennessee in 1971. Singer/guitarist Alex Chilton was the former lead vocalist for The Box Tops, who had scored Top 40 hits with “The Letter” and “Cry Like A Baby.” He and fellow musician Chris Bell had both recorded at Ardent Studios, and they knew each other from the local Memphis music scene. Bell had been part of a band called Icewater, which also featured bassist Andy Hummel and drummer Jody Stephens. Chilton showed the group some songs he’d been working on, and the musicians decided to work together. Big Star was born.

The group’s music was anchored by heartfelt, emotional lyrics and beautiful harmonies in the style of The Beatles and The Byrds, combined with the harder-edged sound of bands like The Rolling Stones and The Who. In essence, Big Star was at the vanguard of what would come to be known as power pop. Their debut, #1 Record, released in 1972, was chock full of great songs, alternating gentle acoustic numbers like “Thirteen,” with guitar-driven rockers such as “Feel.” Everyone who heard Big Star’s music was certain that the band would be the next big thing. Critical reaction to the album was ecstatic, with Rolling Stone and other rock magazines praising the group. Chilton and Bell’s songwriting talents were being favorably compared to those of Lennon and McCartney. Big Star was poised to become a phenomenal success story.

Then the problems began; Stax Records, the band’s label, was having issues at the time and didn’t properly promote the album. You could read about #1 Record in the rock press, but you really couldn’t hear the songs on the radio, or find the album in most record stores. The lack of support from the label helped exacerbate ongoing tensions within the group. Chris Bell left the band, rejoined, and then quit again. Chilton, Hummel, and Stephens completed the group’s second album, Radio City. It was another fantastic record, which is now considered a touchstone of the power pop genre. Radio City features memorable songs such as “I’m In Love With A Girl” and the effervescent “September Gurls.” Unfortunately, the band’s sophomore record was plagued with the same distribution issues as their debut. Hummel departed the group to finish college. Chilton and Stephens recorded one more album, 1974’s Third/Sister Lovers. That eclectic and darker-themed record remained unreleased until 1978 but later came to be regarded as yet another classic. Rolling Stone included all three of Big Star’s original albums on their list of “The 500 Greatest Albums of All Time.”

The band’s reputation has increased over the years thanks to reissues of their music on vinyl, CD, and digital formats. They’ve also had enthusiastic support from the groups they’ve influenced, such as R.E.M., Evan Dando, and The Replacements, who recorded a song called “Alex Chilton” for their 1987 album Pleased to Meet Me. Alex Chilton and Jody Stephens reformed the band in 1993, along with Jon Auer and Ken Stringfellow of The Posies, who were also Big Star fans. This version of the group toured and recorded throughout the first half of the 2000s. Sadly, Alex Chilton, Andy Hummel, and Chris Bell have all passed away now, but their incredible music continues to intrigue and inspire listeners. For a fascinating, in-depth look at the band’s history, check out the 2012 documentary Big Star: Nothing Can Hurt Me. The insightful film tells the band’s story through vintage clips and in-depth interviews with their friends, family members, and artists like Matthew Sweet, Cheap Trick, and Mike Mills of R.E.M. It’s a fitting tribute to the group’s remarkable story.

2 comments on “Big Star: An Appreciation”