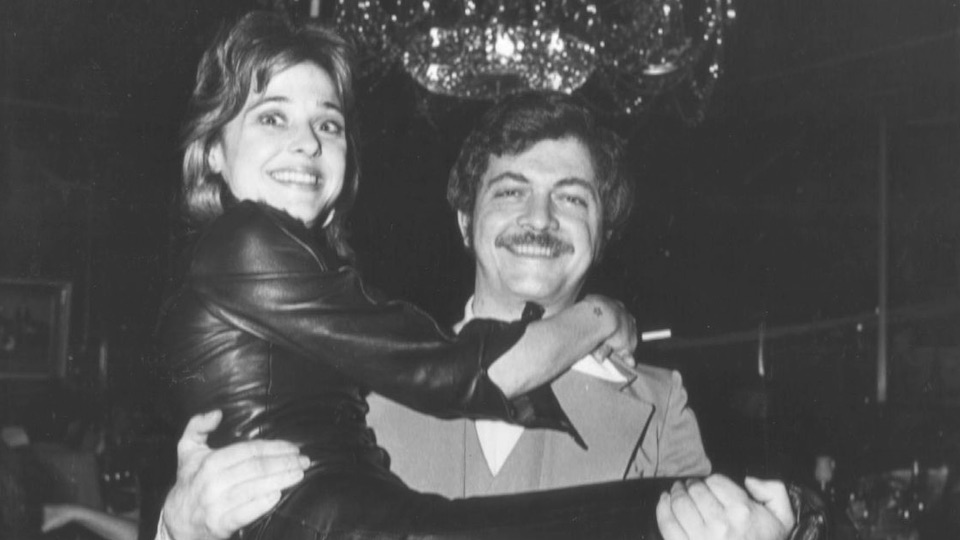 In the early Sixties, young Bill Harry of Liverpool, England, introduced the world to a unique, new creation: a “rock’n’roll and entertainment” newspaper/magazine known as Mersey Beat. Celebrating its 60th anniversary, Harry’s unique publication encompassed articles on rising stars such as Cilla Black, Gerry and the Pacemakers, Billy J, Kramer and so many others. Mersey Beat was the gateway to the world’s most diverse and unique music scene: Merseyside. Harry was also instrumental in introducing Brian Epstein to the band that would become inexorably linked with his name, The Beatles! Recently, John Lennon biographer Jude Southerland Kessler of The John Lennon Series sat down with Harry, to talk about the birth of his landmark publication and his close friendship with John Lennon.

This is Part 2 of our discussion with Bill Harry.

Jude Southerland Kessler: Sixty years ago, your first copies of Mersey Beat were being eagerly read by thrilled Liverpool “punters” (music club goers) who were treated to a very creative and singular piece of literature by John Lennon. Tell us about that, please Bill.

Bill Harry: In the days when John Lennon and I would sit together in Ye Cracke, the art college pub, I mentioned I’d heard John wrote poetry. He seemed too embarrassed at first to admit it, but I persevered. He showed me a poem which was funny, even sexy, with double entendre and completely British humor — in contrast to the Beat Generation poetry, which was the major national craze at the time.

Then, I heard about John’s Daily Howl — a collection of original caricatures and sketches — which really interested me, being someone who had spent so much time creating my own amateur magazines. As I was planning the first edition of Mersey Beat, I began to encourage John in his writing, as he seemed rather uncomfortable if people criticized his work. I decided to commission him to write something for me about the origin of his group, The Beatles.

A few days later, we were sitting in the Jacaranda (a popular Liverpool coffee house) together, and I asked him whether he’d written the piece. Once again, John seemed reluctant to show his work, but took two pieces of paper torn from an exercise book and showed me the bit, which was untitled. I loved it; it was just up my street, although I doubt if any other publication in the world would have published it. I was so delighted that I bought him another coffee – and this time, with toast and jam. (The jam was 1p extra!)

I understood everything in it and published it without changing a word, even though many people wouldn’t understand some of the allusions John made. I could imagine readers saying, “Who is the man with his beard cut off?” (Not realizing that John was referring to Allan Williams, the owner of the Jacaranda and a local music promoter, who had just shaved off his thick black beard.) John had even written Paul’s surname as “McArtrey,” which I copied in another issue. As John’s piece had no title, I called it “Being A Short Diversion on the Dubious Origin of Beatles. Translated From the John Lennon.” In the piece, John wrote about a man in a “Flaming Pie,” which was to inspire Paul’s album title decades later.

When “Dubious Origins” was published, John was so thrilled. It gave him a boost of confidence. He came into the Mersey Beat office with a huge bundle of stories, drawings, and poems, saying they were mine to do with what I wanted. He was obviously keen on me publishing more of his work, so I began publishing his items under the pseudonym, “Beatcomber.” (This was an homage to the humorous column by ‘Beachcomber’ in London’s Daily Express newspaper.)

Kessler: Over the next few years, Mersey Beat continued to expand, and since the music industry was centered in “the Smoke,” you moved your offices to London. What happened to Mersey Beat once you were relocated to the city?

Harry: Once Brian Epstein moved NEMS (North End Music Stores) headquarters and The Beatles to London, he approached me to start a national music paper, so I merged Mersey Beat into a redesigned publication I called Music Echo. Brian promised me full editorial control, but he interfered too much, and I could see it would be a disaster.

He also hired a “managing editor” and his wife from London whom he also vowed “wouldn’t interfere,” but I could see it wouldn’t work. They were a disaster. So, I walked out. Clive Epstein, Brian’s brother, phoned me to say that Brian wanted me to work for him in London, but I said “no” and moved to Manchester, to handle publicity for a series of acts including the Four Pennies and the Peddlers.

As I had predicted, after I left, Music Echo became a financial disaster for Epstein, and he had to merge it with London paper, Disc. The Four Pennies asked me to manage them, and my wife Virginia and I moved to London. But my days as a music newspaper editor were over.

Kessler: Bill, Mersey Beat is best remembered as the newspaper that predicted, announced, and spurred on “The British Invasion.” But many believe that Mersey Beat also influenced fashion, tourism, and entertainment in general. Do you feel that’s a valid evaluation?

Harry: Every other music paper was based in London. They only wrote about acts in the charts and used the standard publicity shots of artists. I concentrated on front covers and features of groups and artists whom I believed had talent. That was the only criteria for me. I also had my own staff of talented photographers (Dick Mathews; Les Chadwick, my school friend who worked for Peter Kaye; and Graham Spencer) to take shots of groups on stage, or outside of locations, rather than using staid studio shots on which London photographers concentrated.

I encouraged groups to write me letters when they traveled. (Paul McCartney, for instance, would write me interesting letters, including tidbits about the trip he and John took to Paris in October of 1961.) I researched, reported, and promoted the various local venues and promoters. I featured a “Face of Beauty” with Bernie Boyle (former girlfriend of George Harrison and Paul McCartney) and included photos of fans dancing at the clubs.

I wanted the scene to come alive in the pages of Mersey Beat. Therefore, Mersey Beat’s reputation grew around the country, and over two dozen publications rose within two years – Midland Beat, Scottish Beat, and others in major cities, all inspired by Mersey Beat. Some editors even came to Liverpool to ask for help planning their publications. Mersey Beat must have been the most imitated newspaper in the world. It certainly helped to initially break the power of London. In fact, one of my cover headlines boasted: “London, Take a Look Up North!”. I covered groups from Manchester, Newcastle, Birmingham, Sheffield, and so forth. Mersey Beat changed the music scene in the U.K. entirely and encouraged the A&R men to seek talent outside “the Smoke” (London) for the first time.

Kessler: Of course, after Mersey Beat dissolved, you became one of The Beatles World’s most respected and prolific authors, penning 28 books on the Fab Four, including The Ultimate Beatles Encyclopedia and The John Lennon Encyclopedia. Can you tell us a bit about your exciting career after Mersey Beat?

Harry: After Mersey Beat, I managed a group called the Four Pennies. Then Virginia and I moved to London, and I began writing for several major publications: Record Mirror (as news editor, columnist, and feature writer); Music Now (as feature writer); Music Week (as columnist under the name Nick Blaine); Weekend magazine; and a German magazine called OK. I also penned weekly columns for two teen magazines, Valentine and Marilyn, around the same time.

I then went into PR, and for the next 14 years, I was personal press agent at various times for Pink Floyd, Ten Years After, the Hollies, the Kinks, Jethro Tull, Procol Harum, Chicken Shack (with singer Christine Perfect), Free, the Beach Boys (on two of their UK trips), David Bowie, Led Zeppelin, Supertramp, the Pretty Things, Alexis Korner, Nazareth, Mott the Hoople, Suzi Quatro, Cockney Rebel, Cozy Powell, Hot Chocolate, Kim Wilde and others. I also managed PR for the London “in” clubs, such as the Revolution, Speakeasy, and Blaises. And I did press campaigns for all the major record labels. About that time, I decided to launch magazines again and created Tracks and Idols.

In the 90s, I spent the decade writing features that were syndicated to 50 countries around the world. Then, I began to write books and thus far, have had 28 published. As an author, the 90s were exciting times! I enjoyed many wonderful experiences with leading figures in the global music world such as France’s Johnny Hallyday and Bobby Darin (who said that my feature on him was the best ever written about him…and invited Virginia and me to stay with him at his London residence).

A couple of years ago, I was asked if there were any subjects about The Beatles that haven’t been covered? I came up with two and have nearly completed both, one on The Beatles and the other on John. I am shopping for publishers at this juncture.

Kessler: Well, Bill, Beatles researchers, authors, and fans owe you a great debt for chronicling in such interesting detail those never-to-be-repeated moments in Liverpool during the early Sixties. Today, we have photos, club dates, critical reviews, factual information, and rare documentation of that magical era, thanks to you. We hope for good news about your new books and eagerly await them! Thank you for all you’ve done and are doing to keep the light of The Beatles — and the other remarkable Mersey bands — shining on. And Happy 60th Anniversary to Mersey Beat!

For more information on Bill Harry, go to: