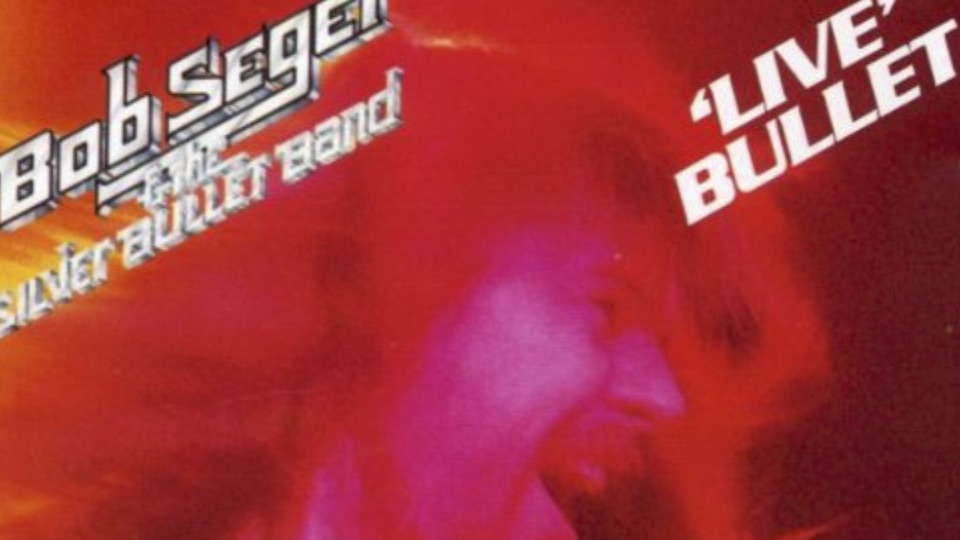 Because of his reluctance to deal with streaming companies, reissues from Bob Seger take on extra importance compared to other artists. Considering that ‘Live’ Bullet, his hallowed double album from 1975, looms so large in his legend and had been out of print, the newly remastered rerelease breaks out from the pack of classic albums getting another chance at the spotlight. Quite simply, this is one of the landmark live records in the annals of rock, one that demonstrates the potential of the genre.

Too many live albums of that era were afterthoughts and money grabs. But ‘Live’ Bullet helped to define one of the quintessential American rockers at a time when he was largely unknown to the national audience. At the time of the 1976 release of the live record, Seger had already been kicking around the industry for around a decade with different collectives, gaining great regional acclaim but not so much national recognition.

The timing couldn’t have been better for this particular live album to arrive. Seger had spent most of that pre-fame decade playing heavier rock with R&B undertones for short-lived groupings like the Bob Seger System and The Last Heard. Just two months before the release of ‘Live’ Bullet, he had uncorked a record called Beautiful Loser which found him drifting closer to the singer-songwriter styles that helped him go national. Indeed, some of the most memorable moments on the live album come with tender renderings of “Beautiful Loser” and “Travelin’ Man,” which were only months old but immediately came across as audience favorites.

None of Beautiful Loser’s songs hit the Top 40, but they laid the groundwork for the mega-success that was in the offing. A year later, Night Moves, with its Top Five title track, would send Seger into the stratosphere. Thus, ‘Live’ Bullet captures him at a true turning point, mixing the thundering material from the early part of his career with the introspection that would soon make him a household name. On these performances, he nails it all with a mix of sweaty energy and everyman charisma.

It’s also notable as perhaps the most thrilling example of the on-stage chemistry that Seger discovered with the Silver Bullet Band. Seger often utilized hired hands for his studio albums; consider the fact that Beautiful Loser was largely made with the Muscle Shoals rhythm section. But the Silver Bullet Band, which he had assembled about three years prior to ‘Live’ Bullet, possessed a knack for transforming the material, once they got their hands on it in concert, into something more robust and three-dimensional than what was on the original recordings.

Case in point: “Turn The Page.” The original studio version is fine as a song but a bit tentative as a recording. The ‘Live’ Bullet version of the song is the take that has become iconic. Seger’s vocal is a big part of it; you can tell he lived this song time and again. But the performance is also boosted by the sultry groove located by the rhythm section and by Alto Reed’s noirish saxophone. “Turn The Page” stands as one of the best songs about “the road” in the annals of rock, and it’s this version that makes it so.

As mentioned above, Bob Seger’s catalog is a tricky one to pin down, especially in the early years. Many records before 1975 are out of print, and streaming them is an impossibility as well. That’s another reason why ‘Live Bullet’ is so essential. You can hear the best of what Seger had cooking before “Against The Wind,” “Still The Same” and all the other classics from the late 70s and early 80s when he was one of the surest and most insightful rock hitmakers around. The boogie-rock never really went away, as there was always a song or two on the later records that harkened back to it. ‘Live’ Bullet depicts a time when it was still Seger’s bread and butter, and it makes a compelling case that he was just as adept at it as he was with the reflective songs that would live in the charts for the next decade or so.

On top of all that, ‘Live Bullet’ being back in print ensures that we can once again survey the best live document of Seger and the expert musicians at his side, something that has become even more important now that they’ve closed out their concert career. Bob Seger found a way to turn the page forward and elevate his career with ‘Live’ Bullet. With this reissue, rock fans everywhere can now turn those pages right back to capture one of rock’s signature artists, and his band, at their collective peak.