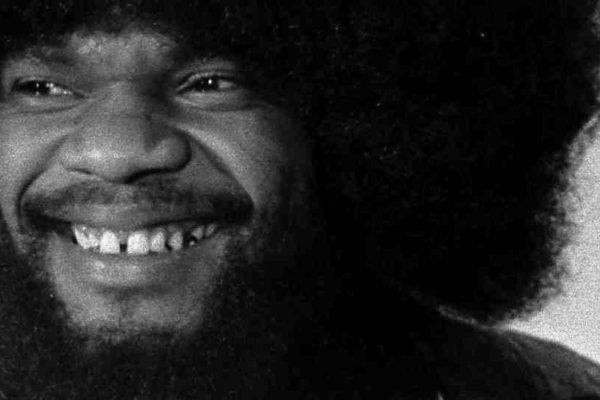 Editor’s Note: With this week marking the anniversary of The Rooftop Concert, this seemed a good time to revisit a popular post from a few years back…

If you find yourself huddled with a group of Beatle fans, the topic of “The 5th Beatle” will inevitably arise like the periscope of the Yellow Submarine. In recent years, the seal of 5th Beatle approval has been a touchpoint worthy of discussion. Some fans of our Fab Four have distinct and definitive points on who can carry this mantle – The Beatles themselves have even entered into this discussion over the years in various interviews and documentaries.

This series is not intended to establish a definitive 5th Beatle or to bestow the title on any one individual. The discussion itself on the merits of “5th Beatle-ness” is an enjoyable and engaging pursuit. The Beatles were a very tight band – they lived in an exclusive bubble where very few others were allowed. This wasn’t the result of a negative clique that The Beatles designed; they just possessed a unique musical brotherhood that didn’t permit many outsiders’ contributions. Simply put, The Beatles were a “band of brothers,” and so 5th Beatle claims are not to be taken lightly.

There are passionate cases made for the 5th Beatle title ranging from producer George Martin to guitar icon Eric Clapton to manager Brian Epstein. I even penned a recent column extolling the qualifications of one Klaus Voormann. All of these individuals added incredible things to the beautiful legacy of The Beatles at various times in the band’s history.

Imagine this: You’re an innocent bystander walking around London circa 1969 and receiving a dispatch from Apple Corps, Ltd. Headquarters. You are a talented keyboardist who is moving from child prodigy to notable session musician. You have the chops to play and it has resonated in the ears of music legends such as Little Richard, Ray Charles, and George Harrison.

In fact, Harrison is the one responsible for your invitation to play with his “little band” because he saw you as the opening act for “The Genius” Ray Charles at a London gig in January 1969. We don’t know the specific thoughts that ran through 22-year-old Billy Preston’s mind upon receiving a call to stop by Apple Recording Studios. The Beatles were “getting back” to their live roots as a band. Adding a keyboardist they knew and respected was a perfect move for their self-imposed, no-studio-overdubs rule during the sessions that would morph into the Let It Be album.

Today, we do know how Billy Preston handled that R.S.V.P. to the invitation to jam with this little band from Liverpool. If we were to look up serendipity in the dictionary, then we might see a picture of The Beatles on a London rooftop in full concert mode with Billy Preston. This January 30 event would prove to be the band’s final live performance. This said serendipity dictionary reference may also include a picture of the “Get Back”/”Don’t Let Me Down” 45-single credited to “The Beatles With Billy Preston.” This is the only time that The Beatles allowed a co-billing with another musician.

Billy Preston’s impact on The Beatles resonated beyond the famous “Get Back” sessions. He was invited back to contribute keyboards on a bit of the Abbey Road album which would prove to be The Beatles’ swan song. He was later signed to Apple Records and enjoyed a solid career of hits from “Nothing from Nothing” to “Will It Go Round in Circles.” In the aftermath of their breakup, various solo Beatles drafted Billy Preston for contributions on their own works. Billy’s piano graces the penultimate track on the John Lennon/Plastic Ono Band album. Look for Billy on George’s The Concert for Bangladesh. Preston was also enlisted by Ringo Starr in the 1990s as an original member of the All-Starr Band.

Billy Preston remained a lifelong friend of The Beatles. His 5th Beatle status is poignantly felt on The Concert for George where he joins Paul McCartney, Ringo Starr, Eric Clapton, Dhani Harrison, Klaus Voormann and so many others in the sublime 2002 tribute concert. Preston’s turn on vocals for solo George classics such as “My Sweet Lord” and “Isn’t It a Pity” would prove to be one of his final public performances before his death in 2005.

Seeing Billy Preston rally dozens of world-class, iconic musicians and the audience during his “My Sweet Lord” performance in The Concert for George was akin to a gospel revival. Billy’s infectious and uplifting smile during this performance in his 5th Beatle splendor reveals why The Beatles regarded this musician as a sincere friend.

2 comments on “Billy Preston: The “Other” Fifth Beatle”