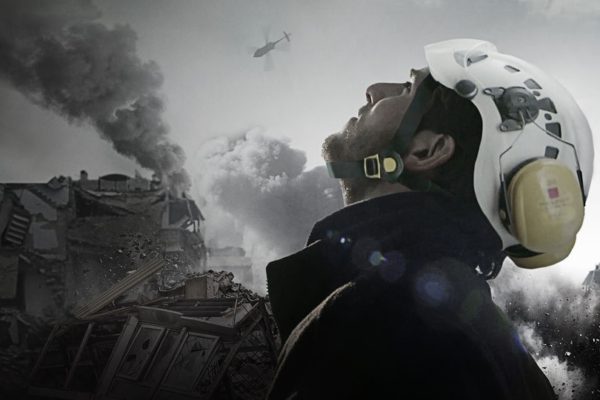 Biopic documentaries can shed insights on celebrities we only thought we knew, or introduce us to people we’d probably never encounter in any other way. They can resurface important historical figures for a new generation or ensure the selfless efforts of somewhat anonymous contemporary figures so they’re not completely forgotten. Whoever the subject matter is, the unifying factor is this: Watching these personal stories play out before us causes us to reflect on our own lives. In brief, we’ve screened quite a few documentaries and found some stories that are sure to make you gasp in surprise, make you re-think your perspective, maybe even horrify you. Ready to take stock of your life?

Amelia: A Tale of Two Sisters (Netflix)
This documentary focuses less on Amelia Earhart’s flight and how she went missing (and is presumed to have died, unless that recent photo turns everything on its head), and instead takes a closer look at her family life including her marriage to George P. Putnam, a publishing magnate. (Their relationship started off in a professional manner with him acting as benefactor/publicist while she fought her way into what was considered a male profession.) The film spends a great deal of time exploring how her beginnings led to her aviation career that led to her disappearance and probable death. Amelia was such a pioneer for her day that seeing her life contrasted with her sister, Muriel Earhart Morrissey, who took a more traditional path (replete with the husband and kids) makes the impact of her loss feel much bigger.

Becoming Warren Buffett (HBO)
Warren Buffett has been a fixture in the business world. Indeed, the “Oracle of Omaha” is now one of the most successful investors around and ranks as the second wealthiest person in America. (His fortune falls somewhere in the neighborhood of $74 billion.) This documentary takes a closer look at how he amassed all that wealth within his business conglomerate Berkshire Hathaway. What’s most surprising is the look we get into Buffett’s personal life through his late wife Susan as shown in archival footage. It’s Susan that helps Buffett to discover a deeper purpose outside of just amassing great wealth and her anecdotes about their love life humanize Buffett in a way that bumps the documentary into must-see territory.

I Am Not Your Negro (Amazon Prime)
James Baldwin was a fantastic writer and orator, perhaps a generation ahead of his time. He was gay and black coming into full bloom at the height of the Civil Rights era, which makes hearing his soundbites and words over racist and xenophobic images today feel like a punch to the gut. This documentary takes a brutal look at race relations in the USA contrasting Baldwin with some of his contemporaries — Martin Luther King, Jr. and Malcolm X and Medgar Evers. Truth be told, this is a topic we’ve shied away from discussing as a culture for too long. But with the uptick in white supremacy following the election of Trump and police killings of black people with little subsequent justice, this one feels all too timely. If you haven’t seen this film already then watch it yesterday. You’re overdue.

Mommy Dead and Dearest (HBO)
This may be the most salacious thing we’ve seen since Making of a Murderer on Netflix for this is not the open-and-shut case it first appears to be: daughter and boyfriend plot to murder mother then get caught on the lam via text messages and Facebook posts. As we delve deeper into the tragic story of accused killer Gypsy Blanchard, we realize that she’s a victim of Munchausen by proxy who’s suffered years of unnecessary medical surgeries and medications all at the hands of her mother. When the lies begin to unravel on screen, you see that Gypsy’s mother, Dee Dee Blanchard, wasn’t nearly as innocent as it seemed. To the contrary, she was a fraud described by her family as “filthy” and “evil” via on-camera interviews. In the end, Mommy Dead and Dearest serves as a cautionary tale of what can happen when abuse goes unchecked. Who’s the victim here after all?

The White Helmets (Netflix)
Get ready to be inspired — and to have your heart broken — by this Oscar-winner that takes a closer look at the daily struggles of the brave crew of “white helmets” who rescue their fellow Syrians from buildings bombed by airstrikes. Each man on the crew undergoes rigorous training in Turkey where they learn what it takes to try to survive these often treacherous situations. This film is intense! The camera rarely flinches from capturing the moments of heartache and destruction. It’s overwhelming and at times claustrophobic, but there’s an important story of humanity, of families and of the brotherhood of heroes here. This is one true-life tale too often overlooked by the network news in the United States.

Photo Credit: Image of The White Helmets courtesy of Netflix.