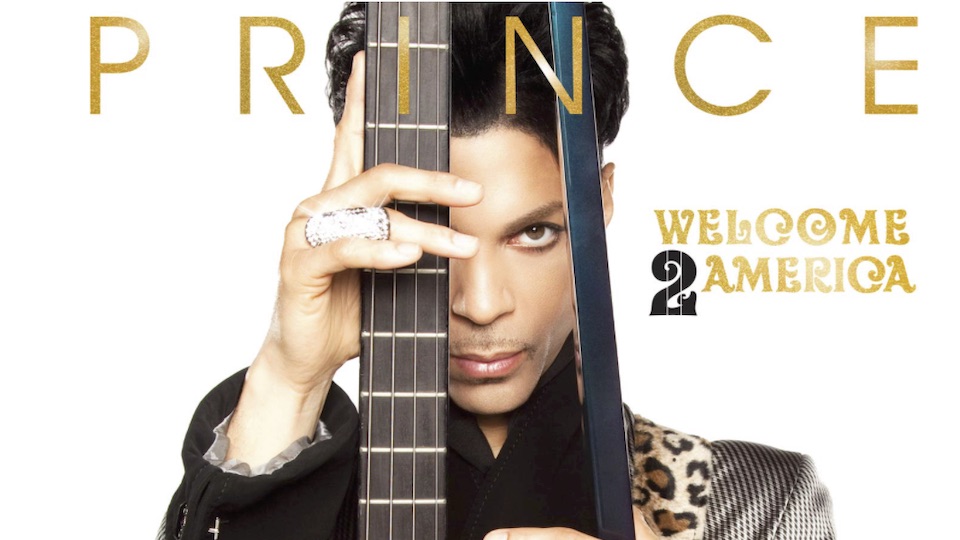 Recorded over ten years ago but never released, Welcome 2 America will finally drop on July 30 and is already available for preorder on Amazon, Target, and other online sites.  It’s the first studio album of new Prince material since his unexpected passing in 2016.  By the time of his death, it was reported he had a significant amount of unreleased material, carefully stashed in his “vault” at Paisley Park. Similar stories were suggested of Michael Jackson, but that turned out to be somewhat inaccurate; all that was found were mostly incomplete tracks or very rough demo tapes. With Prince, it appears he wrote, recorded, and produced complete songs and then socked them away – which is good news for his fans.

The estate first had to handle a number of internal disagreements on who actually owned and controlled the music – especially since Prince – (pause) – didn’t have a will.  After spending $45 million working with estate administrators, it seems like most of that has been straightened out.  Smartly, in the six years since his passing, Prince’s estate is practicing self-control by not inundating fans with frequent releases.

The title track, “Welcome 2 America,” was released in April 2021 and is streamable on multiple services.  You should give it a listen. It’s a poignant reminder of the talent we lost.

The track is spoken word over a super-hooky bass line, backing vocals and synth – the bass skillfully handled by session bassist Tal Wilkenfeld  (who’s worked with Jeff Beck, Eric Clapton, Herbie Hancock, and others).  With observations like “everything and nothing Google says is hip” followed by a background voice reminding you “the sales tax for the following items will be raised immediately, cigarettes” – and later “hope and change, everything takes forever and truth is a new minority (truth)” – this spoken word release is an unfiltered take on a variety of American themes. Prince’s estate shared the following comment which he made when the tracks were originally recorded: “The world is fraught with misin4mation. George Orwell’s vision of the future is here. We need 2 remain steadfast in faith in the trying times ahead.”  Word.  The forthcoming LP will be available on CD, vinyl, and Blu-ray.  Audio tracks include 11 original songs and a cover of Soul Asylum’s “Stand Up and B Strong.”

The album was originally planned to be released after his album 20Ten (2010, of course) and to coincide with the Welcome to America Tour that followed, but for unknown reasons, it was put on ice.  Although we don’t know the exact recording dates of the tracks, they’re likely all from 2010-2011 and co-produced by Prince and Morris Hayes (George Clinton, the NPG). By the same token, we don’t know all of the musicians who contributed to the tracks, except for drummer Chris Coleman (Beck, Christina Aguilera, Chaka Khan) and the aforementioned bassist Tal Wilkenfeld.  Backing vocals were provided by Shelby J. (The Black Gypsies, Santana), Elisa Dease (Savage Garden), and Liv Warfield (the NPG).

Welcome to America audio tracks on CD and Blu-ray include:

The Blu-ray edition includes live concert footage from his performance at The Forum on April 28, 2011, which was part of his Twenty One Nite Stand concerts in California.  On the video release, Prince covers a number of his classic tunes, along with interesting renditions of works by other artists – including Janet Jackson, Eddy Arnold, The Time, and even Bob Dylan.  Video tracks from that concert include:

Related: “The Book That Prince Will Never Finish”

The premium release will bring joy –but also heartache — to Prince fans, a reminder of what could have been. And we’re all wondering what Prince’s vault holds for us next.