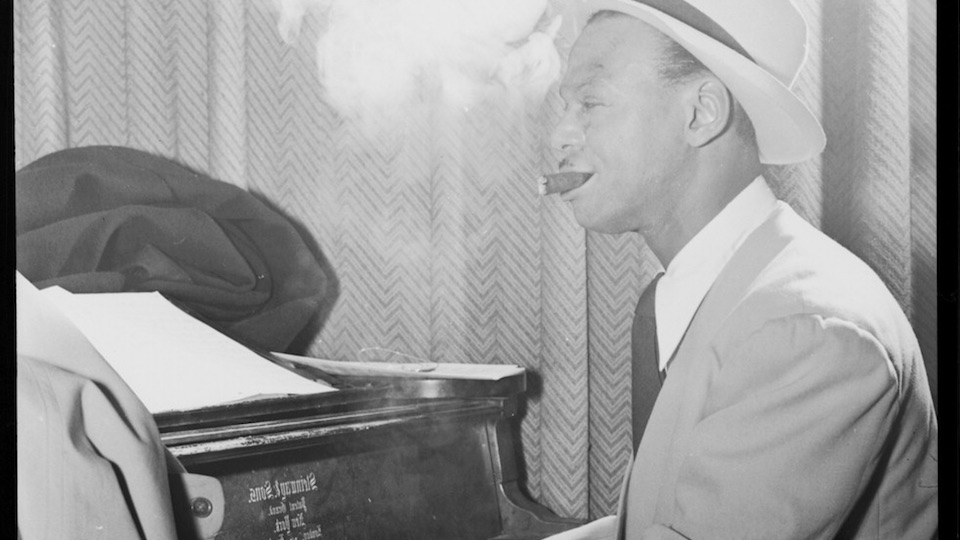 The term “Boogie-Woogie” refers to rapid, upbeat jazz originally intended for dancing.  And it’s darn near impossible not to do just that when you hear it. Boogie-woogie is keyboard music wherein the left-hand plays a figured bass beat while the right-hand keeps its own counsel with melodies, riffs, and an overlay of tricks to keep the ear entertained. Initially developed in the 1870s, boogie-woogie became a key part of music culture about a half-century later. It remains a crowd-pleasing genre that began in jazz and blues but found its way into gospel, country/western, and big band music. Perhaps most significantly, it can be considered the taproot of rock ‘n roll.

The gritty, honky-tonk vibe it calls up is a mood-lifter that takes extraordinary skill on the part of the musician. Here’s a cheatsheet of pieces that exemplify is uniquely joyful musical form.

Meade “Lux” Lewis (1905-1964) was a supremely gifted pianist and composer, and “Honky Tonk Train Blues” is widely considered to be a kind of musical “Ground Zero” for rock music in addition to its fine provenance as jazz and blues piano. Up-tempo, spirited, and loaded with technical virtuosity, it cleverly duplicates the rumble and hum of train tracks; the pace and speed are matched by its musicality.

A worthy near-doppelganger to “Honky Tonk Train Blues,” “Pinetop’s Boogie Woogie” is considered by many as pure proto-rock music. Clarence “Pinetop” Smith serves up tasty keyboards while keeping a complex beat and cordially barking orders to unseen dancers (“When I say stop, don’t move!”, “Hold yourself now!”). Little surprise that he and Meade “Lux” Lewis roomed in the same boardinghouse together for a time, so similar in vibe is their work. The influence of “Pinetop’s Boogie Woogie” is heavily detected in subsequent legends like Little Richard, Ray Charles, and Jerry Lee Lewis. It has been widely covered, most notably by Joe Perkins in 1953. He became so associated with this track that he went by “Pinetop” Perkins for much of his career.

No less a light than Count Basie referred to Chicago jazz bandleader and pianist Earl “Fatha” Hines (1903-1983) as “the greatest piano player in the world.” We would be hard-pressed to argue the point, given the extraordinary chops and nuance in this piece. Hines was a maestro of jazz and swing who could lead a band through the paces with great smoothness or play it down and dirty on the keyboards alone. A true masterpiece.

The Andrews’ Sisters’ “Boogie Woogie Bugle Boy of Company B” (1941)

The Andrews Sisters were Laverne (1911-1967), Maxene (1916-1995), and Patti (1918-2013), a trio of siblings who cornered the market on pitch-perfect “close harmony” singing, much as The Boswell Sisters did a decade earlier. Their fresh, crisp harmonies brought much-needed cheer to a country steeped in World War II. This delightful novelty tune of the “jump blues” genre is known to every successive generation and has been covered by Bette Midler, Marie Osmond, En Vogue, and Pentatonix. It burst onto the scene in Abbott Costello’s 1941 movie “Buck Privates” and tells the tale of a “famous trumpet man from out Chicago way” who gets drafted in the army for his skills but finds he can’t blow worth a damn unless he has a big band behind him. He gets what he needs and “reveille” is never the same again. It’s a track filled with humor, patriotism, and a brash spirit.

This was a one-time performance on Jools Holland’s BBC TV Show, which aired around Christmastime in 2005. It’s a stellar cover of The Beatles’ 1965 track about the break-up of Paul McCartney and his girlfriend of that time, Jane Asher. While this rendition honors The Fab Four’s riffs, Preston and Holland took it into the fourth dimension via their dueling boogie-woogie piano treatment. They infuse this plaintive classic with a real New Orleans whorehouse vibe – to memorable effect.

2 comments on “Boogie-Woogie: The Joyful Jazz We Need Now”