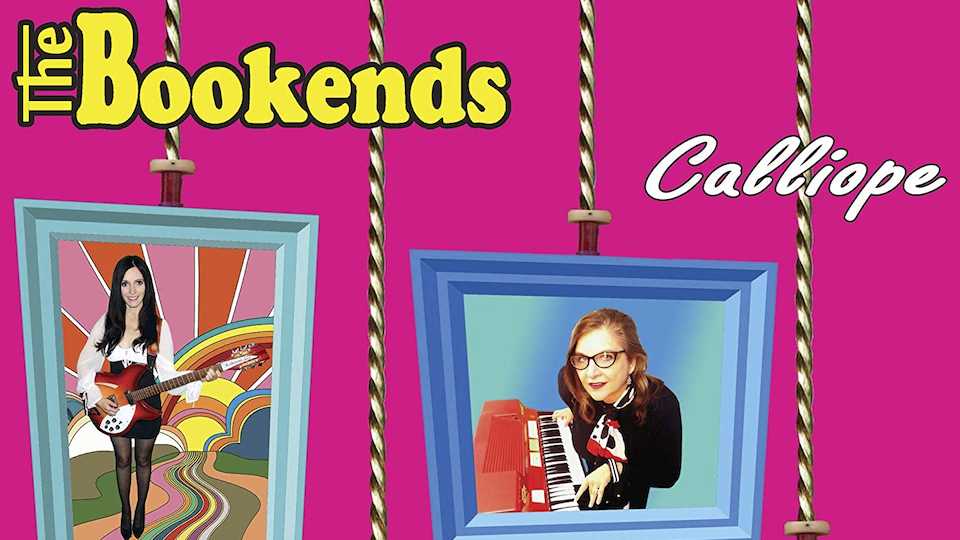 If you’re looking for some sparkling pop songs to lift your spirits, Calliope, the sophomore album from The Bookends, just might be the ray of rock and roll sunshine that you need. The record features a terrific set of effervescent tunes that are guaranteed to brighten your day and make you believe in the healing power of well-crafted pop music. The band’s musical style is a scintillating blend of genres, ranging from the girl group sound to sunshine pop and garage rock, along with a healthy dose of power pop.

The Bookends are cousins Karen Lynn (guitar, vocals) and Sharon Lee (bass, keyboards, vocals) whose lifelong love of music inspired them to form the group. The sterling musicianship and heavenly harmonies of this dynamic duo are featured throughout the album, and they’re aided in their endeavors by producer Frank Labor on guitar, as well as Buck Ellis, Ward Reeder, and Larry Alvarez on drums. Calliope kicks off with the title track, a psychedelic-infused number featuring echo-laden vocals and mind-bending effects. Up next is the energetic, horn-driven “Face The Facts,” which includes some dandy guitar work. The luminous “Stop Right There” is a marvelous old-school pop confection that echoes with the classic girl group sound.

Sharon and Karen co-wrote the fourteen songs on the album, and every track is a catchy, hook-filled delight that will have you constantly hitting the replay button. “She’s Got It All” wouldn’t sound out of place on the soundtrack to a cool 1960s spy flick and “It’s Your Turn” is pure power-pop perfection. “Have It All” and “Can’t Be Wrong” lovingly evoke the British Invasion sound while also standing out as brilliant examples of 21st-century pop/rock. The music of The Bookends is a groovy throwback to 1960s pop, but it’s also influenced by the music of groups like The Go-Gos and The Bangles.

The positive musical vibes of The Bookends will make you believe in love all over again with tracks such as the rainbow-colored “Got To Tell You,” and touch your heart with the low-key, wistful album closer “World.” You’d have to be a curmudgeon not to smile as you listen to these terrific songs. To put it simply: these ladies rock!