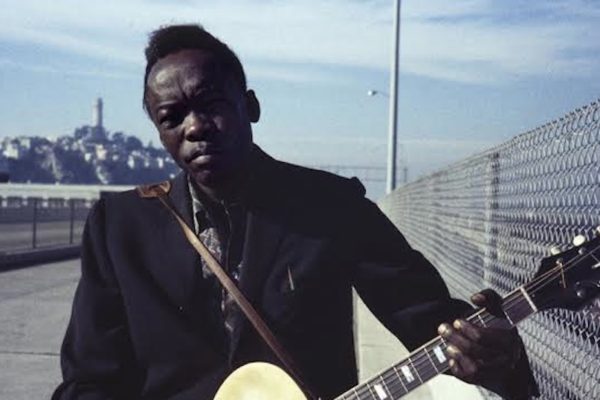 The easiest way to describe John Lee Hooker’s music is “elemental.” This architect of blues, who would have been 100 years old this year, really was a force of nature, and when he performed his music in the proper setting, he rivaled wind, sun, and rain for your attention. In conjunction with Hooker’s Centennial, Craft Recording has released King of the Boogie, a handsome 5-CD box-set housed in a 56-page hardbound book. This whole package captures Hooker’s genius and presence better than any previous collections and includes a raft of previously-unreleased tracks, rarities, and live cuts alongside his hits and signature tunes.

Discs 1 and 2 focus on his early sides from the late ‘40s to the early ‘60s with classics such as “Boogie Chillen’,” “Crawlin’ King Snake,” and “Burnin’ Hell.” On most of these recordings, you get the true, primeval sound of Hooker who, for the most part, is performing solo with guitar. The striking sense you get upon listening to these tracks is that this musician could make a room jump and dance even as a one-man band. Not that he lost power when he added people.

Beginning in the 1950s, Hooker’s recordings increasingly contained a full band. Assisted by these other artists, Hooker explored a totally original funky Samba on “She’s Mine” and even a slightly greasy pop version of “Frisco Blues” (better known as “I Left My Heart In San Francisco”). For this writer, one of the most interesting facets of Hooker’s music is his lesser-recognized talent as a folk songwriter. At the dawn of the ‘60s, alongside his R&B workout “Boom Boom,” John was also writing and singing topical folk songs, firmly rooted in blues tradition. Songs such as “Birmingham Blues” and “Motor City Is Burning” convey an urban reality that would only be matched by soul/folk practitioners such as Curtis Mayfield, Bob Dylan, and Phil Ochs. And for the record, none of those other heavies ever wrote a tribute to American hero John Glenn. Only Hooker did that.

There are several rarities in this package and one of the finest is “Don’t Look Back” — cut in 1963, during Hooker’s Vee-Jay Records period. A sweet slice of R&B balladry, the song gets an assist from Motown mainstays Benny Benjamin (drums), James Jamerson (bass), and none other than Martha Reeves and The Vandellas on backing vocals. The sweetness here is hard to beat, although Disc 4, dedicated to live performances from The Newport Folk Festival, The Café A-Go-Go, and Soledad Prison, sure gets close.

Rounding out this box set is Disc 5: “Friends” — which finds Hooker paired up with guests like Van Morrison, George Thoroughgood, Canned Heat, Eric Clapton, Joe Cocker, Carlos Santana, Robert Cray, Bonnie Raitt, Los Lobos, and B.B. King. I’ll leave it to the listener to pick out their own favorites. Getting there is half the fun.

PS. Some other architects of the music we love….and an instrument that redefined it all.