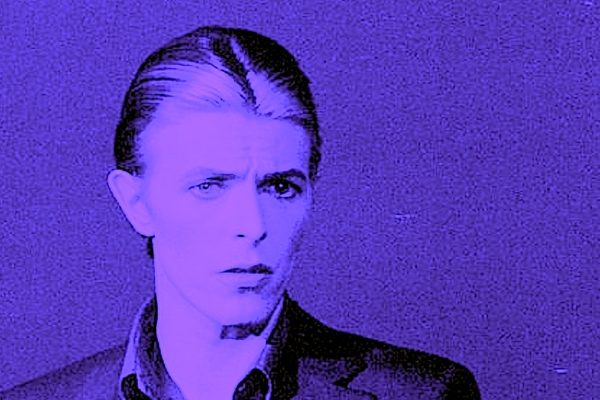 David Bowie redefined “death” in the way he used his own while creating his final album, Blackstar. It was released just two days before his passing from liver cancer on Jan. 10. Many note that the songs and accompanying videos are an elegant meditation on mortality, art and fame. In the weeks since he died, fans have been delving into the piece. The album went to Number 1 in 20 countries; the video for “Lazarus” alone has been viewed 32 million times.

[amazon template=left aligned image&asin=B017VORJK6]But Bowie left us one more piece of the puzzle. “Unbound” is an Instagram “miniseries” that he authorized, based on the album. The 16-episode series offers visual interpretations of the songs. In the spirit of today’s short attention span, they last 15 seconds each.

Instagram’s Carolynn Cecilia and Nikki Borges were given access to the Blackstar songs last fall. Bowie allowed them a free hand to create the visual series with no limits or conditions from him.

As with much of Bowie’s work, it’s strongly rooted in the visual; there’s no linear narrative. Instead, the images are designed to evoke the mood of the album’s music, lyrics and artwork. Actress Patricia Clarkson (Six Feet Under) and Rookie Magazine‘s Tavi Gevinson star (if that’s what you call it).

As someone whose generation was captivated by music videos on MTV (when they actually played videos), I think this new mashup of music and visuals is something perfectly suited to Bowie’s forward thinking. It’s a nod to the future, as only he could provide.

“Unbound” first aired on February 25th, with new episodes released each Monday, Tuesday, Thursday and Friday at 8 p.m. ET throughout the run of the series. Catch it here.

PS. For more on the late artist and his legacy, check out our posts What Would Bowie Do?, David Bowie: Sometimes Three Years Are Better Than Five, and Bowie: The Karaoke King.

1 comment on “Bowie to the Future: He Does It Again”