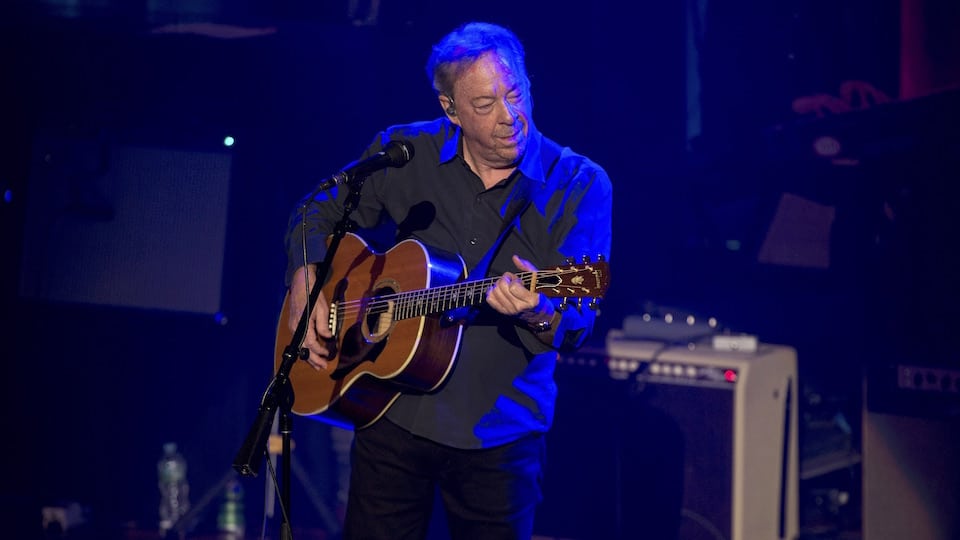 Since his beginnings, Boz Scaggs has been doing the only thing he knows how to: his own. Call him bluesy. Call him soulful. Call him funky. Call him whatever you want, but Boz is Boz and has been for over fifty years now. From a 21-year-old kid trying to sell folk records in Sweden to one of the most debonair rock stars of his time, the Boz has a diverse career to reflect on. Ever since his teenage years, Scaggs has found himself floating around wherever the music has taken him.

After spending a good portion of the late ‘60s in the Steve Miller Band, the Boz decided to go it alone and quickly found his groove at the turn of the ‘70s. His newfound solo career brought a fashionably soulful rock-R&B hybrid to this new decade and the critics loved his style right off: Rolling Stone likened it to “a warm, funky spontaneity, somewhat reminiscent of Van Morrison.” So what if sales didn’t live up to expectations? With little worry and much determination, Scaggs was confident that it was only a matter of time until he would have his moment.

The Boz found his inevitable place in the sun with 1976’s Silk Degrees, an album which sold over five million copies, contained his biggest hit (“Lido Shuffle”), and won him a Grammy for best R&B song (“Lowdown”). Listeners couldn’t get enough of it while some critics felt the LP helped revolutionize contemporary funk in the years leading up to the disco boom. Eventually, the massive success of Silk Degrees resulted in the departure of his backing band (ever heard of Toto?) while Boz himself went on to release four more top 20 hits over the next few years. Yet despite this, come the ‘80s, he did the unexpected: He retired.

With no real explanation, the Boz suddenly fell off the map for nearly a decade. He reserved any live performances for his own nightclubs or private events. Eventually, he returned to the spotlight after this extended seclusion but by then, things had radically changed. With grunge dominating the rock scene, Scaggs’ signature sound no longer clicked with the masses in the same way. Come 1996, he was looking at his first album not to chart. Was a comeback out of the question?

Boz then decided to throw caution to the wind; he followed his heart in lieu of his wallet. The result was 1997’s Come On Home, a mixture of original blues tracks and covers of songs that had shaped his identity. The “new” Boz Scaggs was warmly received; Come on Home didn’t simply remind listeners of an old favorite — AllMusic was touting the man as a “genuine national treasure.” Now, with a new effective formula, Scaggs let loose by cranking out R&B, soul, and jazz selections like clockwork on his subsequent releases.

His latest offering, Out of the Blues, showcases the man at his bluesiest — including an urbane take on Jimmy Reed’s “Down In Virginia,” a killer rendition of Bobby Bland’s “I’ve Just Got to Forget You,” and even a stab at Neil Young’s “On The Beach.” The album has shot straight to number one on the blues charts and certifies Scaggs’ as a blue-eyed soul icon. Not that we’d ever doubted it.

0 comments on “Boz Scaggs Gets Back to the Blues”