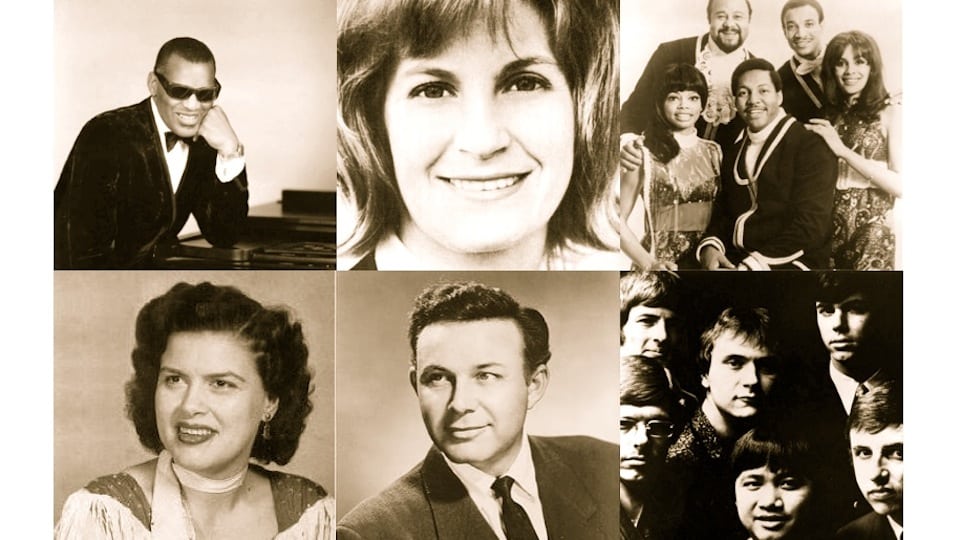 “First place” is everything — most of the time. After all, no one talks about the silver medalists of yesteryear’s Olympics, which horse placed second in the Kentucky Derby, or who was runner-up in the Miss America pageant — unless there’s some sort of scandal or SNAFU. Still, when you think about it, coming in second place is no small thing when you’re talking about a ranking that’s national or worldwide. And so we thought we’d take a moment to celebrate all the number two songs for each year in the 1960s. Here’s to being almost the best.

Percy Faith’s cover of “Theme from a Summer Place” topped the charts at the start of the decade but “Gentleman Jim” Reeves’ country cover of this ballad was close behind, beating out such iconic tunes as Chubby Checker’s “The Twist” and Brenda Lee’s “I’m Sorry.”  Listen to his smooth baritone on this number and you’ll understand why.

Country was a strong presence in pop in the early 1960s and no one crossed over with greater assurance than rags-to-riches Patsy Cline who, like Reeves, was associated with the Nashville sound and sadly (also like Reeves), died in a plane crash. Rest assured the rest of the singers on this Top Ten list are not doomed to an early death. And how Bobby Lewis’ “Tossing and Turning” outsold this classic remains a mystery.

Ask most folks to name a Ray Charles song and they’ll say “Hit the Road Jack,” “Georgia on My Mind,” or his unforgettable rendition of “America the Beautiful.” Yet anyone over 40 probably also recalls this ballad which has been recorded over 700 times but never as romantically as this version by “The Genius.” The Number One song of ’62? Acker Bilk’s “Stranger on the Shore.”

You could create a double album of “The End of the World” covers solely by A-list names. John Mellencamp, Loretta Lynn, The Carpenters, Cyndi Lauper, Dion, Lana Del Rey, Brenda Lee, and even Expose have taken a shot at the tune. But Davis’ lovely rendition remains the definitive one — and a timeless one at that. No one’s saying it’s as good as The Beach Boys’ “Surfing USA” but that’s why it came in second place, not first.

It’s official. Beatlemania has officially started as five of the top 20 songs are by the Fab Four including “I Want to Hold Your Hand” at number one, “A Hard Day’s Night” at Number Thirteen, “Love Me Do” at Number Fourteen, and “Please Please Me” at Number Sixteen. And don’t let the Number Two status for 1964 fool you. “She Loves You” is actually their best-selling single ever. “I Want to Hold Your Hand” was simply released much earlier so it had more time on the charts that year.

Related: The Top 10 Mistakes That Found Their Way Into Beatles’ Songs”

Also known by its parenthetical subtitle “Sugar Pie Honey Bunch,” this soul single may be pure Motown but a disco cover by Bonnie Pointer and a country rendition by Billy Hill charted as well. In short, it’s had a longer lasting impact than 1965’s number one “Wooly Bully” by Sam the Sham and the Pharaohs.

Some songs can transport you back to the time of their creation. Such is the case of this sweet tune by the sunshine pop band The Association. Less so is what knocked it out of first place: Sgt. Barry Sadler’s hyper-patriotic “Ballad of the Green Berets” which literally sold 9 million records.

“Give me a ticket for an aeroplane, ain’t got time to take a fast train…” So opens the Box Tops’ impossibly catchy track which feels as though it were built for karaoke because it’s so easy and fun to sing. You’ll have a harder time stepping up to the mic to sing Lulu’s chart-topping “To Sir With Love.”

The only instrumental song on this list sounds like the theme song from an old movie but in fact, it was originally recorded with lyrics. It just sounds better without them. So much better that it outperformed Otis Redding’s “(Sittin’ on) the Dock of the Bay” and Simon & Garfunkel’s “Mrs. Robinson.” What couldn’t it beat? “Hey, Jude.”

1969: The Fifth Dimension’s “Aquarius/Let the Sunshine In”

The final Number Two hit of the 1960s isn’t one song but two — both of them from the Broadway musical Hair. And to its credit, this medley one-upped the Number One song of the year (The Archies’ “Sugar Sugar”) by picking up Grammys for Record of the Year and something else here. Sometimes, Number Two really is the best.