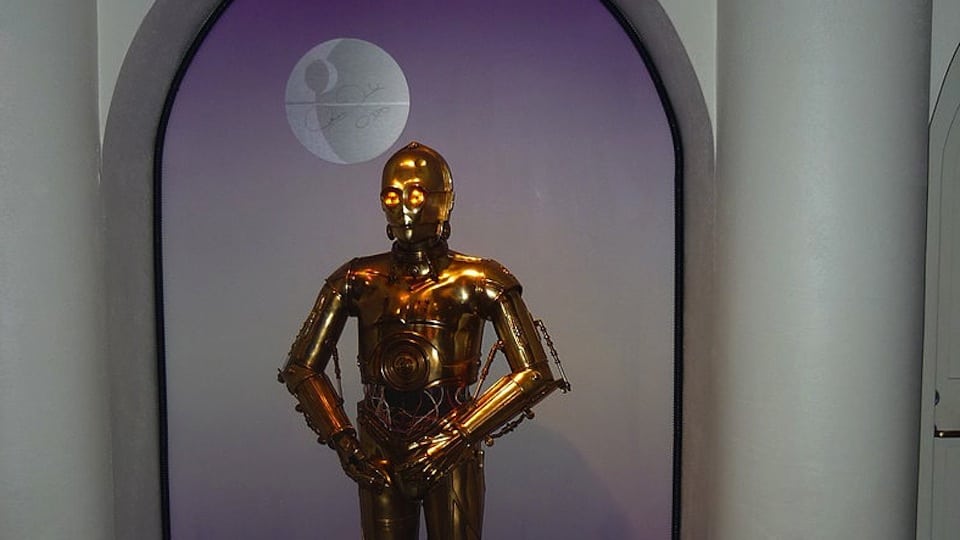 A long time ago, in a pop culture galaxy far, far away, new Star Wars stories were a relatively rare thing. Aside from a few original novels and the excellent radio adaptations*, from 1977 through the mid-80s the further adventures of Luke Skywalker and his friends could only be found in the comics. Unless you lived in a town with a newspaper that featured the daily comic strip, Marvel’s monthly Star Wars comic was the only reliable source. If not for that series, the wait between movies – especially between The Empire Strikes Back and Return of the Jedi – would have felt a whole lot longer.

After a few barren years in the late 80s, the 1990s kicked off a new wave of novels and comics to continue the saga, making the Star Wars universe more thoroughly documented than some actual historical cultures. Good as many of them were, though, the one thing they couldn’t do was tell fans what happened to the Skywalkers and Solos (and their friends) between Return of the Jedi and the next movie adventure. The 2012 announcement of a new movie featuring the original cast changed that in many ways.

The decision ahead of The Force Awakens to restart the non-movie continuity in favor of new series of comics and novels was controversial but also necessary. While many fans loved the earlier “Expanded Universe” stories, many more didn’t know them and the sheer volume of existing material left very little narrative room for a suitably epic new story. What it also did was restore a sense of mystery to Star Wars that had been lacking in the wake of the Prequel Trilogy.

In the same way the Clone Wars sparked the imagination after hearing them referenced in almost mythical terms in the original Star Wars, fans could now wonder what had happened after the Emperor’s defeat to drive the galaxy to war again (if, in fact, the war had ever ended). To date, relatively few of those questions have been answered by the new novels and comics, making each one that does fill in a blank something it really couldn’t be in the old Expanded Universe – special.

A case in point is the just released comic spotlighting C-3PO. Set much closer in time to The Force Awakens than most of the other new stories, this one-off issue entitled “The Phantom Limb” puts sweeping galactic events in the background. Instead, it tells a very personal story that reveals why the normally fastidious droid had a different color arm in the new movie. Along the way, it explores both C-3PO’s character and his unique place in the Star Wars universe.

Writer James Robinson was an especially good choice for this kind of story. Best known for his excellent DC Comics series Starman, a multi-generational saga co-created with this story’s artist Tony Harris, Robinson is remarkably gifted at portraying the little moments that give characters dimension. Likewise, he doesn’t shy away from the moral questions his stories raise. Here the characters – virtually all of them robotic – give voice to one of the darker undercurrents in Star Wars, the sometimes degrading treatment of droids by humanoid life forms.

Though not frequently discussed on-screen and only happening once that we know of, it’s clear enough that wiping droids’ memories is sufficiently commonplace that the humanoid characters don’t think anything of it. Underlying this, despite clearly being sentient, droids are generally treated as property to be ordered around and treated as their owners see fit. That this is done by members of a group of freedom fighters is an element of the Star Wars universe that requires a bit of rationalization.

To his credit, Robinson makes this dynamic a key part of the story. Allied by necessity with a First Order droid called OMRI who holds information vital to the Resistance, C-3PO is forced to consider – perhaps for the first time – the implications of this state of affairs. Chief among them is whether such fundamental ideas like friendship and loyalty are truly meaningful for droids when, as OMRI observes, the practice of wiping their memories means that “any one of [them] could have been serving the other side at some point.”[amazon template=right aligned image&asin=B015AJOKFG]

Variations on this theme wind throughout the story. Sometimes the tone is reflective, as when C-3PO recounts the flashes of his old memories he still can recall. At others, there’s a sly sense of humor at work, as in this exchange between C-3PO and OMRI:

-I like you, Threepio. I honestly wish we were on the same side.
-But like you said before, OMRI…perhaps we were.

Ultimately, the characters come down on the side of friendship and loyalty in a manner worthy of any of Star Wars’ human protagonists. In the process, they embody another of the saga’s enduring values – that of striving to fulfill one’s potential, especially hidden potential. For a comic whose ostensible purpose was to address a tiny point of continuity, it’s an exceptional contribution to the broader story of Star Wars. The only thing that could improve it would be getting to hear C-3PO’s dialogue performed by Anthony Daniels himself.

Photo Credit: Public domain image of a C-3PO replica at the Robot Hall of Fame.