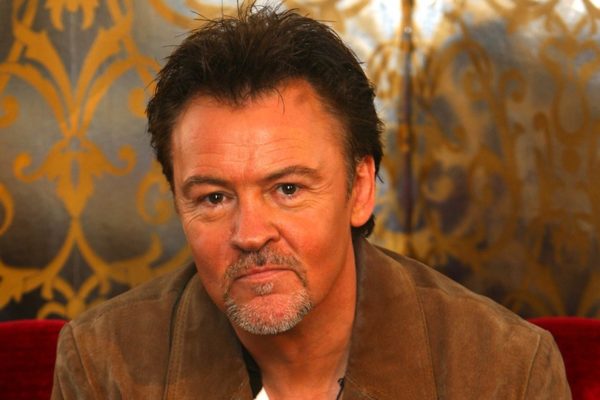 Every holiday, I have to watch that Band-Aid video, “Do They Know It’s Christmas?” And I’m always reminded of what a killer singer Paul Young was/is. (He’s the dude who sings the main part, ‘case you forgot). Besides his Band-Aid gig, this Brit shared his fabulous blue-eyed soul on other 80s songs like “Come Back and Stay,” “Oh Girl” and “Every Time You Go Away.” Oh man…

The reason? It was all getting to be way, waaay too much. He damaged his voice from relentless touring, so he took a big time out to heal his vocal cords and just… be. He got married and had three kids, but his crazy relationship with his model wife Stacey kept the British tabloids working overtime. She cheated on him, he welcomed her back, she cheated again and had her lover’s baby, they split. Oy. Quite the scene for a guy who hated the spotlight to begin with. [UPDATE – they’re back together. For now. No telling when she’ll pop off again….just sayin’]

These days, Paul still performs, albeit with a stripped-down Tex-Mex band called Los Pacaminos. He’s also planning to release a re-mastered version of his breakthrough 1983 album No Parlez and he occasionally appears on various ‘80s tours throughout Europe. But here’s something I betcha didn’t know: Turns out that Mr. Young is quite the cook. He’s appeared on a couple of celebrity cooking shows in the UK, written a cookbook and worked in the kitchen of swanky restaurant, just for fun.

Oh yeah, Paul also took a brief journey to the Tacky Side and competed on a celebrity diving challenge on British TV (um, what?). The bad news is… He lost. The good news? Ladies, Paul Young still has that incredible voice, he can cook the house down… and he looks pretty damn fiiiiine.

PS. While we’re on the subject of great musicians, here are some other posts you might enjoy. That’s My Jam; Why Does No One Record Squeeze’s Songs? and These Guys Were REALLY Behind the Music.

6 comments on “He Came, He Sang, He Left, He Returned: Whatever Happened to Paul Young?”