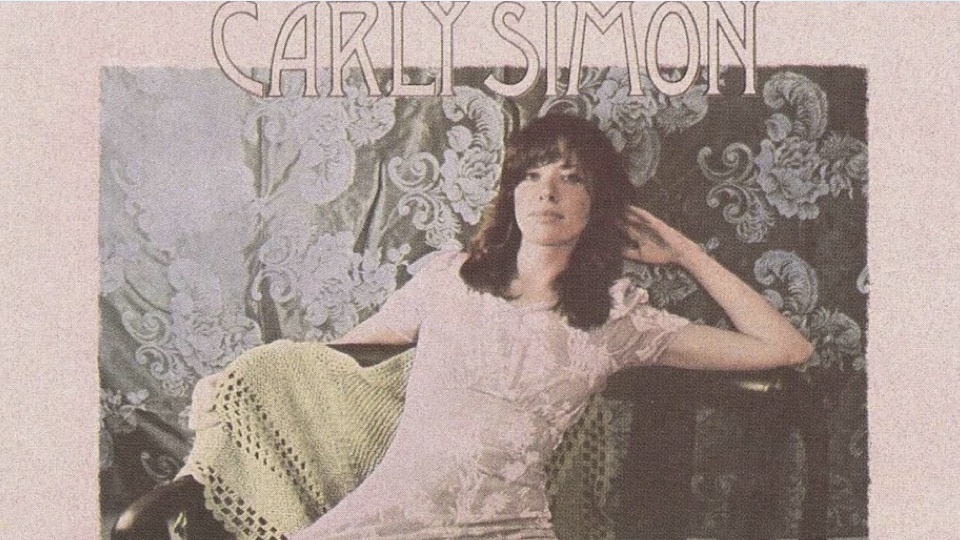 As a young girl, Simon developed a stammer that always seemed to linger in the back of her throat and made its unwelcomed appearance in the most unpredictable of situations. In her youthful diaries, she disassociated from the stammer and dubbed it “famul,” to mask her shame. In order to take control of her voice, her mother suggested that Carly internalize a rhythm for each phrase, and sing out her sentences… this helped in ways they never could have imagined.

Related: “‘The Best of Carly Simon,’ My Mom and Me”

Carly grew up in an incredibly musical family; George and Ira Gershwin could be found at her family’s dinner table, she often heard her father playing Rachmaninoff through the floorboards, and her older sister even became an opera singer. In the 1960s, Carly sang in a folk-style duo with her sister, Lucy: The Simon Sisters. They performed a few club circuits in the US and the UK, and had minor success with the song “Winkin’, Blinkin’, and Nod.” When Lucy began her career and domestic life, Carly found herself without a singing partner, but her passion for music still burned.

From her success with The Simon Sisters, there were industry rumors that producer Al Grossman planned to market Carly as “the female Bob Dylan.” She cut a demo of “Baby Let Me Follow You Down,” that had been re-envisioned for her by none other than Dylan himself. However, since Carly did not give in to the sexual advances made by the producers, she speculates that they deliberately sabotaged the track. She was made to sing in an uncomfortable key, compromising her vocal character. Sharing a scarring experience that many women in the music industry have unfortunately faced, Carly felt they only wanted her for her looks, and not her talents.

Biding her time, Carly worked as a secretary and stagehand for a TV show, The Bitter End, based on the ambiance of the New York club. Around this time, a recent classmate and TV producer was seeking a tune to serve as a theme song for a television special on water pollution, Who Killed Lake Erie? Carly composed the music, which TV Guide described as “weltszmertzy,” a term coined in 1827 by the German author John Paul, perfectly describing the song’s romantic melancholy. Little did she know, she would eventually recycle this tune, repurposing its pensive piano.

After being introduced to (and tossing the I Ching with) manager Jerry Brandt, she was urged to record a few demos to pass along to record labels. Although hesitant as to how they would market Carly’s amalgamation of styles, Jac Holzman of Elektra decided to sign her. Finding herself at Jimi Hendrix’s state-of-the-art Electric Lady Studios with producer Eddie Kramer, Carly began her first solo album. The arranger, Ed Freeman, taught Carly about “head arrangements,” a style of direction that provides the orchestra with enough information to remain organized, but also create the free-form, organic atmosphere that echoes the wistfulness of Simon’s sound.

Opening with “That’s the Way I’ve Always Heard it Should Be,” Simon used the theme music that she composed for Who Killed Lake Erie? She creates an unnerving feeling by arpeggiating the minor chords throughout the piece and working through uncomfortable subject matter. Her co-writer, Jake Brackman, reflected on stories that Carly shared with him about her upbringing, from the constant cold shoulder given her father, to watching her parents’ relationship crumble.

The lyrics reflect the feeling of trying to understand love when the only example of love you have is a damaged one. It’s a song that continues to challenge society’s formula of growing up, getting married, and having kids. The line “drown in love’s debris,” generates the emotional muck that evokes the polluted Lake Erie, Carly’s source of inspiration for the music. The song is artfully composed, and the ending has the effect of being submerged in water, with each ripple echoing “we’ll marry.” “That’s the Way I’ve Always Heard it Should Be” became her first song to feature on the Billboard Hot 100, reaching number 10.

Carly Simon is first and foremost a storyteller with the tenacity for narratives, crafting vignettes about her life and observations. This is especially present in “The Best Thing,” a critically underrated song in Simon’s catalog. She opens with a beautiful image: “we ate on terraces / and drank the cheapest wine.”

Moving on to the next chapter, she sings “I turned the page,” creating the feeling of reading a story, and developing the image of a child’s birthday party. The story then breaks into a space-age dirge of, “what do the people at the end of the world do about time? What about time? Their secret sleeps with me.” In this track, she creates a fascinating blend of the aching love ballad, a cowboy tune (complete with a weepy steel guitar), and an intergalactic requiem. In “The Best Thing,” Carly Simon somehow harnesses the secrets of space and time, pulling listeners in like the moon pulls the tide.

Carly Simon is full of musical surprises that one wouldn’t necessarily attribute to Simon. There are moments of psychedelia in “Love’s Still Growing,” a country twang in “One More Time,” a Bacharach slickness in “Reunions,” and an edgier rock sound in “Just a Sinner.”

The many facets of the album allowed her to springboard into any direction she wanted, she couldn’t be caged into one category. Following the album, Carly became the opening act for Cat Stevens, performing at The Troubador and The Whiskey in Los Angeles.

This album earned Carly a Grammy for “Best New Artist” in 1971. As her first solo release, it exhibits the raw forms of her talents that she has continued to hone throughout her remarkable life; from composing music, effortlessly moving between piano, guitar, and orchestral arrangement, to the written word.

Carly Simon, the goddess of Martha’s Vineyard, is a seminal songstress who, in her debut album, used her enchanting voice to break the spell of the happily ever after, providing a refreshing realism that still rings true, 50 years later.