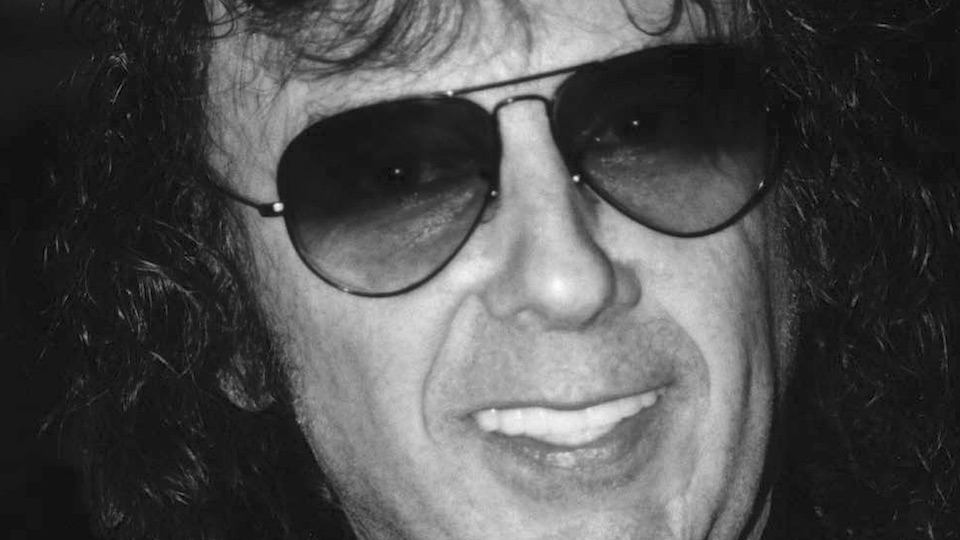 With some talented artists, there’s a fine line between genius and madness. In the case of legendary producer Phil Spector, that line became blurred almost beyond recognition. Spector, who passed away recently, was serving time in prison for the 2003 shooting of actress Lana Clarkson. His brilliant work in the studio with The Ronettes and The Righteous Brothers has often been overshadowed by accounts of his mercurial personality, violent and abusive behavior, drug use, and an obsession with guns.

Related: “Let’s Shine A Light On ‘The Midnight Special'”

It’s difficult and likely impossible to reconcile Spector’s dark side with his extraordinary musical gifts. Despite this dichotomy, he had a hand in creating some of the most unforgettable music of the rock and roll era, which has influenced artists such as Brian Wilson, The Beatles, Billy Joel, and Bruce Springsteen. As many have noted in the wake of his passing, it is probably best to salute the music, and not the man. With that in mind, here are eight examples of Spector’s in-studio wizardry.

He’s a Rebel – The Crystals

This terrific song (written by Gene Pitney) was Spector’s second number one hit as a producer. It was actually performed by the girl group The Blossoms, who were employed as back up singers by Spector. Since The Crystals were on tour at the time, he took the Blossoms’ version of the tune and released it as a single under The Crystals’ name. The lead vocalist on the song, Darlene Wright (who changed her name to Darlene Love), went on to record “He’s Sure The Boy I Love” and to perform on many other tracks for Spector, though he often credited them to The Crystals or other artists. Other enduring hits that Spector issued as Crystals records include “Da Doo Ron Ron” and “Then He Kissed Me.”

Be My Baby – The Ronettes

If Spector had only produced this one record, his place in rock and roll history would be assured. This unforgettable tune, with its indelible introduction (courtesy of drummer Hal Blaine), Ronnie Bennett’s spectacular vocal, combined with Spector’s expansive “Wall of Sound” production, instantly propel the song into classic status. Written by Jeff Barry and Ellie Greenwich with Spector, it’s been cited as one of the greatest pop records ever made by many artists, including Brian Wilson. If ever there was a song that truly encapsulates the joy of being in love, “Be My Baby” perfectly accomplishes that feat. The Ronettes would go on to have a number of other hits produced by Spector, including “Baby, I Love You” and “Walking In The Rain.” Lead singer Ronnie married Spector in 1968. Their tumultuous union lasted until 1974. Ronnie Spector has since gone on to become a rock and roll icon in her own right.

This song was originally included on A Christmas Gift For You From Phil Spector, a 1963 compilation of holiday music from the artists on his Philles label. The song showcases Darlene Love’s magnificent vocal, augmented by Spector’s sterling production work. “(Christmas) Baby Please Come Home” has grown steadily in popularity in the ensuing decades. From 1986 through 2014, Love performed it regularly on David Letterman’s late-night talk shows on both NBC and CBS during the holiday season. The song has been covered by a variety of artists, including U2 and Mariah Carey, and is arguably the greatest rock and roll Christmas song of all time.

This song is a prime example of Spector’s multi-layered, orchestral “Wall of Sound” technique, combining the voices of Bill Medley and Bobby Hatfield with the incredible work of the talented ensemble of studio musicians known as The Wrecking Crew. This atmospheric hit was recorded over a period of two days, and took around 39 takes to complete. When the song was initially released, some radio stations were reluctant to play the record because it was longer than the traditional three-minute singles that were the norm at the time. “You’ve Lost That Lovin’ Feeling” went on to top the charts and has since become a pop standard. It’s a stunning piece of work that can send chills down your spine.

River Deep, Mountain High – Ike & Tina Turner – Spector wanted to work with Tina Turner after seeing her perform. He brought her and then-husband Ike Turner into the studio to record this song, an epic mix of R&B and rock and roll. At the time of its original recording, it was one of the most expensive singles ever produced. In addition to the outstanding vocal performance by Tina, “River Deep, Mountain High” features an astounding array of twenty-one backing musicians, including four drummers. The single wasn’t a hit upon its original release in 1966, but its reputation has grown over the years, and the song is now considered a classic.

What Is Life? – George Harrison

Both George Harrison and John Lennon were impressed by the work Spector had done to shape The Beatles’ “Get Back” sessions into the album that became Let It Be. Lennon and Harrison worked with Spector on Lennon’s single “Instant Karma” and Harrison invited Spector to co-produce his 1970 solo album, All Things Must Pass. “What Is Life?” with a stirring vocal by Harrison, towering guitar sound (including work by Eric Clapton), and jubilant tone, is one of the strongest tracks on a record that has come to be regarded as one of the best solo efforts by a member of The Beatles.

Spector worked with Lennon on several albums, including the stark, striking 1970 release Plastic Ono Band and the ill-fated Rock ’n’ Roll covers project. He also co-produced Lennon’s 1971 classic Imagine with Lennon and Yoko Ono. The former Beatle reportedly had a good working relationship with Spector in the studio, and the union of Spector’s production style with Lennon’s superb songwriting brought about some memorable music, including this song, which began life as “Child of Nature,” originally penned by Lennon during the time the Beatles spent in India in 1968. “Jealous Guy” has been since been covered by Roxy Music, The Faces, and The Black Crowes.

Born To Be With You – Dion

Later in his career, Spector produced several records that were considered critical flops or savaged by the artists he worked with, including Leonard Cohen’s Death of a Ladies’ Man and The Ramones album End of the Century. Born To Be With You, a collaboration between Spector and Dion DiMucci, best known for his work as the lead singer of Dion and The Belmonts, was later disowned by DiMucci, who disliked the dark tone of the songs, and the production by Spector. After a tumultuous and lengthy period in the studio, the record’s release was shelved for a time by Spector himself. The album has gone on to become something of a cult favorite. The title track is an example of the record’s moody and contemplative sound, which has been praised by Pete Townshend and Andrew Loog Oldham, among others.