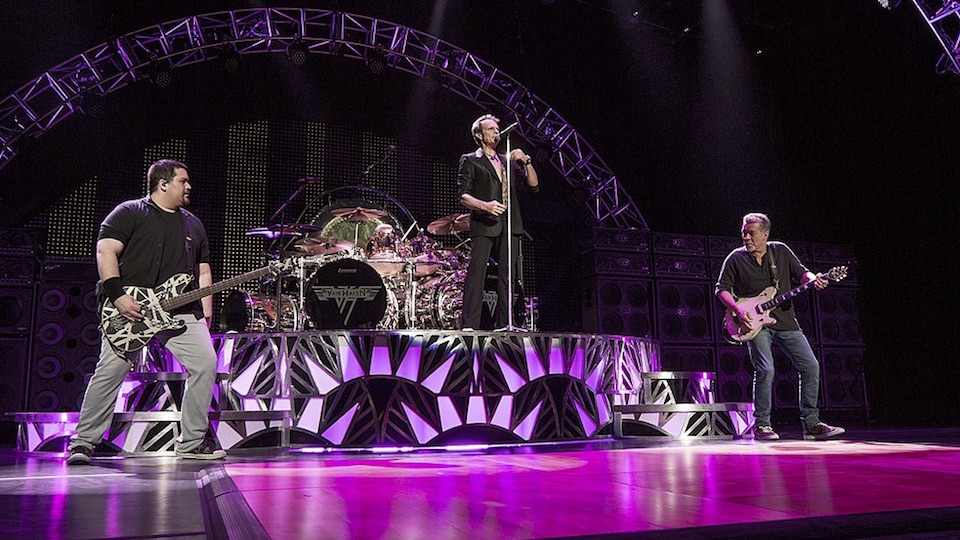 For some, the untimely passing in October 2020 of guitar legend Eddie Van Halen was the first time they had heard of his only child Wolfgang Van Halen. His was the first announcement of his father’s passing via a heartfelt message and image on Twitter. Wolfie, as he was called, was the son of Eddie and actress Valerie Bertinelli. In 2007, the couple divorced after 26 years of marriage but stayed close. In November 2020, Wolfie’s band Mammoth WVH released the song “Distance” with an accompanying video that includes clips of the Van Halen family home videos. In these videos, it’s not hard to pick out the recurring theme of Eddie sharing music and playing for Wolfie from an early age. And while it was not certain, it was not unexpected when the young Van Halen decided to follow in his father’s footsteps.

Named after composer Wolfgang Amadeus Mozart, being the child of a virtuoso meant being surrounded by instruments, music, and songwriting. But from the start, Eddie planned to allow Wolfgang to pursue whatever career he wanted (although he wasn’t protesting if that included music).

At age ten, Wolfie received a set of drums as a birthday gift from Eddie’s bandmate and brother Alex, who provided a smattering of lessons but nothing too formal. The youngster then switched to the guitar and finally to bass, thinking that it was just an easier version of the guitar (he also plays keyboards). He later admitted that bass was in many ways the more challenging instrument.

As Wolfie became more comfortable on bass he joined his father on the 2004 Van Halen Tour and made guest appearances on stage for a few songs. He had a tutor in tow to help him keep up with his studies.

In 2007, Wolfie replaced original Van Halen bassist Michael Anthony. Former lead singer David Lee Roth (who had left in 1985 at the group’s height of popularity) agreed to return and perform with the band. With Alex back on drums, the “new” Van Halen played 74 shows, this tour becoming the band’s highest-grossing since their inception. Bertinelli later conceded that had it not been for Wolfie, the band would neither have reunited nor toured.

At Wolfie’s urging, Eddie reluctantly agreed to record a new studio album; in 2012, Van Halen released A Different Kind of Truth. In pursuit of the sound Van Halen embodied during the band’s early work, this album included mostly re-recordings of older demos and former B-sides the band felt had been overlooked. If you listen to songs like “Tattoo” and especially, “She’s the Woman,” there’s no question that the youngest Van Halen is no slouch on bass. The album reached #1 on the US Billboard top Rock Albums and #2 on the US Billboard 200. It also turned out to be the last Van Halen studio album.

With Van Halen on respite, Wolfie subbed for bass player Brian Marshall in Mark Tremonti’s band on the album All I Was. He then was asked to be a permanent replacement and recorded two more albums with Tremonti (Cauterize and Dust).

After wrapping up that collaboration, Wolfie announced he would be recording a solo album in which he would play every instrument and do all of the vocals. He formed his own band and named it “Mammoth WVH,” which was the name Eddie and Alex had given Van Halen just before David Lee Roth joined. In an interview with Italy’s Linea Rock, he described being nervous about approaching his father regarding using that name. The senior Van Halen was flattered.

The father and son Van Halen were always close, and as a tribute to his son, Eddie Van Halen named a custom guitar after Wolfie, the Fender EVH Wolfgang. The instrumental “316” from For Unlawful Carnal Knowledge is named after Wolfie’s birthday (March 16). In his own tribute, Wolfgang named the instrument that he uses the “Franken-bass.” It’s built in the same style as father Eddie’s iconic “Frankenstrat” guitar.

As noted above, the first song released by Mammoth WVH in late 2020 was “Distance,” Wolfgang’s tribute to his late father. The group’s official album is slated to be released around mid-2021, followed by a tour. His band will include guitarist Frank Sidoris (The Cab, Slash feat. Myles Kennedy and the Conspirators), drummer Garrett Whitlock (Tremonti), and bassist Ronnie Ficarro (I Am Ghost, Falling in Reverse). On the tour, Wolfie will handle lead vocals and lead guitar. And while Wolfie does have big shoes to fill, he certainly had a teacher that gave him a great head start.

1 comment on “Wolfie Van Halen: Filling Big Shoes, Stepping Into His Own”